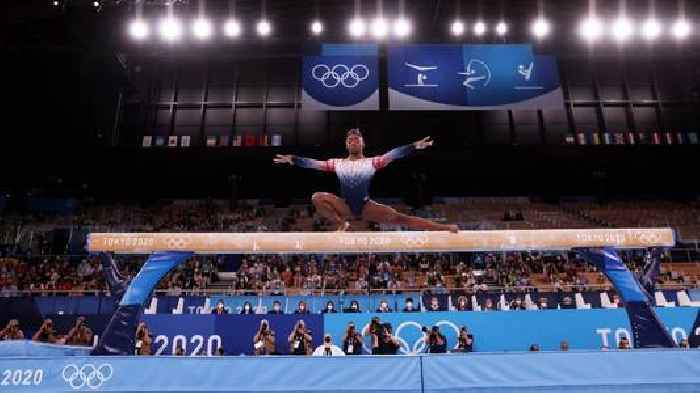 NBC’s coverage of the Tokyo Olympics have been beset by numerous challenges during its stormy two-week run, as the lack of notable American stars competing and a confusing broadcast schedule led to some of the worst Olympic TV ratings in history.

But the Olympics had led to at least one win for NBCUniversal, and it might be the most important one: NBC’s gambit to put some of the most popular events on its fledgling Peacock streaming service has led to more people than ever checking out the year-old platform.

Even if it came at the cost of infuriating many of its viewers (and TV advertisers).

According to data from data firm Antenna, the opening weekend of the Games (July 23-25) drove the highest number of sign-ups for one of Peacock’s two paid subscription offerings in the service’s short history, though it did not give hard numbers.

And the Games also led to more new subscriptions than other big content plays. The Olympics drove 151% more paid sign-ups than the service’s introduction of “The Office” in January, 108% more sign-ups than April’s “Wrestlemania” and 50% more sign-ups than the Universal animated sequel “Boss Baby: Family Business,” which debuted over the Fourth of July weekend in a hybrid release in theaters and on premium video-on-demand.

Peacock has reached 54 million sign-ups to-date and 20 million monthly active accounts, NBCUniversal’s parent company Comcast revealed last month during its second-quarter 2021 earnings call. And those don’t include the month of July, when the Olympics began.

The overall signup tally is up from the 42 million subscribers that the company reported by the end of March. That’s well ahead of targets, as Comcast had previously projected Peacock would have up to 35 million subscribers by the end of 2024. That is a far cry from its competitors, led by Netflix with more than 200 million global subs, and Disney+’s more than 100 million. WarnerMedia’s HBO Max, which launched shortly before Peacock did last spring, has more than 44 million subs between HBO Max and HBO.

However, we still do not know how many people are actually paying for the service, since Comcast does not break those numbers out specifically, but Laura Molen, president of NBCU Advertising Sales and Partnerships, told TheWrap in an interview “we’re thrilled with the results” of the Olympics strategy.

It should be noted that Peacock was finally made available on Amazon Fire TV devices, a huge player in the streaming world, during the second quarter.

That should help sooth what has otherwise been a disastrous Olympics, which enraged and confused viewers who have complained about where to find each event — along with Peacock, coverage has been spread among cable channels like USA and the soon-to-be defunct NBCSN, as well as other digital platforms like NBCOlympics.com and the NBC Sports app (A rep for NBC Sports said a full schedule can be found here).

The TV audience on NBC has have sunk by as much as 51% in primetime from the Rio Games in 2016, which were already down from the London Games of 2012 (the 13-hour time difference compared to the East Coast did not help matters). Across all of its TV coverage, viewership has dropped 45% from 2016. The Games got off to a bad start with the smallest audience ever for an Opening Ceremonies.

On Friday, NBC put a brighter spin on its Olympics performance, touting more than 100 billion minutes of content viewed across all of its platforms and said that streaming viewership is on pace to surpass that of Rio in 2016.

During Comcast’s earnings call, NBCU CEO Jeff Shell admitted the company had some “bad luck” with COVID-era restrictions, no spectators and the most famous American athlete, Simone Biles, sitting out the majority of her events due to mental health challenges.

“We had a little bit of bad luck, there was a drumbeat of negativity, the Games got moved a year, no spectators,” Shell said. “The flip side is that the digital strength has kind of offset that… Net-net, with all this bad luck, we’re going to be profitable on these Olympics, which we’re very happy with.”

For Peacock, it will ultimately be judged a success if it can convince those who paid up or at least took out a free trial to watch the Men’s Basketball Team win its fourth consecutive gold medal to stick around, and analysts who previously talked to TheWrap believe that will be much harder.

“They’ll have a short window where they can use the Olympics to drive downloads and trial. But it will be tricky to create a habit of visiting Peacock in such a short time,” MoffettNathanson analyst Craig Moffett told TheWrap a month ago. “They’ll be hampered by that lack of originals when it comes to bringing people back. It’s almost as if they’re using the Olympics to sub for the fact that they have so little new scripted programming to create buzz with. That’s a high-risk strategy. The Olympics only last two weeks.”

NBCUniversal hasn’t shared how many subscribers its Peacock streaming service added during the Tokyo Olympics — and we may not..