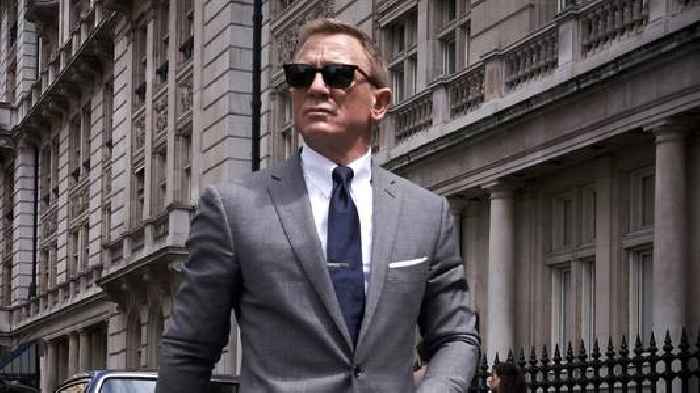 After over a year of delays, MGM’s top execs took the stage at CinemaCon last month and delivered good news to theater owners: “No Time to Die” is full steam ahead for release in theaters on October 8. And while the film won’t be the enormous hit that MGM and overseas distribution partner Universal hoped for, the 25th James Bond film can still be a major stepping stone for rebuilding a box office crippled by the COVID pandemic.

Analysts and rival distributors say that even though grosses will be down from past 007 titles, “No Time to Die” could still be just as or even more successful than recent Hollywood tentpoles like Universal’s “F9” or Disney/Marvel’s “Shang-Chi and the Legend of the Ten Rings” in the U.S. and Europe, where Bond films particularly perform well. One distribution executive noted that Bond’s decades-long history makes it a blockbuster franchise that draws out more older moviegoers than “Fast & Furious” or Marvel films, and could help increase confidence and interest in moviegoing among a 35-plus demographic that did not turn out this summer nearly as much as their younger counterparts.

“‘No Time to Die’ is going to be a really great litmus test of where the industry stands in getting things back to normal,” this executive told TheWrap. “Bond has a broader appeal among age groups, or at least adult age groups, than most other action franchises, and so far we really haven’t seen a film that commits to a theatrical release that is reaching out to older audiences. Bond could be that.”

As TheWrap’s Benjamin Svetkey wrote, there’s no perfect option for MGM in these circumstances. Daniel Craig’s final outing at 007 was potentially a $1 billion-plus grosser when it was originally set for release in spring 2020. MGM, longtime co-producer of Bond films, has taken over U.S. and U.K. distribution of the franchise from Sony, while Universal handles the theatrical release for the rest of the world.

The film stands as MGM’s sole major tentpole; so when COVID-19 derailed release plans, the studio — along with Bond owners Eon Productions — had to find some way to keep the martini glass half full. Even in the best case scenario, “No Time to Die” is likely to max out at around $600 million in global ticket sales, well short of the $880 million scored by the last Bond film, “Spectre.” in 2015. It will then be up to post-theatrical revenue to make up the money lost, even as pandemic delays have driven up costs on a blockbuster budgeted at $250 million.

But in the U.K., where Bond has always been one of the highest grossing films of any year it opens, there’s hope that it can become the surprise for Britain that “Shang-Chi” was in the United States.

Boxoffice editor Daniel Loria points to how well London-born director Christopher Nolan’s “Tenet” performed in U.K. theaters last year. With vaccines still not approved and theaters still under significant capacity restrictions, “Tenet” opened to $7.1 million and grossed $23.4 million in the U.K., far beyond what was expected at the time.

“We are all being cautious in how we measure box office expectations and performance during this rebuilding period, but we should never discount the possibility of a film seriously overperforming, and ‘Tenet’ proved that in the U.K. with all the hurdles it faced,” Loria said. “‘No Time to Die’ probably won’t do as well as ‘Spectre’ but if Nolan could get that level of turnout last year, then Bond, which is an institution in Britain, could very well be the biggest film of the year in that country.”

Phil Clapp, CEO of the U.K. Cinema Association, is reluctant to pin the hopes of British theaters on “No Time to Die” or any other single film, but agrees with Loria’s optimism. As in the U.S., British cinemas are seeing steady turnout from younger audiences but not so much older ones thanks to a mix of COVID reluctance and a lack of films targeted for them. But he thinks this fall could see that trend change starting with Bond as well as awards-season fare that skews to an older audience.

“Cinemagoing is a habitual thing. If Bond was the only film and there was nothing to follow it, it would be like we marched people up to the top of a hill and then left them with nowhere to go,” Clapp said. “But after Bond comes ‘Ghostbusters: Afterlife’ and ”West Side Story’ and especially for British audiences ‘Downton Abbey 2,’ all of which people who see Bond will see previews for. With these films, we are feeling more comfortable that we can satisfy that appetite for older audiences.”

In the U.S. and U.K., “Spectre” had a combined box office total of $324.5 million, with $200 million coming from the U.S.. While COVID-19 infection rates are declining in major cities like New York, Los Angeles and San Francisco, the Delta variant surge lingers in many parts of the U.S., so it’s likely that “No Time to Die” will have a lower domestic run.

But given the success of “Shang-Chi” over the past two weekends, “No Time to Die” could still gross $150 million if word of mouth is strong, though the film will also have to compete with Sony’s “Venom: Let There Be Carnage” (out the week before, on Oct. 1) and Warner Bros.’ “Dune” (due in theaters and on HBO Max two weeks later, on Oct. 22). Just by topping $115 million, the Bond film will pass the domestic run of “Creed II” and become the highest domestic grossing film distributed by MGM since 2002’s “Die Another Day” — last film in the 007 franchise on which MGM handled domestic distribution before handing it off to Sony for the four Craig films.

U.K. prospects are more difficult to determine. The highest grossing film there this year is “Peter Rabbit 2” with $27.2 million back in May. “No Time to Die” should top that, but by how much is anyone’s guess. Analysts will have a better idea of just how high interest is after a few days of advance ticket sales, but British chains Vue and Odeon are reporting strong initial sales in the first 24 hours.

Assuming that the film grosses $60 million in the U.K. — slightly more than double the total for “Peter Rabbit 2” — then a US/UK combined total of $180-200 million should be a feasible goal. Again, that’s nowhere near what “Spectre” made, but higher grosses will be a sign that infrequent moviegoers are starting to return to cinemas, and getting that group to return is essential to getting theatrical revenue back to pre-pandemic levels.As for the rest of the world, “No Time to Die” faces plenty of hurdles. Capacity restrictions are in place for theaters in many parts of the world, especially in the Asia-Pacific region where 60% of Australia is under lockdown, heavy restrictions are in place in Korea and Japan, and much of Southeast Asia has theaters closed entirely. Europe is looking somewhat better, as numbers are gradually ticking upward again after France, Italy and Germany instituted vaccine mandates for theaters.

But even there, Loria feels optimistic about “No Time to Die”‘s chances considering that Universal will be handling distribution for those territories. He points to the success of “F9” as proof of Universal’s ability to handle the complexities of COVID-era film distribution, as the “Fast & Furious” installment grossed $714 million worldwide, including $338 million outside of the U.S. and China.

“The global market has changed since June, but Universal did a great job steering ‘F9’ through the pitfalls of a global market where every country is at a different stage in fighting COVID-19,” Loria said. “If there is any studio that knows how to release a global blockbuster in this challenging environment, it’s them.”

All Bad Choices for James Bond: Should 'No Time to Die' Stick to October Release?

Toronto So Far: It’s Good to Be Back, but Where’s the Buzz?

Out of the many ads that precede public screenings at the Toronto International Film Festival, there’s one that has drawn..

All Bad Choices for James Bond: Should ‘No Time to Die’ Stick to October Release?

While holiday weekends from Martin Luther King Day in January to Thanksgiving in November have launched countless box office hits,..