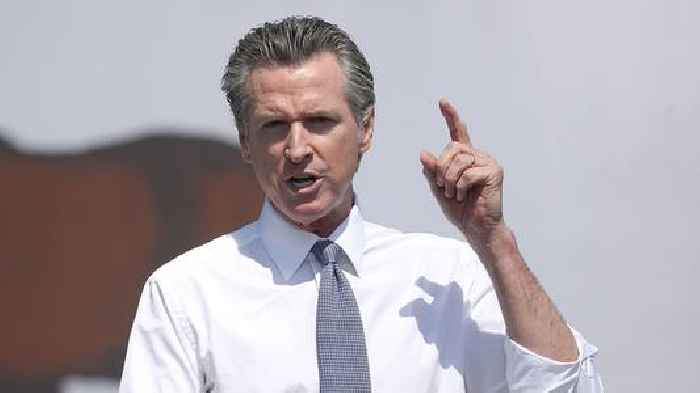 *T*he results of California’s gubernatorial recall election are in and Gavin Newsom’s job (and the state’s Democratic Senate delegation) is safe. California voters shot down the attempt to recall Newsom by an overwhelming margin.

MSNBC and CNN both called the election for Newsom less than an hour after California polls closed; according to MSNBC, the tally as of 8:40 p.m. was 67% against, 33% for the recall.

The victory was apparent well before the race was called, with mail-in ballots showing clear opposition to recalling Newsom. In fact, in Los Angeles County — California’s most populous, with more people than the next three biggest combined — a whopping 76% of mail-in ballots were no votes, according to the Los Angeles Times.

“We may have defeated Trump, but Trumpism is not dead in this country. The big lie, January 6 insurrection, all the voting suppression efforts that are happening all across this country, what’s happening, the assault on fundamental rights… it’s a remarkable moment in our nation’s history,” Newsom said later in the speech. He also thanks both supporters and opponents for turning out to vote.

Had Newsom been recalled, it would have been only the second successful recall in California history, following the that of Democratic Gov. Gray Davis in 2003. But despite the final results, it didn’t always look like a lock for Newsom. In late July, a poll showed that 47% of respondents intended to vote yes, compared to just 50% who said they would vote no, a neck and neck result driven primarily by a voter enthusiasm gap that defied the state’s otherwise overwhelming liberal majority.

While that poll was by no means evidence that the recall would succeed, the danger to Newsom was real, thanks to the confusing way California recalls are conducted. Voters must either vote yes or no on the recall and also select a replacement if the recall succeeds, on the same ballot. But the recall needs only a simple majority to pass, and the only requirement for the winning replacement candidate is that they get the most total votes among the other candidates. There were 46 candidates on the ballot. which meant that the recall could have won by just 51%, installing a replacement who didn’t get anything close to 50% of the vote.

The poll served as a wakeup call for Newsom and California Democrats, who dramatically increased ad and campaign spending in the following month.

Of course, the circumstances for Newsom were very different than those faced by Gray Davis 18 years earlier. For one thing, while Newsom’s response to COVID-19 has often been criticized, he wasn’t specifically blamed for it the way that Davis was unfairly blamed for the early 2000s energy crisis. And in 2021, the California GOP didn’t benefit from an almost universally beloved Hollywood icon like Arnold Schwarzenegger entering the race as a Republican.

But Newsom’s biggest assist may have come from the Republican party itself and its leading candidate, Larry Elder, a fringe right wing radio host who made a point of announcing his intent to enact policies opposed by the vast majority of Californians. Among them, Elder opposes highly popular measures to combat the spread of COVID-19, supports the repeal of Roe v Wade, and has vowed to replace Democratic Senator Diane Feinstein with a Republican if she dies in office or retires. Elder, who is Black, has also said that the descendants of slave owners deserve reparations. And he opposes any and all minimum wage laws.

All of that no doubt helped cement the Democratic party’s strategy of describing the recall effort as an attempt to steal what could not be won in a legitimate election, under the slogan “Republican recall.”

On Monday Elder, anticipating the loss, took a page from Donald Trump and started to advance outright lies about voter fraud. Elder directed his voters to report any instances of voter fraud on an online form that claimed it had “detected fraud” in the “results” of the California recall election and that Newsom had been “reinstated as governor.” Of course, even without the obvious bad faith propagated by that website, experts have confirmed there is no evidence of fraud associated with the recall vote.

While opposition to Newsom’s COVID policies integral to the recall effort and his opponents’ campaign strategies, the ongoing pandemic had other impacts on the election: The man who organized the petition behind the attempt to recall Newsom became sick with COVID-19 last week after previously refusing to get vaccinated.

Orrin Heatlie, a retired Yolo County sheriff’s sergeant, told The Sacramento Bee that his symptoms weren’t serious enough to require hospitalization or measures such as monoclonal antibody treatments. He also confirmed to the paper that he wasn’t vaccinated.

Heatlie filed the petition to recall Newsom in early 2020, before the COVID-19 pandemic, at the time justifying it because he disagreed with Newsom’s policies regarding immigration and crime on grounds that critics have said are racist. For example, in a 2019 Facebook post, he wrote “Microchip all illegal immigrants. It works! Just ask Animal control!” He was later suspended from Facebook for this post.

SE Cupp: Newsom's win shows it's the worst of times for the GOP

CNN’s SE Cupp discusses the “tale of two Larry Elders” and what led to the California recall election after Democratic Gov...

Enten breaks down what California voters had to say

CNN’s Harry Enten breaks down how voters in California felt about Gov. Gavin Newsom, challenger Larry Elder, and the issues at..