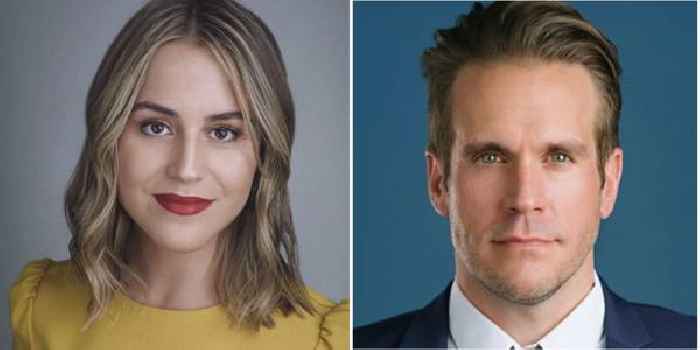 Daria Cercek and Mike Ireland are being upped to co-heads of Paramount Pictures’ Motion Picture Group in the wake of Emma Watts’ exit.

Earlier on Friday, it was announced that Watts would be leaving her position following the ouster of chairman and CEO Jim Gianopulos.

Cercek and Ireland, previously co-presidents of production, will report to Brian Robbins, who was recently announced to replace Gianopulos as president and CEO of Paramount. The duo will continue to oversee the studio’s motion picture slate from development through release for Paramount films.

“Daria and Michael each have built tremendous track records in their careers, and their collective experience has already brought so much benefit to Paramount since joining the organization,” Robbins said in a statement. “Paramount also benefited greatly from the deep talents of Emma Watts who, among so many accomplishments, helped build a terrific team at the studio, facilitated overall deals with top-tier talent including John Krasinski and Ryan Reynolds, and shepherded a number of exciting upcoming projects including the latest film in the Star Trek franchise, the newest ‘Transformers’ film, and a star-studded ‘Dungeons & Dragons’ adaptation. We wish her nothing but success in her future.”

Ireland joined Paramount in November 2020 as co-president of production and began his career as a network executive at MTV in 2003. He joined Leonardo DiCaprio’s production company, Appian Way, in 2007, and he then joined 20th Century Fox in 2012 as SVP of production.

Since joining Paramount, Cercek and Ireland spearheaded productions like the latest “Transformer” film, Sandra Bullock’s “The Lost City,” “Babylon” and the sequel to “Sonic the Hedgehog.”