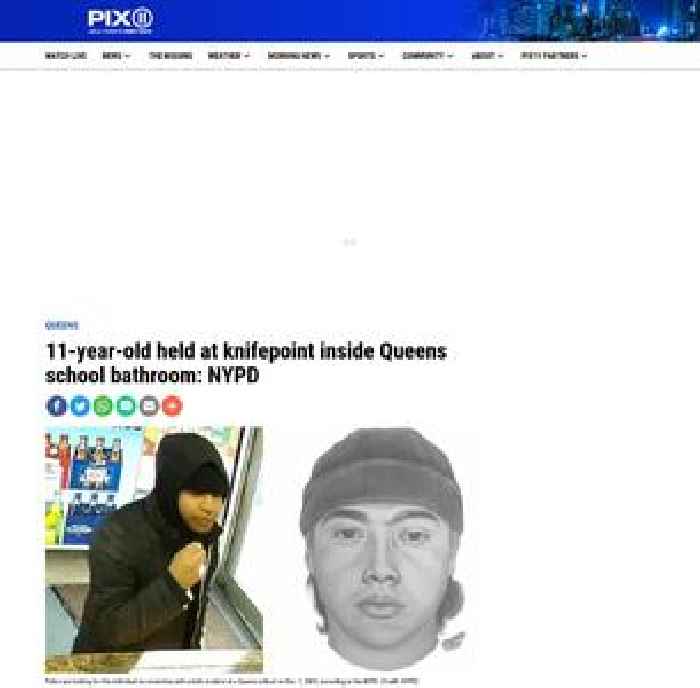 BRIARWOOD, Queens — An armed individual held an 11-year-old student at knifepoint in the bathroom of a Queens school on Wednesday, police said on Saturday. The NYPD released a photo and sketch of the suspect, who police believe was also behind a knife attack in the same neighborhood after he fled the school. The ordeal [...]

It happened Wednesday at 2:30 p.m. at Robert A. Van Wyck Junior High School on 144th Street and 85th Avenue.