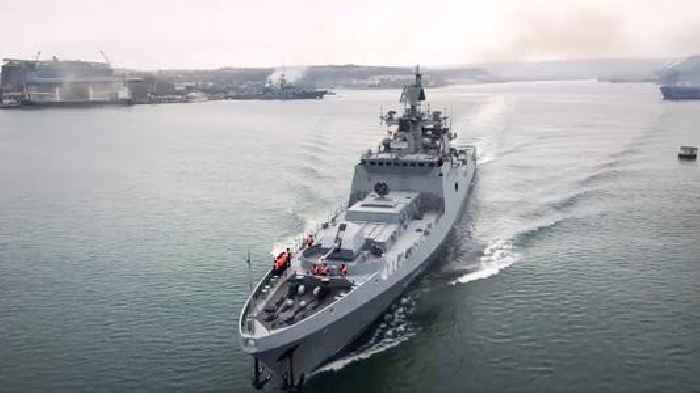 Watch VideoRussia showcased on Friday its naval military might in the Black Sea.

And earlier this week in Belarus, whose southern border is less than 50...