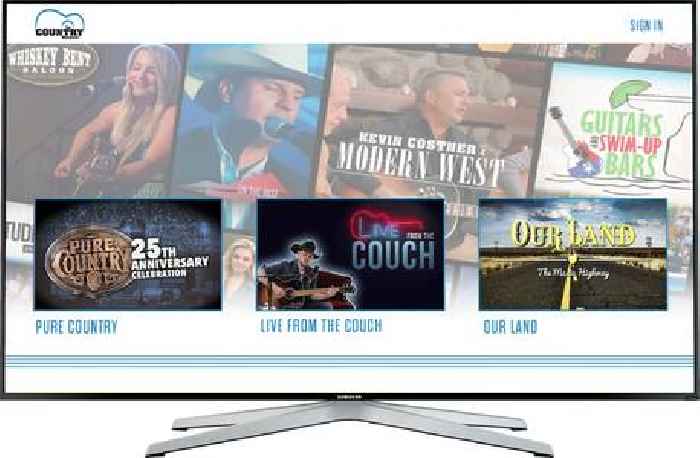 *LOS ANGELES, CA / ACCESSWIRE / June 24, 2021 / Cinedigm* (NASDAQ:CIDM), the leading independent streaming company super-serving enthusiast fan bases, announced today a partnership with *The Country Network*, one of the country's top music video linear cable TV networks, to accelerate its growth through an aggressive streaming distribution strategy. *The Country Network, *which is currently distributed on cable & OTA systems in more than 51 markets and 40 Million DMA households, features original series, intimate concerts and country countdowns from many of today's top artists. The partnership with Cinedigm will expand the channel's footprint across the exploding streaming ecosystem via the creation of FAST (Free Ad Supported Television), AVOD and MVPD offerings for distribution via connected TVs, digital set-top boxes, media-streaming devices, as well as the web. *The Country Network *streaming channel is the latest addition to Cinedigm's vast roster of enthusiast channels and services currently live across the broader OTT landscape on distribution partners including The Roku Channel, Pluto TV, Samsung, TCL, Vizio and many more.

"Country music has one of the most engaged demographics across the medium," said Erick Opeka, President of Cinedigm Digital Networks. "As chord cutting continues to happen, Cinedigm is partnering with *The Country Network* to expand its reach to a very enthusiastic audience. Music has been at the forefront of digital consumption for decades, so it's only natural for the channel to take its next step in the technological evolution of streaming. We're thrilled to be stepping in at this important moment as we help broadcast and cable networks expand into the fastest growing segment of the ad-supported business."

"We are excited to partner with such an innovative streaming company as Cinedigm" said Tim Eaton, President & CEO, The Country Network. "Following the footsteps of Cinedigm's history with quality entertainment, TCN takes pride in the high quality of our content. We record our original shows in 4K and sweeten all the music for a dynamic customer experience. Working with an industry leader like Cinedigm, places TCN in a position to expand the family of viewers while delivering a high-quality entertainment network."

The channel provides viewers with an intimate look at todays' country superstars, along with up-and-coming acts to watch, as well as devoted blocks of their favorite music videos. In addition, the channel features specials with Hollywood superstars like Kevin Costner and stand-up comedy from the likes of William Lee Martin. With thousands of hours of programing available, highlights of the channel include:

An innovator in the digital transformation of the entertainment industry for more than two decades, the deal continues Cinedigm's core mission to entertain the world by building the world's best portfolio of enthusiast channels and services for the streaming generation. Through a diverse mix of premium SVOD services and dedicated AVOD and FAST channels, Cinedigm's streaming portfolio reaches indie film (Fandor), horror (Screambox & Bloody Disgusting) and family entertainment (Dove Channel), as well as dedicated channels for iconic entertainers, led by Bob Ross (The Bob Ross Channel). Cinedigm's ultimate goal is to build destinations that immerse viewers in content they love while staying at the forefront of technology as the streaming industry continues to evolve.

*ABOUT  THE COUNTRY NETWORK*

For more than twenty years, Cinedigm (NASDAQ:CIDM) has led the digital transformation of the entertainment industry. Today, Cinedigm entertains hundreds of millions of consumers around the globe by providing premium content, streaming channels and technology services to the world's largest media, technology and retail companies. For more information, visit http://www.cinedigm.com/.