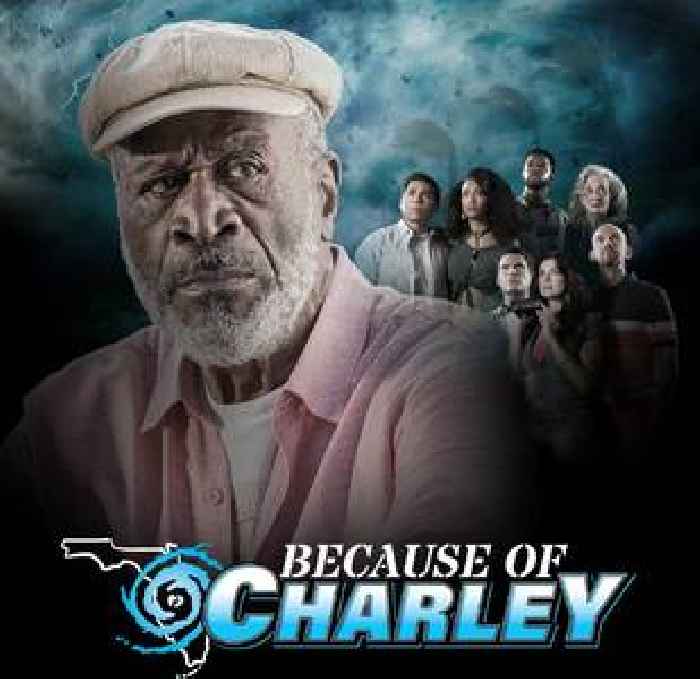 *ORLANDO, FL / ACCESSWIRE / October 26, 2021 / *Veteran actor John Amos (Roots, Die Hard 2, Coming 2 America), will be honored at the 16^th Annual *Orlando Film Festival* with the *"Cinematic Icon Award"* for his 50+ career including his latest feature film shot in Central Florida during the midst of the COVID-19 global pandemic. The dramatic comedy *Because of Charley* will screen twice at the festival at 8 p.m. on both October 31 and November 2. Amos will attend the November 2 screening and will participate in the post-film audience Q&A. The Orlando Film Festival runs from October 28-November 4. Tickets are available at orlandofilmfest.com.

*Freestyle Digital Media*, the digital film distribution division of Byron Allen's *Entertainment Studios*, has acquired global VOD rights to the dramatic comedy that takes place in 2004. *Because of Charley *tells the story of one fateful Friday the 13^th (August 13, 2004). Two estranged racially mixed stepfamilies reluctantly gather at a Central Florida home for an anniversary party. Fully intending to keep the visit brief, the two stepfamilies hit a snag when Hurricane Charley takes an unexpected turn that changes everything. As the storm strengthens and the relatives are forced to huddle together in a cramped hallway, their bitter resentments, and differences - race, age, faith, gender, sexual orientation - come to a boil.

"I'm grateful to the Orlando Film Festival for the acknowledgement and because it happened in conjunction with *Because of Charley*," said Amos. "I've had a number of good films throughout the course of my career, but this one has something to say that all of us can learn from. It's almost like it was written for these very times - about a family at the height of adversity, who pull together to survive and to overcome what differences they thought they had."

Executive Director Daniel E. Springen said, "We at the Orlando Film Festival have the great privilege and honor to offer our Cinematic Icon Award this year to the legendary John Amos for his contributions to the film industry for over five decades."

Writer/Director Jon Binkowski is a business partner of Executive Producer, Lisa Enos Smith, whose majority female-owned company, Renaissance Entertainment LLC, produced the film. Principal photography was set for the month of September 2020 - the height of the COVID-19 pandemic and the peak of hurricane season. "It was a difficult decision to move forward, but worth the risk in so many ways," said Smith. "Jon and I chose to help members of the filmmaking community, so affected by the coronavirus. The cast and crew were thrilled to be working and to be part of the creation of a film that is extremely relevant to what is happening today."

*About the Orlando Film Festival*

Named one of the Top-25 "Coolest Film Festivals in the World" by Moviemaker Magazine, the Orlando Film Festival (OFF) is now in its 16th year showcasing the best in new independent cinema from around the world.

The Orlando Film Festival is an immersive eight-day experience that includes more than 350 films and industry panels and workshops, all geared to the 300+ indie filmmakers and 12,000 in attendance. Nightly parties and a variety of professional activities encourage important networking opportunities. The festival culminates with an award ceremony featuring prizes valued at more than $1 million.

Located in the heart of Orlando, OFF is produced by working filmmakers and industry professionals. All film screenings are presented with Q&As and filmmakers experience an unprecedented career-enhancing connection to our community.

Audiences and filmmakers get an immersive experience full of spirited Q&As, panel discussions, workshops and script reads with industry professionals from around the world.