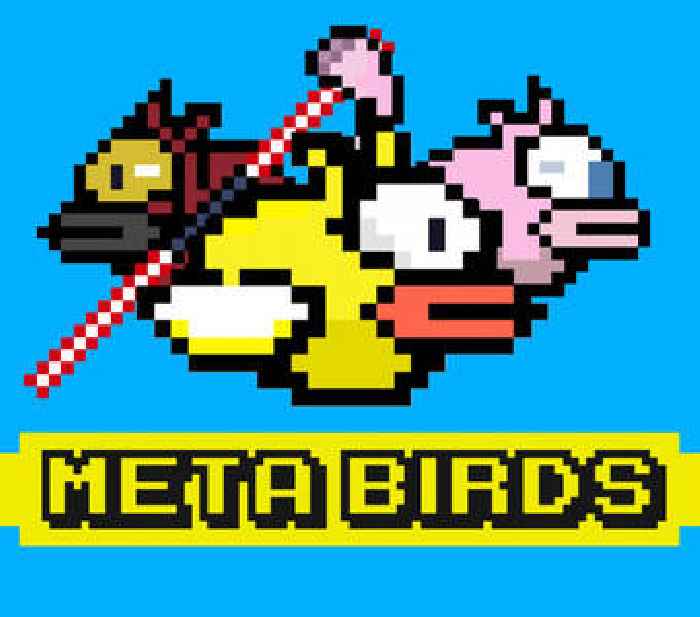 A new NFT collection called MetaBirds will be racing around the virtual world as playable game characters.

PHOENIX, Jan. 06, 2022 (GLOBE NEWSWIRE) -- On January 25, MetaBirds is publicly launching a new, unique and exciting Play-to-Earn NFT mobile game with a nostalgic 8-bit style. Each minted egg will reveal a surprise bird that can be raced against other birds. The winner of each race is rewarded with tokens.

Upon launch, there will be a drop of 10,000 MetaBirds. Once eggs are minted (or purchased), the MetaBirds will live on the blockchain where players can race, join tournaments, and battle their friends for a spot on the leaderboard while earning cryptocurrency. If a bird owner chooses, they may sell or trade their character - just like any other NFT. The robust storyline plays on the rising popularity of the Metaverse. As the story unfolds, the player begins to learn about the enslavement of MetaBirds by a faction of humans in the Metaverse called the Legions; these humans have found enjoyment in watching the MetaBirds race in a gladiator-style arena. Winning birds are rewarded with freedom, however, in a thrilling twist, those freedoms may be stripped if their owner wishes to continue to watch them race for profit.

"MetaBirds are cute and are ready to race," says the Founder of MetaBirds, Noel Serrato.

Often hosting daily contests, the MetaBirds are no stranger to giveaways. In their latest announcement, they revealed one lucky member who mints an Elon Musk MetaBird, will win their choice of $100,000 or a Tesla CyberTruck. Various other birds will also have cash prizes associated with them.

In addition to retro-style gameplay, a riveting storyline, solid roadmap, and incredible giveaways, MetaBirds has a strong following and interactive community. Members chat on various platforms about revealed birds, giveaways and the latest buzz surrounding the project. It's even been rumored among the community that MetaBirds has support from Dong Nguyen, the famed game developer behind Flappy Bird. Such a development would point to the strong potential of MetaBirds in the NFT and video game world.

*About MetaBirds:* MetaBirds are digital art that live forever on the blockchain. Starting on Jan. 25, 2022, 10,000 MetaBirds with proof of ownership and authentication can be claimed and traded as NFT (non-fungible tokens) on Opensea @MetaBirdsOfficial. More information can be found at https://www.metabirds.cc.
###

**Image 1: MetaBirds**This content was issued through the press release distribution service at Newswire.com.