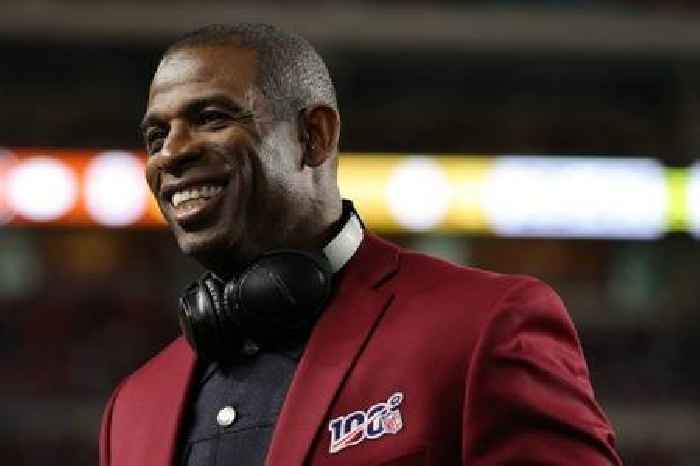 Deion Sanders announced Wednesday he will be joining Barstool Sports, just one day after announcing he was leaving the NFL Network after 14 years.

“Now, I have the platform that I can spread what I got to the masses. Oh baby, thank you !” Sanders exclaimed. “Barstool has the young generation of fans I want to help cultivate. I want to mold you. I want to talk to you. I want to speak to you. See, I love to speak my mind and now baby I got the platform to do it year-round. Controversy ain’t never scared me. See, podcasts are the future; I’m so excited about this opportunity, but I’m also excited to continue my relationship with the NFL … in some capacity.”

“What a move by us,” founder Dave Portnoy wrote in a post on the sports website, delighting in Barstool Sports “stealing him away from the NFL network.”

“Let me ask you this,” he went on. “What NFL pregame show are you gonna watch this year?  Me, Big Cat and Primetime from his ranch in Dallas or the suits at the other networks.”

Portnoy added that the acquisition of Sanders is “just another cruel lesson” for Barstool’s competitors.

“Deion has been one of the key figures responsible for the growth of the NFL Network,” NFL VP of communications Alex Riethmiller said in a Tuesday statement. “We thank him for his work and wish him the best in the future.”

According to Sports Business Journal, which first reported the news, Sanders decided to leave following the end of his current contract. He had been with NFL Network since 2006. Sanders has expressed an interest in coaching in recent months, even telling NBC Sports’ Dan Patrick that he was planning to coach college football this fall.

The news comes a few days after Sanders appeared to criticize NFL players who have decided to opt-out of the coming season over concerns regarding COVID-19. “All Players OPTING out in all sports PLEASE BELIEVE the game will go on without u. This is a business & don’t u EVER forget that. There’s NO ONE that’s bigger than the game itself. Only the ref, umps & officials are that important that u can’t play without them. NOT YOU! #Truth,” the NFL Hall of Famer wrote on his Twitter account.

Sanders was heavily criticized himself for calling out those trying to protect their own and their families’ health. The decision to end his run with NFL Network was not related to this, an individual familiar with the decision told TheWrap.

Deion Sanders will join Barstool Sports to host his own podcast, "21st and Prime," the website announced on its signature podcast,..