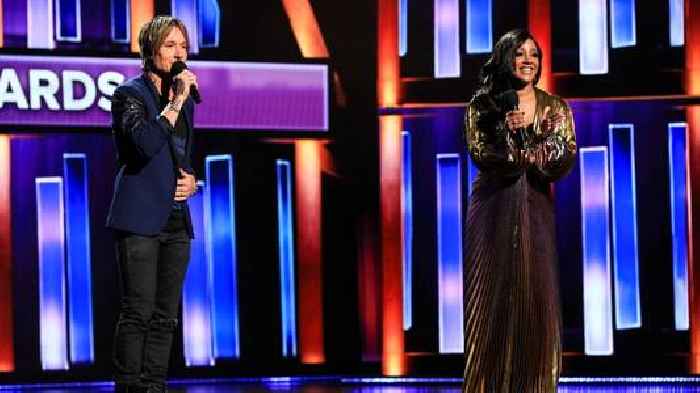 CBS has balked at a staggering demand of $22 million a year to license the 2022 Academy of Country Music Awards, leaving show producer Dick Clark Productions scrambling to negotiate a new deal amid declining ratings and internal executive turmoil, TheWrap has learned.

CBS, which has aired the ACM Awards since 1998, declined to counter the $22 million demand to renew its deal, according to two individuals with knowledge of the negotiations. The insiders said the new price was well above the previous $20 million annual price for a show that has lost almost half of its viewership since 2018.

A rep for CBS declined to comment, while DCP and parent company MRC would not confirm the licensing fee.

As a result of CBS’ response, Dick Clark Productions and MRC co-CEOs Modi Wiczyk and Asif Satchu are negotiating with NBC as part of a package deal that would renegotiate the network’s $60 million-a-year Golden Globes contact and extend its deal for the Billboard Music Awards, one insider said. DCP declined to comment, but another individual with knowledge of the situation insisted that the company negotiates each project independently of one another.

NBC, which will not air next year’s Globes amid an existential crisis at the Hollywood Foreign Press Association over the group’s lack of diversity, still has five years left on its contract. Reps for NBC and DCP both declined to comment.

“We are in the customary and expected negotiation period between end of one contract and start of another, this is normal course and happens with all our shows when a deal expires. ACMs broadcast in April on CBS, which was the last year of the existing deal,” a spokesperson for MRC told TheWrap in a statement.

Before 2019, however, the ACM Awards had enjoyed relative stability.

Between 2018 and 2020, the ACM Awards have generated an average of $15.5 million in advertising revenue per show, according to Kantar Media (ad revenue figures for 2021 are not yet available) — that’s well below CBS’ licensing fee for the show. In comparison, the 2020 Oscars brought in $129 million in ad dollars for ABC.

An individual with knowledge of the ACM talks said these deals can typically take “months and months” to complete, and that DCP was in talks with multiple broadcasters and streaming services, though would not say which one. However, TheWrap confirmed with a separate knowledgeable individual that Apple TV+ is not one of the streaming services in the mix.

For NBC, bundling its declining awards shows would make economic sense. Standard Media Index data showed the network grossed $33.8 million in ad revenue for the 2021 Golden Globes, down 26% from the previous year. A report in the Los Angeles Times said that NBC was losing money on the telecast — the $60 million yearly price tag was more than double the $25 million a year it was paying under the prior deal — and demanded a $20 million rebate (A rep for NBC declined to comment on this as well).

For DCP, the uncertainty over where the ACM Awards will air (or stream) next year — the show is set for April 24 in Las Vegas — further roils a company that is dealing with the loss of next year’s Golden Globes and a massive executive talent drain that preceded last week’s ousting of president Amy Thurlow, who is leaving at the end of this month following a rocky 19-month tenure marked by numerous complaints about her bruising and “toxic” management style in a Wrap investigation.

One insider said the uncertainty over the ACM Awards’ future is affecting the planning. “We can’t spend any money, we don’t have a deal. I can’t do future planning because there’s no outlet,” the insider said. In addition to the Golden Globes and ACM awards, DCP also produces the annual “Dick Clark’s New Year’s Rockin’ Eve” and the American Music Awards for ABC — both still have multiple years left on their current deals with the Disney-owned network, the MRC spokesperson confirmed.

Though the ACM Awards have been in decline for years, the pandemic has brutally battered viewership for awards shows across the board. The Grammys saw its audience almost cut in half and the Golden Globes — which appeared immune to award show ratings troubles that were already befalling the industry prior to COVID — shed 63% amid its current existential crisis. Last September, the 72nd Emmy Awards fell by a much-more-palatable 12%, but still hit a record-low.

And then of course, the Oscars face-planted with its later-than-usual show in late April, which drew 10.4 million total viewers, down 56% from 2020. It was so bad that ABC, which has been charging around $2 million for a 30-second spot, making the Oscars among the most expensive ad buys, is considering lowering the price of admission for advertisers next year.