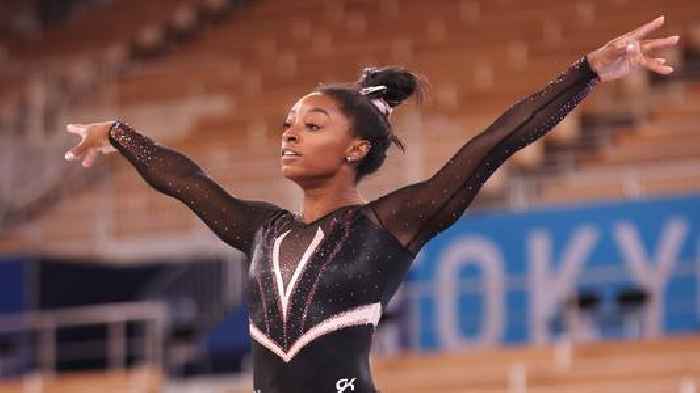 Team USA recently made their grand entrance at the Tokyo Olympics Friday night, but one prominent group of athletes was missing.

Prior to Friday's opening ceremony, gymnast Simone Biles posted a photo on her Instagram Stories of herself and the rest of the team clothed in their official Ralph Lauren uniforms captioned, "Our opening ceremony mix."

The Team USA gymnasts — including Biles, Sunisa Lee, Jordan Chiles, Grace McCallum, Jade Carey, and MyKayla Skinner — only wore the outfits for the purpose of the group shot. They chose to not walk with Team USA during the opening ceremony because they are "focused on preparation" for the women's gymnastics qualifying round commencing on Sunday, said Meredith Yeoman, a spokeswoman for USA Gymnastics told The New York Times.

After practicing at the Olympic venue Friday, the women took no questions from reporters, instead opting to walk single-file back to a nearby hotel the team is staying at in lieu of the athletes' village.

“It was also a decision that we all made together,” Biles’s coach, Cecile Landi, wrote Sunday on Twitter. “We know it isn’t ideal during a pandemic. We feel like we can control the athletes and our safety better in a hotel setting!”

Biles noted that they "did our own little walk outside where we are staying haha," in a Q&A on her Instagram Story.

The team captain also referenced other reasons she wouldn't be walking, noting "COVID," and saying that the "amount of standing is crazy."

"We start the following day, so it wouldn't be smart," Biles said.

However, Biles is not letting all the changes affect her focus or drive. During a recent practice, the gymnast pulled off a historic move. In a short clip, posted to the NBC Olympics Instagram page on Thursday, the 24-year-old attempted the difficult Yurchenko double pike vault.

The move requires a gymnast to perform a backflip off the vault, then complete two full rotations in a pike position before landing. In other words, it's insanely tricky.

Biles posted a photo of herself sticking her tongue out for the camera in her Instagram Stories after completing practice, writing, "Finished podium training — feeling pretty good!!!"

She made history when she successfully executed the move during the U.S. Classic in Indianapolis. No ther woman had ever performed the move in competition before.

If Biles is able to execute the move during the Olympics it will be named after her and will be the fifth skill referenced to her.

Landi mentioned that there is a chance Biles could decide not to use the move in competition, as reported by NBC Olympics.

"If she really wants to do it, she’s going to have to beg me,” Landi said in an interview with On Her Turf. “People seem to forget that it’s a very, very dangerous skill. ... Just to have glory and being (in) the Code of Points, it’s not enough.”

Simone Biles on Wednesday withdrew from the all-around gymnastics competition at the Tokyo Olympics to focus on "her mental..