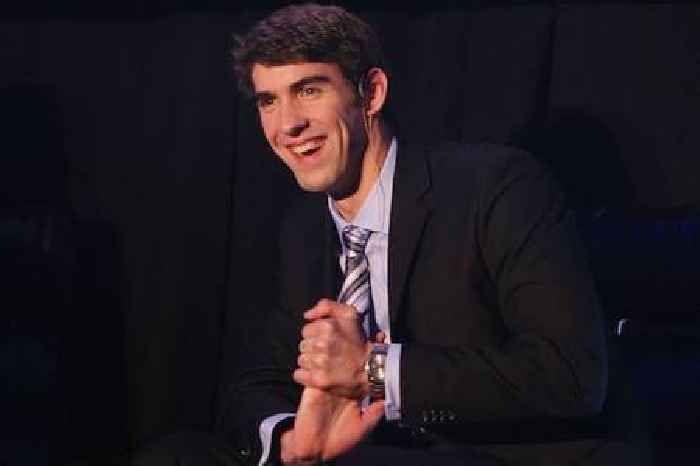 Michael Phelps spoke out in defense of Team USA gymnast Simone Biles tonight on NBC, and his comments during the network's ongoing Olympics coverage prompted an outpouring of support on social media.

Phelps is working for NBC as a commentator and correspondent during the Tokyo Summer Olympic Games and said during a live broadcast Tuesday night that he understands why defending Olympic women's gymnastics champion Simone Biles decided to abruptly leave the games this week.

Biles withdrew from the Tokyo Olympics after a faltering start on the vault, and later said in a statement she left because her mental health was "not there."

Phelps said, "we carry a lot of weight on our shoulders, and it's challenging especially when we have the lights on us and all of these expectations being thrown on top of us."

"I hope this an eye-opening experience for Americans, it’s so much bigger than you can imagine. It’s going to take time and hard work as we support our athletes in this," Phelps added.

Biles has seen her fair share of trauma throughout her Olympic career in addition to the typical pressure on an Olympian; She came forward in 2018 as one of the more than 100 girls and women who were sexually abused by former team doctor Larry Nassar. Biles also disclosed in her new documentary series "Simone Vs Herself" that she almost quit the sport altogether after first learning the Tokyo Olympics wouldn't take place in the summer of 2020 as planned.

Phelps' support struck the right chord with many viewers who also seemed sympathetic to Biles' situation online. Phelps has bene open about his mental health journey after he was notoriously suspended for six months in 2016 after being arrested for a DUI.

"Michael Phelps as a guest analyst is one of the best things to come out of NBC’s coverage," sports reporter Richard Deitsch tweeted. "Along with his insight into mental health, he’s shown a unique ability to explain race strategy/technique/breakdown in a way a layperson can understand."

Although Phelps is the most decorated male swimmer in the world, he said he thought Ledecky could have bested him in the pool. "I had the privilege to train with her at the last training camp, in 2016. I'm very happy that she didn't do the exact set with us that day because she would've destroyed me," Phelps said earlier in the week. "Oh my gosh, her long course, when she trains -- oh, she's incredible."

Check some reactions to Phelps' remarks below. We'll update this with the full video as soon as it's available.

Michael Phelps who is a big mental health advocate is defending Simone on NBC rn. Also he said that we've been talking about it for an hour now. To me that seemed like shot at NBC cause they missed the point about the media attention on Simone & their coverage has stayed the same

Michael Phelps as a guest analyst is one of the best things to come out of NBC’s coverage. Along with his insight into mental health, he’s shown a unique ability to explain race strategy/technique/breakdown in a way a layperson can understand. https://t.co/4DM0uE9s11

Michael Phelps on Simone Biles: "We carry a lot of weight on our shoulders, and it's challenging especially when we have the lights on us and all of these expectations being thrown on top of us."

If you're not watching NBC right now, you should be. Michael Phelps is saying some important things.

Michael Phelps, who came clean recently on his own mental health issues, with important insight on Simone Biles just now on NBC:

“If we’re not taking care of both (mental and physical health) how are we expecting to be 100%?”

Michael Phelps speaking now on NBC about mental health is incredible perspective. There's never been a bigger Olympic star than him, and his words carry massive weight.

“We carry a lot of weight on our shoulders and it’s challenging especially when we have the lights on us...”

Wow. That NBC segment with @MichaelPhelps just now about #MentalHealth was powerful. He hit all the right notes. Clearly emotional, he talked about the pressure athletes are under at the #Olympics but also how even those of us who aren't athletes have struggles worth addressing

Michael Phelps is the Ted Lasso of sports commentary. He is the only watchable part of NBC's coverage.

What Michael Phelps just said on NBC about mental health and how we need to make a big change in how we address it was incredible. What an absolute legend and the perfect person to lead the charge in this fight.

One of the bright spots of the NBC #Olympics coverage has absolutely been the segments with Michael Phelps — who also happens to be one of the few human beings on the planet that can truly empathize with and understand what Simone Biles and Katie Ledecky are experiencing.

Michael Phelps supporting Simone, talking about the realities of Olympic pressure and underscoring the importance of caring for physical and mental health on NBC prime time. They don’t do a lot of things right, but I hope that segment helped someone or changed some hearts.

It was an amazing interview with #MichaelPhelps just now on NBC about mental health. “It is ok to not be ok” - amazing analyst and it has been a joy listening to him. His face lit up talking about Michael Phelps Foundation. He is America’s treasure! #TeamUSA #Olympics pic.twitter.com/MJa78B345Q