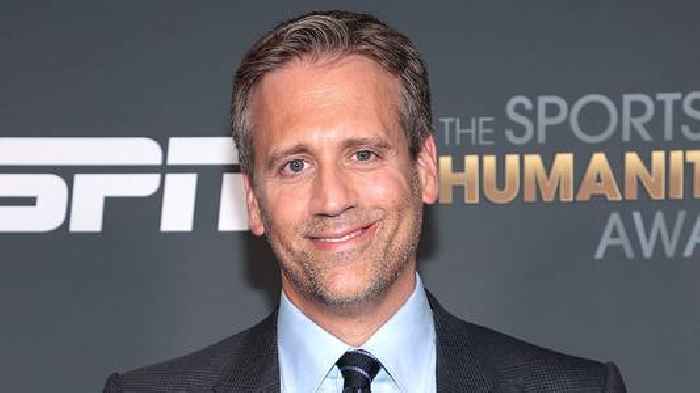 This just in: Max Kellerman will be coming at you afternoons on ESPN via his new show, titled “This Just In,” which premieres Tuesday at 2 p.m.

We knew Kellerman, who recently left ESPN’s top morning show “First Take,” would be getting a new TV series there. We just did not have any details until now.

“This Just In,” a live, one-hour show, will provide all the latest news, opinion and analysis on the day’s trending and under-the-radar afternoon headlines and look ahead at potential news-making moments that evening, according to ESPN. Kellerman will also regularly be joined by ESPN’s industry-leading lineup of sport-specific insiders and analysts to go inside every breaking story and development from new angles, the cable channel continued its description of the program.

The show will feature special segments including:

· *“The Agenda” *– a fast-paced look at the storylines for the night ahead
· *“Afternoon Weigh In”* – A deep-dive from Kellerman on a trending topic with his unique insight and panelist debate
· *“Best Bets”* – a breakdown of the night’s most important games with key stats and betting information
· And many sport-specific segments, including “*QB Sneak”* – evaluations of recent quarterback performances from Kellerman and NFL analysts – and more

“With the addition of ‘This Just In,’ we’ve added yet another opportunity for live reaction in a key timeslot,” Norby Williamson, ESPN executive vice president & executive editor of production, said in a statement on Thursday. “Max is always able to successfully connect and resonate with fans in meaningful ways across platforms and it’s great to have him leading this new show. We’re also excited to offer even more selection for fans in the afternoon with new episodes of ‘Jalen & Jacoby’ – regularly one of our top downloaded podcasts – remaining available on TV every weekday on ESPN2 and the launch of a new digital-exclusive show, ‘Debatable.’”

Kellerman left “First Take” in late August. He will be filling his mornings as the third host of ESPN Radio’s morning talk show, which has been retitled to “Keyshawn, JWill & Max.” Kellerman will also continue to host the weekly boxing show, “Max on Boxing” on ESPN2.

Michael Irvin and Tim Tebow will be among the guest rotation on “First Take” that appear opposite its now-solo star Stephen A. Smith. Irvin will join the show on Mondays during the NFL season, while Tebow (who was attempting an NFL comeback as tight end with the Jacksonville Jaguars) will bookend each week on Fridays.