The Videogame Movie Curse Is Finally Broken – Sonic Gets His Sequel 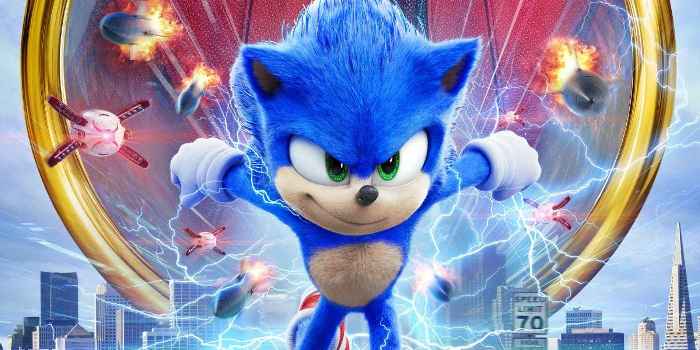 The Videogame Movie Curse Is Finally Broken – Sonic Gets His Sequel


In a year of extreme uncertainties, it’s always good to take solace in positive news. Certainly – it’s already been a year where we’ve needed to expect the unexpected. The movie world, for example, has served up its fair share of bizarre moments, particularly in line with the ongoing pandemic. However – before any of this began – at least to such an extent in the West – an odd little movie, maligned before it even got started, started raising eyebrows thanks to how entertaining it actually transpired.

Oddly enough, Sonic The Hedgehog remains the last movie that many people were able to see in cinemas ahead of pandemic lockdown in the West – and what a film to go out on, at least before cinemas reopen again! Sonic had more riding on it than perhaps most of the movies to emerge this year. It had already been pushed back several months to Valentine’s Day thanks to extremely negative feedback regarding the initial look of the central character.

Granted, yes – much of the vitriol was deserved – but thankfully, a complete u-turn and a delay ensured that the movie would eventually become a success – more so, it seems, than many people were expecting.

In a world where Angry Birds 2 and Detective Pikachu finally set the bar high for videogame movies, Sonic came along and broke a curse that has been reverberating in the industry for years. The videogame movie is – of course – still something of a sore point. There have been multiple game to movie adaptations which have failed miserably in the past – both financially and critically. Super Mario Bros in the early 90s appears to take the flack for much of this.

However, thanks to Street Fighter, Wing Commander, Final Fantasy: The Spirits Within, the original Tomb Raider movies, Doom, Alone in The Dark, Far Cry, Silent Hill and more – the genre has always been a bit of a joke. I only don’t mention the Resident Evil series here as my father is such an enormous fan!

Sonic, however, seems to have changed the game, to pardon the loose use of pun. The blue blur’s maiden movie outing made $306.8 million worldwide, triple its initial budget before marketing. In the US, it is thought to be the biggest-selling US video game adaptation of all time.

In a truly stunning moment of history in the making – and we do, regrettably, have COVID-19 to thank for this, so far – Sonic The Hedgehog remains the second-biggest selling movie of 2020 thus far. Heading towards the middle of the year, that’s an unfortunate accolade nothing short of mind-boggling. The bigger clincher is that the movie had largely positive reviews – effectively kicking the idea that ‘all videogame movies are terrible’ to the curb.

Of course, you know what this means – it’s time for a sequel. Thanks to a mid-credits moment in this first outing, it was clear that a second picture was always going to be on the cards. Thankfully, the financial and critical performance of the movie has this week confirmed such an event as greenlit.

The second movie, therefore, seems to be picking up much of the same personnel, with stars keen to return, and with fans – oddly enough – receptive to seeing what happens next. Of course, existing Sonic fans will be keen to see if any more characters or lore seep into the sequel.

One of the juiciest rumours around, however, is that Dwayne Johnson is reportedly in talks to voice Knuckles, an iconic character from the Sonic franchise. There’s no doubt that Johnson would do a fantastic job – but is a star as big as The Rock likely to head to the Sonic sequel? Take a look again at those numbers – and money rolling in from its early home release – it is eminently possible!

The staggering success of Sonic The Hedgehog at the movies means that we will now be looking forward, perhaps, to more videogame movies taking to the big screen with confidence. Plans for a Tetris trilogy – thankfully – still seem to be stalling, though the mysterious Illumination Mario Bros project is supposedly still in the offing. Quite how the team behind Despicable Me will handle Nintendo’s famous characters remains to be seen.

However, in a climate of fear and uncertainty, it’s always nice to be surprised. The turnaround in fortune for the Sonic movie is going to be worth looking back on for years to come. Once cinemas reopen, it is very likely Sonic will fall down the money-making rankings, especially with a new James Bond movie, Marvel and DC movies, and a new Christopher Nolan movie on the horizon.

For now, however, let’s bask in the knowledge – bizarre as it is – that a movie based around Sonic The Hedgehog is one of the year’s biggest success stories. Will it get Oscar nods? Stranger things have happened…