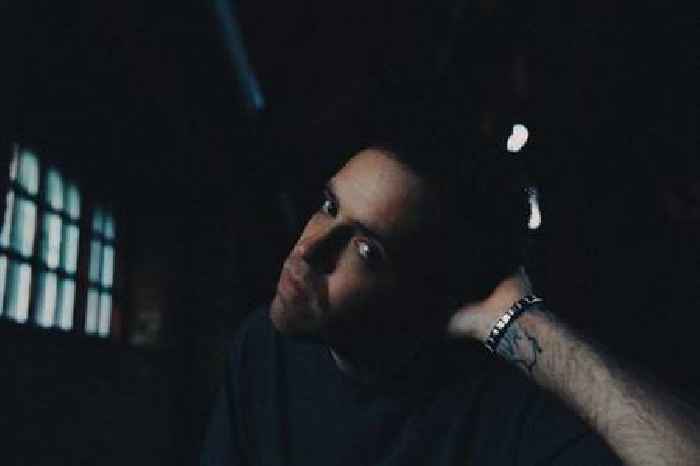 A songwriter and performer of distinct, dramatic intensity, *Benjamin Francis Leftwich’s *songs come from a place of complete honesty and openness.

Now 31, Leftwich continues to reflect, learn and communicate his experience with authenticity, and the Yorkshire-born singer and guitarist, who lives in London, is enjoying a journey of highly inspired creative energy.

His fourth studio project ‘To Carry A Whale’ is the first album he has written and recorded entirely sober, a state he has been successful in maintaining since weeks of rehab in January 2018.

Observational, auto-biographical and poetic, the title of the new record reflects his experience, courageously attempting to quantify what’s involved in the process of such maintenance. It is never easy, but it comes with a beauty that makes it worthwhile.

*It’s been a tough year for many people, what’s it been like for you?*

I've been good. The pandemic has been crazy and hard for many people. I feel lucky and privileged, I didn't feel the nipper as hard as billions of people did through luck and circumstance. But emotionally and intellectually I found it sad, lonely and isolating.

*Some artists wrote more than normally. Was your creative experience similar?*

I feel that's right. My experience is also that I miss touring, I miss that weird buzz that comes of walking on stage and the buzz afterwards, it was a chance to look inwards and reflect, and I know the beginning of the pandemic represented a chance of enlightenment.

There was a moment when everyone saw it as an opportunity to push yourself, but for me it was time for rest and introspection, and a real look at myself. Everyone's got different ways of expressing that moment of introspection, for songwriters it comes out of our mouths, guitar playing, piano etc. It was amazing, and I wrote some of the best songs in my career.

*Your songs came at a fast pace, how did you approach songwriting this time? How early was an idea or concept defined?*

The theme focuses on seeing your progression and the change of carrying it. For the first time in my music journey, I had a clear idea from early in the process, I knew I wanted this to be with the title ‘To Carry A Whale’. I wanted it to be about living with alcoholism, addiction and carrying this thing that's heavy, but beautiful. The songs needed to be on that theme about my experience of what it’s like, and needed to be 10 tracks because of David Gray’s ‘White Ladder’.

Sam Duckworth – Get Cape. Wear Cape. Fly. - produced it, we wrote more songs than we needed. We kicked off songs that in an industry term might have been bigger, more playlistable songs and ready to get on the radio.

*The title is profound. Did it literally just occur in your mind one day?*

The title just came to me. I’ve always loved whales. They’re beautiful, wild, self-contained creatures, who stick together. ‘Tilikum’ from my second album is about the movie ‘Blackfish’. I've always loved the idea of something that’s more powerful than I’m, and to care for it.

*Having previously spoken out about addiction, were you ever tempted to take less of an auto-biographical approach?*

I sometimes get asked about the difference between my personal life and the music. There’s none at all, it literally is the same thing. ‘Gratitude’ was a big moment, an album about the moment of surrender where I accepted that there was a solution; a way out, a moment of acceptance and unmanageability.

But this album is about post-surrender, post that moment of gratitude. What’s it like to live with sobriety for three years and a few months? I was high and drunk for longer than that, it's not that long in the grand scheme of things. For me it’s being open-hearted in songs, with observations of what it's like to be alive, and be in a better place.

*Having a lot of song material is clearly advantageous, did it make the final track selection harder?*

I write experientially, if a friend’s going through something, and I've been hearing about it, I might include some of it. But anything that didn't fit the theme of ‘heavy and beautiful’, if it seemed a million miles away sonically, it didn’t go on.

I decided to rely on anything that wasn’t too far away from my bread and butter. What I came from as a 17-year-old listening to Fionn Regan, Alexi Murdoch, Damien Jurado and Bat For Lashes. I can be a fan of love, fantasy, my favourite albums of all time.

The thing with technology is that I can easily make something. I love Jon Hopkins and Radiohead. I can replicate them, but I don’t want to copy the music I'm a fan of, I remember where my bread’s buttered. Especially as the theme of this album is a return to my true self. It’s a return to the acoustic guitar, double-tracked vocals and fingerpicking.

*Can we talk about a couple of album tracks?*

It changes every day, but a favourite song is ‘Oh My God Please’, which I wrote with Cape. I'm sensitive, I find it hard to let people in musically, but I got such a good energy from him. He’s so humble and honest.

Having tried every therapist, doctor, girlfriend, every move out of the country, everything in the world, bar asking for help. A few people have asked what girl it’s about, it's literally about what it says in the title. We wrote it in such a way that it would be inclusive. There's something out there, I prayed for that thing, it helps, it's there for me and other humans.

*Can you elaborate on the inclusive element in this song?*

Whether someone is a non-believer, a person of faith, gay or straight, non-binary or trans, however anyone identifies, it’s all beautiful and should be encouraged. They can hear this song and be able to relate to that feeling.

*And how about ‘Canary In A Coalmine’? It’s another unique title.*

I was in the Dirty Hit studio in Wandsworth with producer Joseph Rodgers, when I heard Rupert Lyddon working on some new songs. I was so inspired, spending a week in the studio. I pretty much wrote that song in half an hour about really simple love, about having your eyes open at night, and I did it in the style of Tom Petty.

*How would you describe the core message?*

A canary in a coalmine is free, but it's a dangerous freedom, and coalmines need checking for poisonous gas. It’s like don’t get carried away here, keep an eye on the whale. Keep an eye on what you've got, your life is beautiful, see stuff through open eyes.

It goes right back to where I was with millions and millions of people before me, in and out recovery. I wrote it and went on tour in Europe, I did what I often do in life, which is destroying things and attracting instability. At first I wasn't in love with the song, other people liked it, then I forgot about it. Anyway, I fell back in love with it.

For sure, it's funny Sam mentioned The Smiths in the studio when we were trying to get the tone for the guitar. I love all that stuff. There are some artists that I love more than others, I love Johnny Marr, he's such a legend. He's been in legendary bands for years: The Cribs and many more.

*You mentioned radio airplay earlier. You don’t seem to be the type of artist who would let a need for radio play define your creativity.*

Yes, that's true. That’s why someone's debut album is so special and beautiful because often you don't know anything about radio or playlists. Then once you get lucky enough to start building a career, and you get some praise, money or your music becomes known or famous, it's really hard to get all that stuff out of your head, and not let it affect things.

*You include some terminology from religion, are you religious and/or do you practice it?*

I don't consider myself a religious person. I want to be a sponge in how I connect, I believe that’s the best way. I've had this chat a lot of times with an artist recently, his manager was a big name, and he was religious. He told me he was thinking of quitting music to go and sing in a church, he talked about worship and what it’s about.

My understanding is that traditional figureheads of organised religion weren't hanging out in churches, they were hanging out with people who did work with people, who were suffering or needed a little hand. They were just trying to do good things, share their food, share their time and lend an ear.

*Your music is honest and personal, does it ever get too intense? How far would you go?*

With the music I'm making just now, I'm going pretty far. I’ve got to be careful, as it does impact my personal life and some relationships. I've had people say, do not write a song about this, and I’ll always respect that.

The line for me is if it hurts someone else, then I don't want anything to do with it. But I also know that moving someone is different to hurting someone, and I see the first outcome as OK.

'To Carry A Whale' is out now.