McPeak Team And Something Good Hospitality Unite To Aid Ukraine 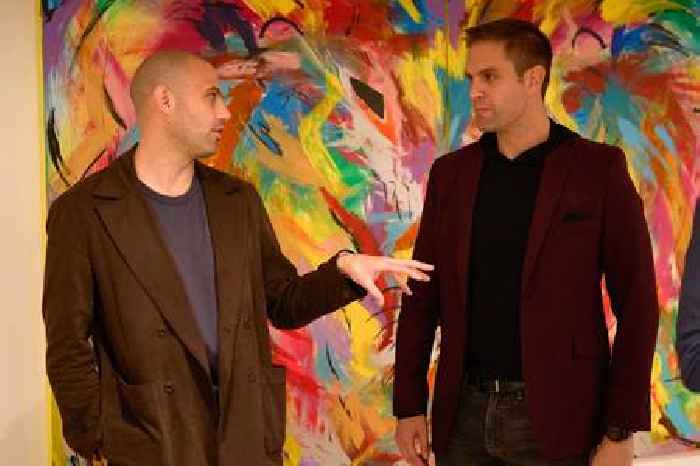 McPeak Team And Something Good Hospitality Unite To Aid Ukraine

*SAN FRANCISCO, CA / ACCESSWIRE / May 25, 2022 / *On Friday, April 22nd, New York's mobilized service brigade, Chef Owner Raphael Khutorsky's Something Good Hospitality, hosted a private fundraising dinner at The Den, a local enclave (and headquarters) of Lobos Tequila. The event marked an unforgettable Earth Day in which the world grappled with the realities of a war-ravaged Ukraine and the climatic consequences that unravel as a result, bringing attendees elevated hors d'oeuvres and cocktails that celebrated Ukrainian cuisine while directing a point of action in support of the World Central Kitchen.

The McPeak Team, a household name in New York's luxury real estate market, has been working to amplify their expertise in property investment to reach global corners both in New York and overseas, establishing a stronghold with one of Something Good Hospitality's co-founders and partners, Ilan Khutorsky. The McPeak Team has been driving the city's luxury avenues for years, finding new and creative ways to approach an evolving real estate industry with the same enthusiasm as Something Good Hospitality, along with Chef Raph and partners Michael Vitale and Madison Shapiro. Both of these forces seek to bring an elevated sense of innovation to their respective fields, and it has been made clear that the crisis in Ukraine demands a different approach to building community and offering substantial aid where necessary. The McPeak Team is led by seasoned experts as part of the SERHANT. group, the most recognizable entity in modern real estate, while Something Good Hospitality is composed of seasoned chefs, creatives, and service professionals who crave better taste for New York's dining experience. Together, these markets are highlighting the best parts of each other and bringing exciting developments to Manhattan, the outer boroughs, and beyond.

The Earth Day dinner party set the table for a night of distinguished food, drink, and art contributed by local creatives (and another event is forthcoming). Chef Raph spun out a Ukrainian-inspired menu that included short rib pelmeni with borscht and dill crema, and schmaltz savory kugel with spring vegetable olivie and smoked trout roe, drawing a palette from his childhood as a second generation Ukrainian. The cuisine of Chef Raph and Something Good Hospitality delivers a savory spark of panache you can't find anywhere else in New York, melting the hands of a diverse crew into one mouth-watering, unconventional spin on cosmopolitan fare. Behind the bar, Lobos Tequila was pouring a plush selection of curated cocktails with their tequilas and mezcals, all of which are notoriously finished in PX wine barrels, uniting the traditions of their founder's Spanish ancestry and the classic techniques of Mexican agave spirits. A silent auction was also in rotation throughout the evening as local artists contributed their own work in support of Ukrainian relief efforts through World Central Kitchen, Inc. The event was a smash, and one of many more to come via McPeak's alliance with Something Good Hospitality.

Part of the success of the McPeak Team within real estate is the willingness to step into unconventional quarters to carve new outlets for the future of property investment. The same can be said for the likes of Something Good Hospitality and their creativity in the kitchen, bringing unique dining experiences to private dinners, functions, and celebrations in our hyper-nomadic world. The McPeak Team deals primarily in luxury markets, tackling notoriously difficult listings and churning out success in record times. However, occasionally it dabbles in atypical neighborhoods like NFT's and cryptocurrency, two vessels of the digital domain that have already proven useful in real estate strategies.

In October of 2021, the McPeak Team introduced the first NFT-themed party for industry professionals, running parallel to NYC's NFT Week. The advent of web3 and cyber societies has influenced a wave of innovation in countless trades, pushing people to consider what their line of work might look like in the future. A surprise to no one, NFT's certainly have a claim to traditional real estate protocols, notably in saving time, money, stress, and, of course, paper. In a similar vein, Something Good Hospitality is in the process of creating an NFT margin for their services that would allow coin-holders access to exclusive benefits like tasting menus, food truck whereabouts, and supper club events, which are slated to bloom 10-12 times per year. Theoretically speaking, an NFT figure could also further support relief efforts, perhaps immortalizing said efforts through long-term impact and security in cyberspace. It sounds fictitious enough, but nothing could be more realistic, especially now.

Earth Day regularly provides an annual opportunity for ushering calls-to-action and inciting concrete change near and far, but the responsibilities we assume each year in protecting the planet extend beyond a single day in April. With a new age in climate action, we are poised to inhabit anomalous landscapes that unite different industries together to tackle problems more effectively, such as the partnership between hospitality and housing. The fundraising event brought together many different trades to solicit conversation and support surrounding the victims overseas, and each of these names in hospitality share a common goal in building community, as Lobos Tequila explains, for example, in their wolfpack mentality that supports their identity. The McPeak Team is among the select few who keep opportunities within earshot, always ready to pivot their game plan when called upon.

The event was for a single night of indulgence, but the camaraderie is alive and well. To support the efforts of the World Central Kitchen, Something Good Hospitality and the McPeak Team have united and leveraged Hot Meals For Refugees Of Ukraine. All proceeds from the event's ticket sales, silent auction deals, and supporting charities were directly poured into the World Central Kitchen's pantry in supplying hot meals to Ukrainian refugees, imparting cottage-level kinship from one home to another. This partnership is bound to witness influential change down the road, and with the McPeak Team leading the development, anyone can have a seat at the table.