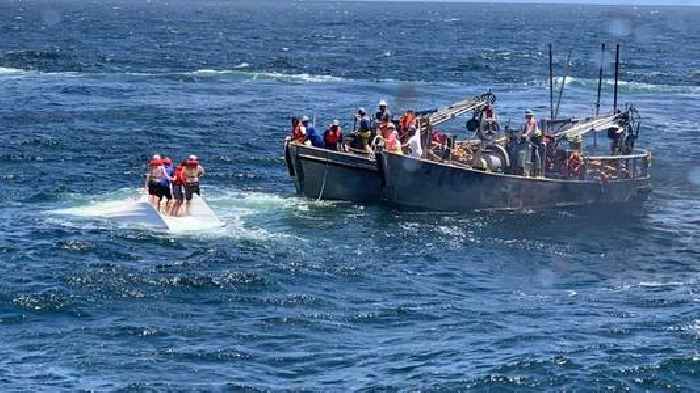 *MOSS POINT, MS / ACCESSWIRE / June 1, 2022 / *On Tuesday, May 31, fishermen from the F/V Mississippi Sound and the F/V Frosty Morn, which harvest menhaden exclusively for Omega Protein, assisted in rescuing six boaters - including two children - off the Mississippi coast in the Gulf of Mexico.

*Captain Joel Deihl and his vessel, the F/V Mississippi Sound*

"That's a terrible situation to be in, and you can only imagine yourself being in that situation," said Joel Deihl, Captain of the Mississippi Sound, in an interview with WLOX-TV in Biloxi, Mississippi. "I'm proud of my crew for how they responded with the other vessels that were with us. Knowing that they can go home and see their families is a big lift off our shoulders."

Omega Protein is proud of the captains and crew of these two vessels for their swift action to rescue boaters in distress. The safety of our crews and fellow boaters is always the top priority for Omega Protein and Ocean Harvesters.

This is not the first time Omega Protein-partnered fishermen have assisted in an at-sea rescue. In 2020, the crew of the F/V Smuggler's Point helped rescue six boaters from a burning vessel off the coast of Ocean City, Maryland.