World Premiere of C.S. Lewis on Stage: Further Up & Further In Announced for October 13-23, 2022 in North Texas 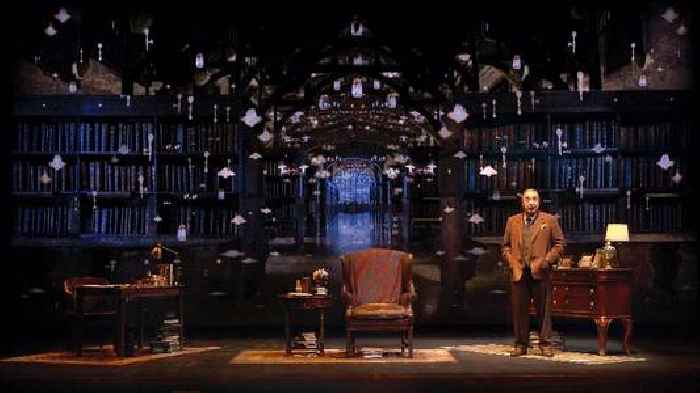 World Premiere of C.S. Lewis on Stage: Further Up & Further In Announced for October 13-23, 2022 in North Texas

*DALLAS, TX / ACCESSWIRE / August 26, 2022 / *From Fellowship for Performing Arts, the producers of The Screwtape Letters, and starring award-winning actor Max McLean, comes the world premiere of a dazzling, new theatrical experience that will take you Further Up & Further In the wit and wisdom of C.S. Lewis.

"When Lewis moved from vigorous debunker to believer, it wasn't obvious he would become the most influential Christian writer of the past hundred years," said actor and playwright Max McLean. "Why did the BBC give Lewis a national audience to deliver unprecedently popular radio talks that would become Mere Christianity? How did Hitler's devious charm influence the writing of The Screwtape Letters? What made Lewis such an effective apologist/evangelist to skeptics? Was it prayer? His expectation of the second coming? Or was it his deep longing for Heaven that also inspired much of his writing including Narnia and The Great Divorce?"

Using C.S. Lewis' own words, Further Up & Further In explores these questions and more through an immersive, state-of-the-art theatrical experience of startling imagery, evocative music, and Lewis' amazing storytelling. Further Up & Further In is a standalone production that builds on the story of Lewis' conversion as a young man told in the nationwide hit play C.S. Lewis on Stage: The Most Reluctant Convert.

Founded by Artistic Director Max McLean, Fellowship for Performing Arts is a New York City-based production company whose mission is to produce theatre and film from a Christian worldview to engage a diverse audience. In addition to annual seasons at Theatre Row in New York City, it produces coast-to-coast tours in both major performing arts venues and university theatres. McLean is the 2022 recipient of the C.S. Lewis Foundation Award for Distinguished Lifetime Contributions in Faith and Dramatic Arts.

FPA also produced the hit film The Most Reluctant Convert: The Untold Story of C.S. Lewis, which is available to stream now on Amazon Prime Video, Apple TV, Google Play and YouTube, as well as to purchase on DVD and Blu-ray.

What: C.S. Lewis on Stage: Further Up & Further In

For groups of 10 or more. Email groups@fpatheatre.com

Box Office: Monday through Saturday 10:00 am - 6:00 pm and one hour prior to all ticketed performances.

Produced by Fellowship for Performing Arts

Written and performed by Max McLean