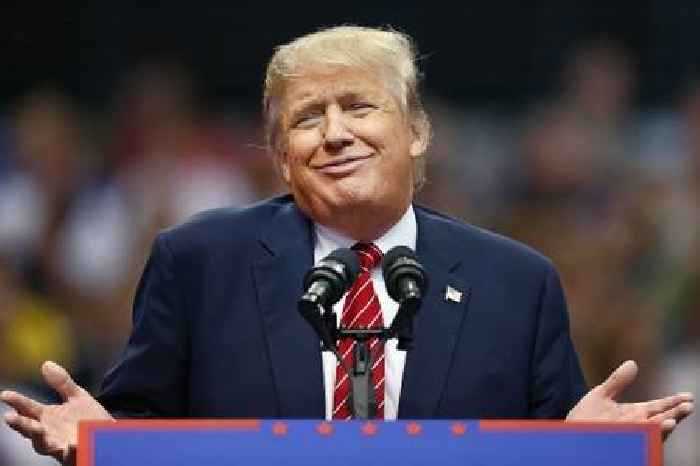 On Tuesday, Trump tried to push back against reports that his administration found an entirely new way to completely drop the ball on COVID-19 with a confusing executive order about vaccine distribution. And hilariously, when asked about it, even the chief science adviser for “Operation Warp Speed” wanted absolutely nothing to do with it.

“Frankly, I don’t know. And frankly, I’m staying out of this. I can’t comment,” Dr. Moncef Slaoui told “Good Morning America” when asked about it Tuesday morning. Ouch.

A little background: Earlier this year, the U.S. government arranged with Pfizer to pre-purchase 100 million doses of its then-in development vaccine once it became available. That sounds like a lot, but Pfizer’s vaccine requires two doses, which means those 100 million doses will go to only 50 million people, about 15% or the population. On Monday, The New York Times reported that more recently, Pfizer offered the Trump administration the chance to lock down far more doses of its then-in-development vaccine than 100 million — and the Trump administration turned down the offer.

Not only that, but a Pfizer executive said early Tuesday that the Trump administration turned down multiple offers. So instead the company offered those doses to other countries. As a result, it could be many months longer than it needed to be before the vaccine can be widely distributed. Whoops.

So, in a somewhat pathetic attempt to get past that news, around the time this huge mistake was reported, the White House signaled that Trump would issue an executive order telling pharmaceutical companies to prioritize Americans first. But the order, which appears to be unenforceable, doesn’t actually contain any plan to increase vaccine production, and it doesn’t actually order additional doses from the companies who are making vaccines beyond the doses already ordered.

And that’s why Dr. Slaoui found himself in that awkward position. What we’re saying in, America is definitely a well-oiled machine right now, absolutely no problems to report. At all.

Watch video of the moment, as reported by MSNBC, below:

President Donald Trump got called out on Wednesday for again spreading false information, this time for claiming that no other..

Biden Won’t Reset US Foreign Policy On His Own – OpEd