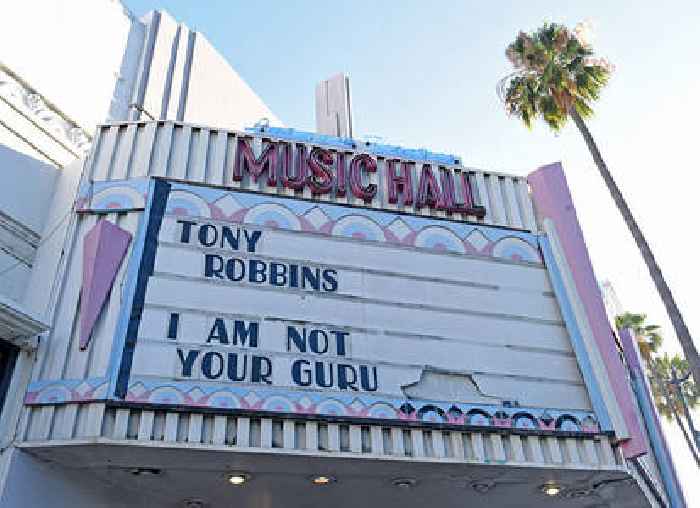 After an anxious four-month wait, indie cinemas and other entertainment venues financially wrecked by COVID-19 were finally able to apply for the Shuttered Venue Operators (SVO) grant this week, providing hope that federal aid may finally be on the way for thousands of businesses on the edge of bankruptcy.

“The sense of relief is palpable,” Audrey Fix Schaefer of the National Independent Venue Association told TheWrap. “We have heard from many venue operators who have been preparing for weeks to send in this application that the process was smooth and straightforward when it opened on Monday. We hope that they will be processed quickly and that we can start seeing those funds come sometime in the next month.”

In the first 24 hours of open applications, a spokesperson for the Small Business Administration said the SVO grant site received 17,356 applications, with 7,884 being fully completed and submitted. Over the next two weeks, applicants who suffered revenue loss of more than 90% year-to-year from April to December 2020 will be able to apply for grants equal to 45% of that lost revenue or a maximum of $10 million. Checks will be distributed to qualified applicants starting in May.

Indie theater Cinelounge has opened a drive-in location in Hollywood to find revenue during the pandemic, but owner Christian Meoli says that it is in serious need of federal aid (Photo: Christian Meoli)

But while multiple individuals called the application process straightforward, the road to opening the site was anything but. The SBA was tasked with creating a brand new grant application and distribution system practically from scratch in the midst of a pandemic and a turbulent transition period in the White House, with new SBA administrator Isabella Guzman receiving Senate confirmation only on March 18.

A plan to begin applications on April 8 was delayed for nearly three weeks to April 26 due to crashes on the grant application site. But that lag time allowed some applicants to prep their documents and attend webinars about the SBA’s byzantine grant requirements hosted by organizations like the National Association of Theater Owners.

“NATO has been a terrific resource, constantly updating us on the situation,” Peter Ambrosio, co-operator of the Lumiere Music Hall theater in Beverly Hills, said. “I was there like so many people on April 8 with all my documents ready, and there was a massive list. They were geared towards this idea that people are going to game the system and commit fraud, so theater owners had to show weirdly specific stuff like floor plans and ticket sale data to show that we are the kind of eligible business that we say we are.”

There were also some unexpected twists that Ambrosio encountered. One was the discovery that the SBA would count donations received during the pandemic as revenue, with the Music Hall receiving thousands of dollars through a GoFundMe campaign first launched last fall. In addition, Ambrosio and his team faced a challenge in providing full 2019 revenue statements since they only started running the Music Hall in November 2019 after buying the site from L.A. indie chain Laemmle Theaters.

“If you opened in 2019, you have to show the revenue you received in the first quarter you were open and then compare it to that same quarter in 2020,” he explained. “So we have our first month in November, which is obviously going to be the lowest month of revenue, and then in November 2020 we had a huge chunk of money come in through our GoFundMe, and that just doesn’t give any sense of how much revenue we have lost in the past year.”

Other venue owners faced similar challenges. Trevor Shickman, an adviser at the Pacific Coast Regional Small Business Development Center, said that he’s spoken with many business owners during the pandemic who have never interacted with the SBA or applied for any federal grants until now.

“It can be very overwhelming and confusing for first-time applicants to deal with the SBA, and the pandemic has just forced countless business owners to figure out how this system works,” he said. “It’s like trying to learn a new language, only it’s a language they need to understand to keep their business afloat.”

And even if businesses are eligible, not every theater is sure how much money they will receive — or when. Christian Meoli, CEO of Arena Cinelounge in Hollywood, said he spent three hours filing his application but is concerned about whether his theaters will be eligible for the first wave of grant money.

Despite this, Meoli remains optimistic. In the two months since he last spoke to TheWrap, Meoli has joined hundreds of California theater owners in reopening their cinemas with a 50% audience limit as Los Angeles now has the lowest COVID-19 infection rate of any city in the U.S.. As has been the case with the box office as a whole, revenue has been very uneven and Meoli knows he is still months away from turning a steady profit again.

But regardless of the red tape and uncertainty, having the grant application sent in to the SBA has given him a bit more peace of mind. “It just provides a little bit more stability, a little bit more comfort that if we hit another slow period, which we most likely will, it is not going to be a grave situation,” he said.