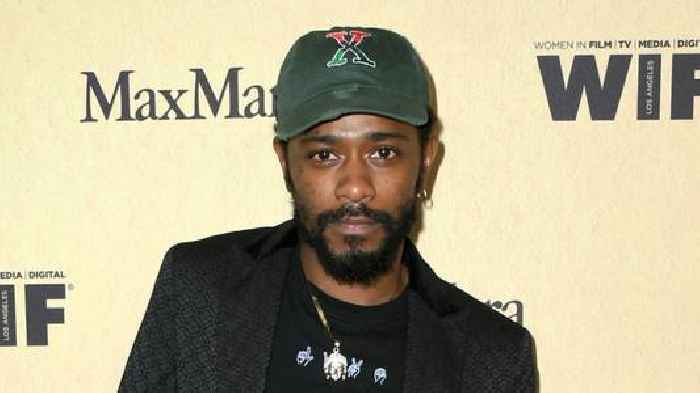 “I condemn hate speech and discriminatory views of every kind,” actor writes

LaKeith Stanfield has apologized for his participation in and moderation of a Clubhouse chat this week that included anti-Semitic remarks, saying he condemns “hate speech and discriminatory views of every kind.”

“Yesterday I entered an online chat room on Clubhouse about the teachings of Louis Farrakhan. When the room’s participants noticed me, I was quickly made a moderator of this room,” the Oscar nominee said in a statement posted to Instagram on Friday. “At some point during the dialogue the discussion took a very negative turn when several users made abhorrent anti-Semitic statements and at that point, I should have either shut down the discussion or removed myself from it entirely.”

The “Atlanta” star continued: “I condemn hate speech and discriminatory views of every kind. I unconditionally apologize for what went on in that chat room, and for allowing my presence there to give a platform to hate speech. I am not an anti-Semite nor do I condone any of the beliefs discussed in that chat roorm[sic].”

According to The Daily Beast, the Clubhouse chat room in question stemmed off of another room that had been shut down by a moderator due to offensive anti-Semitic remarks.

“I’m not even Jewish,” Kareem Rifai, who was in the second Clubhouse chat, the one during which Stanfield was a moderator, told The Daily Beast. “I’m an ally to Jewish people and I was there for my Jewish friends who were there because I’m sure it was very traumatic for them. Honestly, I can’t describe it… I felt sick to my stomach for most of it.”

Rifai added: “Some of the things that were said were worse than things that I’ve read or heard about neo-Nazis saying, it was insane.”

LaKeith Stanfield called an old music video titled “Swastikas and Bones” that he recorded and posted when he was 21..

On Thursday, Stanfield took part in a followup room led by “a panel of Jewish educators,” according to the Beast. He did not..

LaKeith Stanfield's under fire for his involvement in a Clubhouse discussion about Louis Farrakhan's anti-Semitism that devolved..