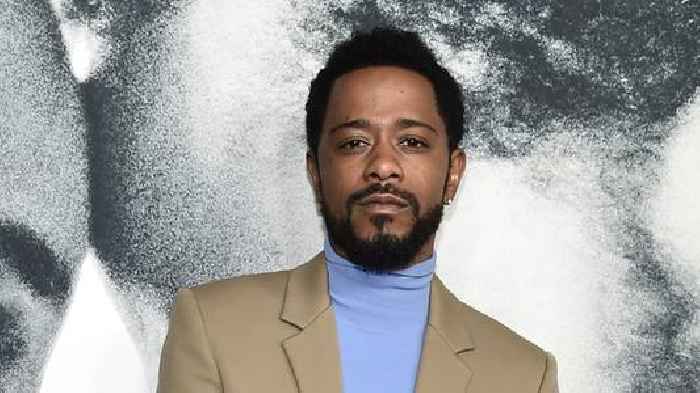 LaKeith Stanfield called an old music video titled “Swastikas and Bones” that he recorded and posted when he was 21 “stupid,” “dumb” and a “terrible mistake” after The Daily Beast discovered it.

Stanfield, who’s been in the news for participating in a Clubhouse chat that included anti-Semitic remarks, granted The Daily Beast an interview after the publication asked for comment about the 2013 music video “Swastikas and Bones,” which has since been removed.

According to the Daily Beast, in the video Stanfield, “raps as he leans back against a wall with his shirt off and a swastika digitally superimposed on his forehead. Eventually, the symbol fades away but then is shown in the upper-right-hand corner in bright yellow.”

Stanfield, who is currently in London filming the third season of “Atlanta,” explained that he had forgotten the video existed and he had made it to flex his artistic muscles prior to having a public platform. He told The Daily Beast he had learned that the origin of the swastika image had been twisted by the Nazis from its Hindu roots and that the video was intended to be a commentary.

“I found out that the original definition of the symbol was something completely different, that it represented the sun…So, I attempted to use that meaning within the video, while also trying to be mildly provocative and try and get people to see my message through imagery,” Stanfield said. “That was a terrible mistake for me to even try and use it, even to try to get across a point that had nothing to do really with hatred. So, I’d never do that again. I’d never use that symbol again.”

The Daily Beast raised the video in connection with some of Stanfield’s other peculiar social media behavior, including one incident in August in which he posted photos of a pill bottle along with a caption that read, “I like to be by myself because U can hurt myself and no one tells me to stop or fakes like they care,” prompting many to wonder if Stanfield was OK.

“I’m being careful as I move forward, to make sure I’m expressing the things that I really feel, and that I can’t even be put in a situation where it can be misconstrued or be situated next to things that don’t reflect how I actually feel,” he said. “There’s a big responsibility now for me, and I realized there are all kinds of different people looking at the things that I do, and I hold that of high importance.”

He also reiterated his stance against hatred and again apologized for his participation in the anti-Semitic Clubhouse chat, denouncing the language in the room and saying he does not stand with Louis Farrakhan.

“Let me just make it clear: I don’t support any form of hatred whatsoever, any kind of anti-Semitic statements that were made, anybody that tried to single out a group of people and make up allegations and say crazy things about them or their people? I don’t support that in any way whatsoever. Never did, never will.”