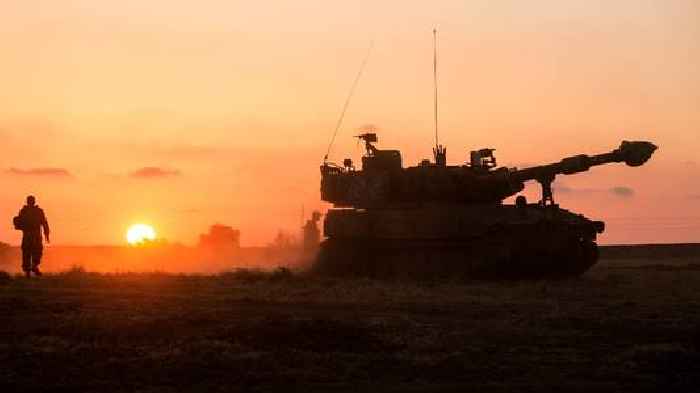 The Israeli military retracted statements on Friday that its troops had entered the Gaza Strip, but Israeli news outlets reported the initial incorrect announcement was done to purposely deceive Hamas fighters.

Early Friday morning, the Israeli military issued an apocalyptic statement to the international media, saying that an Israeli ground invasion in the Gaza Strip was underway. “[Israel Defense Forces]’s air and ground troops are currently attacking in the Gaza Strip,” the tweet read.

Wall Street Journal reporter Felicia Schwartz confirmed that she had been told of the military act first-hand. “Two hours ago @IDF told us on the record troops had entered Gaza. At 2a they retracted that initial statement and said ground forces are attacking Gaza (but not from inside),” she wrote.

But shortly thereafter, the military issued a “clarification” and said there were no troops in Gaza and downplayed the incident as an “internal miscommunication.”

“These things can sometimes happen in the midst of a complex operation with many moving parts and with an unclear picture of what was happening,” military spokesman Lt. Col. Jonathan Conricus said Friday. “As soon as I understood that I had the wrong information, I updated the relevant people with a clarification.”

But it was too late – news organization like the New York Times, The Washington Post and Agence France-Presse had already reported the attack based on the IDF tweet.

“Several international news organizations … alerted readers worldwide that a Gaza incursion or invasion was underway, a major escalation of Israeli-Palestinian hostilities. Within hours, those reports were all corrected: No invasion had taken place,” NPR’s David Gura wrote. His colleague, Daniel Estrin, who is NPR’s correspondent in Jerusalem, voiced his grievance, questioning if the media was being used to further political objectives.

“If they used us, it’s unacceptable,” he said. “And if not, then what’s the story — and why is the Israeli media widely reporting that we were duped?”

Several Israeli military commentators agreed with Estrin, believing the media had been used to lure Hamas militants into a trap. “It was a manipulation,” veteran military correspondent on Israel’s Channel 13 TV, Or Heller, said. “It was smart and it was successful.”

Hamas has not commented on the incident or speculation around it.

From Karachi To Sheikh Jarrah: The Why And Why Not Of Palestine Solidarity In Pakistan – OpEd

As part of the ongoing Nakba, Israel has once again unleashed its latest reign of..

Who Benefits From The Gaza Conflict? – OpEd

The Los Angeles Police Department is investigating whether an attack on diners that occurred outside a Beverly Grove sushi..