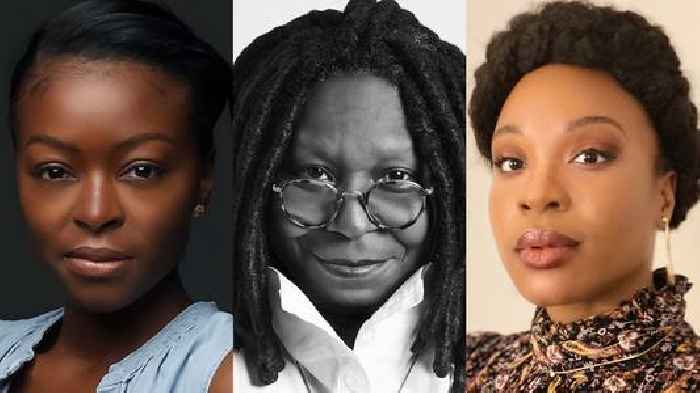 "Watchmen" star Danielle Deadwyler and Whoopi Goldberg are set to star in "Till," a drama about the aftermath of the murder of Emmett Till from the director of "Clemency," Chinonye Chukwu.

"Till" is set up at MGM's Orion Pictures, and the studio will kick off production on the film this September in Atlanta.

"Till" is about Mamie Till-Mobley, who led a pursuit for justice for her 14-year-old son Emmett Louis Till, choosing to have an open casket at her son's funeral following his gruesome murder in 1955 after he was accused of offending a white woman in a grocery store. Mamie chose to have Jet magazine publish the horrific photos at the funeral, which became a galvanizing moment that helped lead to the creation of the civil rights movement.

Deadwyler in the film will play Mamie, while Goldbergh will portray Emmett's grandmother Alma Carthan.

Chukwu also wrote the screenplay based on a previous draft by Keith Beauchamp and Michael J P Reilly. The film is in part based on the original research from Beauchamp for his award-winning 2005 documentary "The Untold Story of Emmett Louis Till."

Whoopi Goldberg is also a producer on "Till" along with Beauchamp, Barbara Broccoli, Thomas K Levine, Reilly and Frederick Zollo.

“I'm honored to be partnering with MGM's Orion Pictures and an incredible producing team in telling a story that will delve deeply into the humanities of Mamie and Emmett, the love and joy they shared, and the activist consciousness that grows within Mamie as she seeks justice for her son," Chukwu said in a statement. "I'm thrilled to be working with Danielle, a powerhouse of an actor, who will bring a brilliant complexity and groundedness to her portrayal of Mamie. And it is a dream come true to be working with the legendary Whoopi Goldberg, especially in telling this story."

“It is a gift to learn the legacy and intimacies of our ancestors, those familial and communal, as is the life of Mamie Till-Mobley, a public leader and mother of the movement. I am charged with humility and great will to embody her life at such an integral moment of personal tragedy and political rebellion, a boon to the civil rights movement, and to represent the joy in the love and life shared between Mamie Till and her beloved Emmett Till," Deadwyler said. "I am grateful for the women who support me as the one to carry the labor of this embodiment and as an inheritor of such a lineage. Much gratitude for Chinonye Chukwu, Barbara Broccoli, Whoopi Goldberg, Alana Mayo, and Pam Abdy, amongst many others, for the undertaking we seek to uplift and transfigure with this film.”

“We have waited a very long time to bring this historically necessary important film to people,” Goldberg said.  “And as we watch the repression of American History when it comes to people of color it makes it even that more important. I couldn't be with better people: Fred, Barbara, Chinonye, Keith, Michael and Danielle.”

“Mamie Till-Mobley was a singular voice who led the way for countless others who came after in her fight for justice. Our visionary writer/director Chinonye Chukwu, and stellar producing team of Keith Beauchamp, Barbara Broccoli, Whoopi Goldberg, Thomas K Levine, Michael J P Reilly and Frederick Zollo, have worked tirelessly to bring her story to audiences everywhere and we are incredibly proud and humbled to join them in bringing Mamie’s story to the big screen,” Orion Pictures’ president Alana Mayo said in a statement.

Deadwyler appeared on "Watchmen" as the character June, and she's also starred in episodes of "P-Valley" and "Atlanta." She'll next be seen in "The Harder They Fall" for Netflix and the miniseries "Station Eleven."

Goldberg outside of her duties hosting "The View" recently joined the cast of the animated film "Luck," but her last feature was "Nobody's Fool" from 2018, and she'll appear in "Sister Act 3" for Disney+.