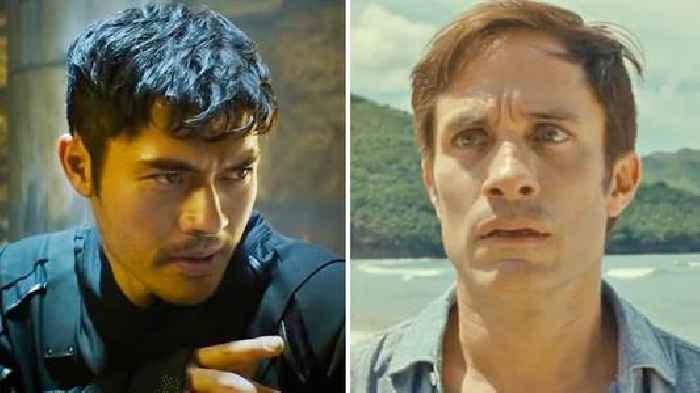 In a normal box office, down periods are common. Some weekends will bring films with little mainstream interest or weak word-of-mouth while theaters simply wait for the next big franchise blockbuster to get business going again.

But in a theatrical market still wrestling with the effects of COVID-19, the low points are getting lower. We saw it last month when Warner Bros.' "In the Heights" failed to become the hit many industry observers had hoped, and we're seeing again this weekend with the sub-$20 million debut numbers for Universal's "Old" and Paramount's "Snake Eyes" while many overseas markets faced renewed pandemic regulations.

Expectations had been relatively low for both M. Night Shyamalan's "Old" -- which opened to a record-low $16.5 million for the director -- while the "G.I. Joe" spinoff "Snake Eyes" managed only $13.3 million, less than half the opening weekend of the last film in the toy-based action franchise, 2013's "G.I. Joe: Retaliation."

COVID-19 isn't entirely to blame for these drops. Both films have received lukewarm reception from critics and audiences. "Old" landed a 52% Rotten Tomatoes score and a C+ from CinemaScore audiences, while "Snake Eyes" has 42% and a B-. But given how Shyamalan's previous film, "Glass," opened to $40 million despite similar critical pans, it's probably reasonable to assume that both films could have opened at least above $20 million in an environment where rising COVID-19 case numbers aren't on the minds of many casual moviegoers.

"There's a mix of factors at play," Boxoffice analyst Shawn Robbins said about the weekend's low numbers. "Content quality is part of the problem, as is the hybrid release for holdovers like "Space Jam." And the Delta variant is still having an impact, but I can't say for sure how much it's affecting interest among the vaccinated, who according to surveys are the ones going to theaters right now."

Meanwhile, some countries are starting to reimpose restrictions on theaters in response to the spread of the Delta variant. The biggest impact can be seen in France, where President Emmanuel Macron has called for theaters and entertainment venues to seek proof of vaccination to enter.

Despite far-right protests, millions of new vaccination appointments have been recorded on France's pandemic response websites, including 1.7 million within 24 hours of Macron's announcement of the mandate. But as the mandate came into effect this weekend, overall revenue for the French box office plummeted by 60%. Similar restrictions are currently being considered in Germany and some other European nations.

Meanwhile, South Korea is planning to expand social distancing protocols beyond Seoul, which will affect movie theaters in the Asian country as gatherings of more than five people will be banned. Australia has also seen some theaters close again as lockdown rules have been reimposed on New South Wales and Victoria.

These new hurdles further complicate the global box office outlook for late summer releases like Disney's "Jungle Cruise" and Warner Bros.' "The Suicide Squad," both of which will have a hybrid release with "Cruise" hitting paid streaming on Disney+ and "Squad" arriving at no extra charge on HBO Max. Both films are using A-list stars like Dwayne Johnson, John Cena and Margot Robbie to draw in moviegoers, but Robbins warns that both films will likely leave analysts trying to sort through how both the usual box office variables and the new chaos of COVID are having different kinds of impacts on audience turnout.

"With 'Suicide Squad,' how many people beyond hardcore DC fans are going to be reluctant to see this film because of the poor reception for the first 'Suicide Squad' five years ago? And of those willing to give this film a chance, how many will see it in theaters?" Robbins said.

And depending on how these films perform and how the short-term global outlook pans out, changes could be in store for what was expected to be a crowded fall release slate that would push box office recovery even further.

"I don't think anything can be ruled out at this point," Robbins added. "After 'The Suicide Squad,' studios have largely left August clear with big films set for September and October. We haven't seen too many impacts domestically from the Delta variant so far. But if cases rise, it's not out of the realm of possibility that we see films switch to a hybrid release or even move their release dates."

How 'Space Jam 2' Pulled Off a Box Office Surprise

After releasing multiple blockbusters per year for much of the 2010s, Dwayne Johnson hasn’t been seen in theaters for over 18..

What better than a hot hatch to make up for the many miles of driving we’ve missed during lockdown?