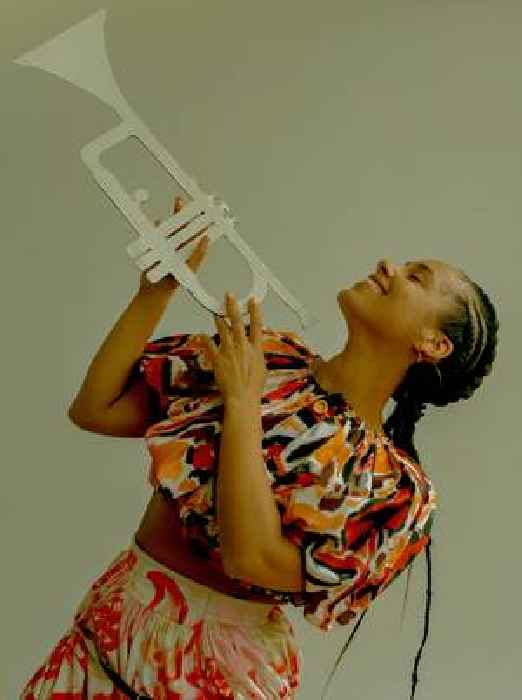 *Alicia Keys *has been on a journey, one of motherhood, womanhood and ultimately, selfhood; her upcoming album and book reflecting a new, defiantly honest approach.

In 2020, this is a woman not hiding anymore, especially not from herself.

“I’ve always wanted people to really know me, I just wasn’t ready to share it. But now I am.”

Alicia Keys, raised in a single-room apartment by her tough, hard-working mother in Hell’s Kitchen, New York, has reached pretty dizzying heights. But she’s done it all – become a classically trained pianist, a 15-time Grammy Award-winner, an accomplished actress, a best-selling author, a producer for screen and stage, a powerful force for feminism – without ever really showing her true self. That is, until now.

In 2020, Keys is embarking on her most personal project yet. Seventh studio album ‘ALICIA’ is incoming – a body of work that sees her in as open and vulnerable a place she’s ever been –while she’s also completed a new book, More Myself, which isn’t a memoir as such but a series of reflections on her life and career, most of which have never revealed before. In opening up anew, she shares her origin stories as an artist and the secrets of some of her biggest tracks, as well as smaller, human moments.

This new need to start sharing more of herself can be heard all over ‘ALICIA’ as well as in the pages of ‘More Myself’, reflected in new and varied sounds, as well as subject matters. “There’s openness, more clarity. I’ve got a bigger perception of where I want to go,” she says. It could all sound a bit ‘LA’ if it wasn’t so clear that Keys has genuinely been on a profound personal journey over recent years. From famously swearing off make-up to founding her non-profit initiative She Is Music, promoting female advancement in the industry, this is an artist who’s finding herself.

“It’s mostly just comfort level, getting to know yourself intimately,” Keys says, of this new-found mental space she’s worked towards. “Looking in the mirror more over the last couple of years, becoming a mother. Motherhood got rid of all that stuff, about making people happy. I had the baby and everything became more clear.” Mother to two young sons, Egypt and Genesis, with her husband and fellow New Yorker Swizz Beatz, she says the experience has allowed her to look at sides of herself she avoided for many years – the “angry Alicia” the “sad Alicia” – and talks about how things that seemed to be priorities before just melted away, about realising her workaholic tendencies and desire to please people were maybe coming from the wrong place.

“I was fearful to lose it,” Keys explains, of her need to cling onto the stratospheric success of her early career, and to conform to other people’s high expectations of her. “I’d do everything all the time. It [motherhood] makes you realise things about yourself, about being so concerned about judgement. Getting into that trap of trying to avoid judgement, the oppressive nature of the aesthetic of beauty. That’s not who I want to be, thinking about all that bullshit.” It sounds like she’s discovered a mindfulness of sorts, describing how it’s vital to allow yourself to experience all emotions, and all facets of selfhood, and that’s the backbone of the new record. “There are all these different sounds, that I love, showing all these different parts of myself,” Keys reflects, “identity, who really am I? Who are we? Normally we’re only intimate with a few parts of ourselves.”

With the retro-funk bop of ‘Time Machine’, for example, she celebrates living in the moment instead of dwelling in the past. Keys says it’s about fear – or letting go of it – like the fear of discovering who we actually are, while the melody reminds us that when we’re “going out of our minds, all up in our heads, go into your heart instead”.

The empowering ‘Underdog’ reflects her new headspace too. Keys says despite her success, the story of the underdog is still one she relates to on a deep level, seeing it as part of her own story, and that of her mother - Teresa Augello, an Italian-American single mother who exposed her young daughter to classical music and jazz artists like Thelonious Monk or Billie Holiday, and had her in piano lessons by the time she was seven, often working three jobs to keep them afloat.

“I think of my own mother’s story coming up, following a dream and being a single mother and defying the odds,” says Keys, reflecting on ‘Underdog’. “No-one thought from her little town that she was going to make it. She had a mother who struggled with manic depression - and she also had nine kids - what would make her do anything, go anywhere? Makes you want to get up again in the morning and the next day, you know? For me that’s a constant struggle. And honestly it doesn’t matter how much success you’ve had or how much money you have, whatever you have is kind of fleeting – it’s mostly about what spirit you have, what drive you have, what passion you have, what faith, what hope you have.”

She also talks about the importance of seeing the world through other people’s eyes, acknowledging other people’s stories and struggles. “It [the song] talks about how rare it is to really connect, really communicate with another person, to really listen to another person’s story, really connect with their struggle, what they’ve come up from,” Keys explains. “We all stand with other people every day, on the train, on the bus, on the street – but we don’t know these people. It’s rare that you actually meet a new person, and connect with them, listen to them, because we’re always busy, always running, trying to keep it all together. We’re more ‘connected’ than ever – I can talk to someone right now in Istanbul – and yet, sometimes not. I think that’s another beautiful part of the underdog’s story. I love how it’s written from that storyteller perspective.”

She’s made fighting for other people a core part of what she does, and at the end of 2019 her She Is Music initiative was recognised for its work in pushing forward women in the industry at Billboard’s annual Women In Music event. Can we hear that fight for females on ‘ALICIA’? “Every time I’ve written a song that represents female empowerment I never knew I was writing it,” Keys smiles. “I didn’t realise that’s what it was going to be or that it would resonate in that way. It’s not like that was the intention from the jump. I feel all my own songs in a new way now - that evolution is crazy. But I love that I’m the person that wrote ‘Girl On Fire’, ‘Superwoman’, ‘Woman’s Worth’ - it’s always been because I’ve needed a push, I’ve needed to remember that I’m special, to recall that I have that strength.”

She says there are elements to ‘ALICIA’ that carry on that push, but in new ways. She’s realising new elements to her own psyche, and that of all women in society. “Like how worthiness is an issue. I always thought I was being humble – it’s a beautiful thing to be – but there’s a fine line between humility and not feeling worth it,” she explains. “A lot of us struggle with that, to balance that cycle. I saw my god-daughter the other day, and I told her, ‘You’ve got to be your own best friend’. I didn’t know how to be my own best friend, I knew how to be a best friend to everybody else - every boyfriend, to my mother, I could be the best friend to all my friends, the one everybody liked at social events...but you should be your best friend first.”

She sees this as being something deeply female, and that now is the time to acknowledge it: “I’m excited about the conversations we can have, they’re really powerful, really relevant and at this time in the world we’re really seeing how important the feminine energy is. It’s so important for balance, it’s so important for everything. And it’s definitely happening – that’s why we have to go through all this bullshit. It’s time for drastic change, drastic. I mean if a woman was running the country, would this shit be going on??”

Keys sees her new book as being a part of this conversation – which she says she was ready to write because “I’m ready to be more open” – tracing her own personal story as well as the wider theme of womanhood. “In so many ways the book brings us through the journey so far and explores these themes and places that we’re all going through [as women] and how to really become our authentic selves,” she says. “How do you become more of who you actually are? Wherever you turn, is there anyone encouraging anyone else to be unique, or different, or do something new? No! That’s the first person that’ll be made fun of, nobody is being encouraged to be more themselves – more like everyone else, that’s what we’re encouraged to be. That’s the message we get from the minute we come into the world, so how do I, how do we, do that? That’s what the stories share, as far as I’ve seen it – I have so much more to learn by the way, but I’ve definitely learnt enough to show me.”