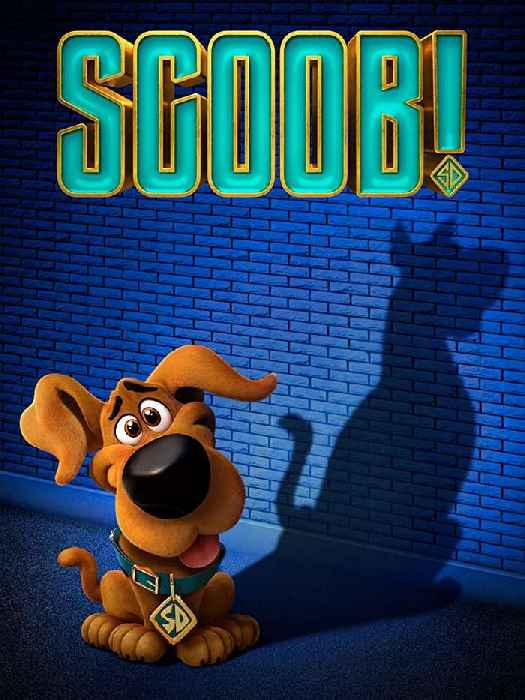 It’s been a while since we published a movie review here at One News Page, and honestly, I do wish that it was under better circumstances – as SCOOB (without that annoying exclamation mark) really is a mess. While there have been plenty of new releases in 2020 heading to home format as a result of the COVID-19 pandemic, SCOOB was a movie which seemed to dodge this new wave for the longest time – however, in recent weeks and months, it’s emerged as a leading family film available to rent.

It’s only recently made its way to the UK after significant waiting – and after promising trailers dating all the way back to the start of 2020, it’s safe to say this was one which – while looking pretty daft in places – was going to be widely anticipated. After all, how long is it since any Hanna-Barbera characters made their way to the big screen?

This soft reboot of the Scooby-Doo franchise – one of what must be nearly 50 now – is actually set up as a platform for a prospective ‘Hanna-Barbera Cinematic Universe’. That is, in the sense that we’re potentially going to start seeing animated movies featuring the characters from Wacky Races, The Flintstones, The Jetsons and more. However, the way this movie has performed – at least critically – I’d dare say it’s stumbled at the first.

SCOOB throws us back into the world of Scooby-Doo (Welker) as it emerges that everyone’s favourite great dane (sorry, Marmaduke) is of special interest to Dick Dastardly (Isaacs) – he has a nefarious plan involving the hapless pup which ends up splitting the canine and his best chum Shaggy (Forte) from the rest of the Mystery Inc gang. This brings in one of Hanna-Barbera’s lesser-known properties, Blue Falcon (Wahlberg), along with Dyno-Mutt (Jeong) to help out.

The plot is actually pretty messy. In fact, it stumbles along more as a showcase of these new takes on beloved characters more than any kind of tight narrative or enjoyable screenplay. It’s a family film – I get it – and there are plenty of funny jokes here and there – but this is also a movie which assumes you know everything there is to know about Mystery Inc, and despite a quick prologue at the start, it really feels as though the movie is desperate to get up and moving. It could really benefit from some new world-building, to be honest.

What’s really obvious throughout is that this movie appears to have been written by someone who knows of the characters and the franchises they are working with, yet might not actually know what to do with them for the best. I mean no hyperbole when I say that the live-action Scooby-Doo movies from a decade or so back really did the franchise more justice. I’m still clamouring to see what James Gunn’s original draft for the first movie was like.

In any case, SCOOB is colourful, in some cases well-designed, but otherwise really shallow. It’s a bit of a unique fruit in that it bumbles along haplessly but at breakneck pace. At the end of it all, you’re not really sure what you’ve watched, and frankly, there are a few really odd twists here and there – particularly the final one – which take you right out of the experience. There’s a massive imbalance in tone, and it feels like a first draft has somehow made its way into the hands of an animation team without much in the way of specific direction.

It’s altogether pretty flat. Yes – some of the jokes land – and yes – some of the acting isn’t bad – but it’s not the Scooby-Doo you know and love, it’s a pretty empty attempt to cash in on nostalgia, too, with references squeezed into every corner of the movie – references and Easter eggs are great, but not when they’re the driving force of your entire film.

I’d love to see a Hanna-Barbera cinematic universe. I think it’s high time we had another Flintstones movie, and I’d gladly pay to see Wacky Races on the big screen providing it had clear direction. SCOOB, however, is a bit of a mess – it’s poorly executed, shoddily realised, and altogether forgettable. The fact that ‘current Shaggy’ Matthew Lillard (who does the single best take on Casey Kasem’s original voice) was supposedly unaware of the project until its public announcement hammers another nail into the coffin.

Also – just so you know – Scooby-Doo talks in full monologues in this, Blue Falcon literally dabs and has airhorn music and Captain Caveman actually talks fluent English. Short of Dick Dastardly actually saying ‘drat and double drat’ at one point, this movie actually does more harm to the original IPs than supports it.

My Review of DUNE, As a READER of this Frank Herbert, I LOVED its adaptation, WELL DONE, LOVED IT!

Movie review of the 2011 film The Artist