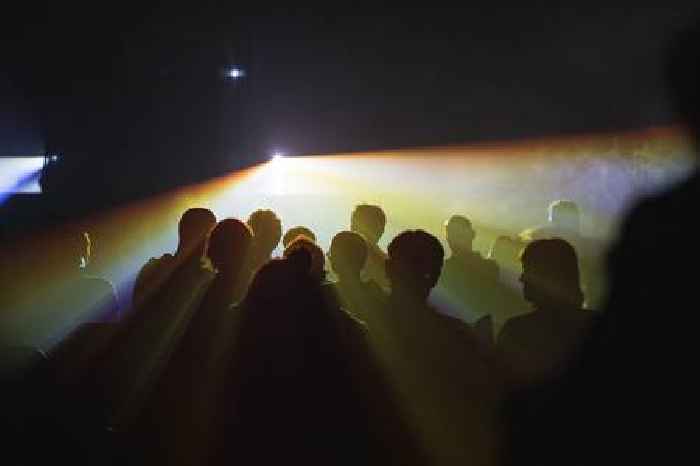 A weekend in musical discovery…

The world is waking up from its coma, bringing with it its own highs and lows… Clash can confidently say the return of music festivals scores as a high! Feeling a little like unsteady toddlers with rusty social skills we’re venturing back into the unknown, and what better social lubricant than a lineup of fresh and exciting artists hailing from every corner of Europe and beyond. This is exactly what *MENT* provides, held in Slovenia’s capital, the showcase festival spans over three days and takes place in a jumble of venues across the city. Opening its doors to the public as well as delegates and industry professionals, the event offers a wealth of panels, workshops and conferences alongside the engagingly diverse lineup.

Day one of *MENT* began blessed by sunshine that covered the stark outskirts of Ljubljana, down every street a view of trees and impossibly enormous mountains giving a strangely pleasing impression of being contained in a snow globe.

Keeping it simple on the Wednesday, all music acts were hosted in the festival headquarters, Kino Šiška, a kooky space a short bus ride away from the city center that gave some initial insight into an alternative underbelly clearly alive and thriving within Ljubljana. Although all addresses to the crowd came in English, the attendees gathered there were truly a melting pot of Europe and every conversation overheard seemed to be in a different language; a refreshing difference!

A little later, headliner Yves Tumor and their band sauntered lazily onto the upstairs main stage, sunglasses and cap covering most of Yves face. The crowd was suddenly transformed into screaming fans as the LA based five piece delivered their signature experimental electro-rock with a stylistic vigor. Parts of the set sometimes lacked the punch many have come to expect from the artist, however the clearly accomplished group of musicians brought a well-oiled dynamic, the sound culminating somewhere between Throbbing Gristle and Prince. A standout performance was given by their guitarist Chris Greatti, who before our eyes transformed himself into a time traveling rockstar from the 70’s, complete with mullet, flairs and behind the head face-melting guitar solos. An act the attendees of MENT are not soon to forget.

A decidedly strange choice came when, following that performance, the last act of the night, Toyota Vangelis, performed with a small setup of a mic and a synth. Placed at this time, the set was maybe an attempt at a warm-down, but only aided a dramatic dip in energy and most of the festival goers opted to head home before the end of the night.

Each day the flurry of musical acts began around 7pm, giving visitors to the city the opportunity to look around and take in the stunning scenery.

Thursday’s musical ensemble was ushered in with an act most would agree was an angelic being sent from above; Oklou, a french singer songwriter who delves into soft electronic soundscapes layered with skilfully modulated vocals and silky electric guitar. Dressed in a Gorillaz animation style character fit complete with an Amelia Earhart style pilots hat and hiking backpack, the soft spoken artist was surrounded by circles of light and projections of night time skies filled the backdrop behind her and her guitarist, transfixing the audience as her voice filled the room. The sound and lights team Kino Šiška is not to be overlooked, every set in that venue was perfectly mixed and crystal clear.

Later on in the evening the crowd was shifted 20 minutes away to the sprawling collection of buildings known as ‘Metelkova’, military barracks initially housing the Yugoslav Army until Slovenia declared its independence in the early 90’s. It was then squatted by a collective of artists and creators who slowly transformed it into a city-recognised cultural arts center. Crowded with twisted metal sculptors and incredible street art, the bohemian feel of Metelkova served the festival perfectly. Entry and accessibility was a breeze and the drinks were super cheap. The staff were all lovely (even giving this hungry journalist a bowl of free vegan gulag) and the atmosphere was wonderfully welcoming and inclusive to all.

In one of Metelkova’s small venues, electronic mastermind HRTL smashed it out the park with an incredibly unique and fully improvised show, his complex modular synth engulfed by a tangle of snake-like wires and switches which he was constantly shifting around the board in a process that he describes as ‘algorithmic modular live patching’. Delivering a mix of dark house and vividly industrial techno sounds, HRTL immersed himself in the center of the dance floor rather than up on stage, allowing the enthusiastic crowd to gawk at his setup. The only downside being that the attendees didn’t want it to end and could have stuck there all night watching him work his techno magic.

Honorable mention goes to three-piece Swiss outfit Omni Selassi; two drummers and vocalist slash multi-instrumentalist whose exploration into musical doom sent the crowds head spinning on Metalkova’s outside stage. Fans of the unusual should give their pop, grunge, synthy soup a taste.

The third and final day rolled through with more talks, panels and workshops held during the day, covering everything from creating your own instruments to the future of Slovenian electronic music to interviews with industry bigwigs, as well as a small pop-up record fair in the university square.

The team behind MENT utilised the city well, creating space for performance in a dynamic range of venues including museums, university lecture halls, squat venues, cultural arts centers and old timey punk-rock spots and clubs, aligning each act with a specific space to suit their material.

Those used to outside stages and sprawling fields can often find city-based festivals somewhat tedious, running from venue to venue, dealing with public transport and copious queues. However the layout of MENT seemed well thought-out; everything within a certain time slot was, for the most part, walking distance from one another. There was certainly something quite joyous about watching intense spoken word over manipulated found sounds in an railway museum before running down the road to a rock venue hosting a band with gain-heavy guitars and crowd surfers, all in the span of 10 minutes.

Martha Skye Murphy brought her siren-like otherworldly whispers to a museum lecture hall down the road from Metelkova, her set permeated by piano and field recordings of nature creating a certain emotional atmospheric bliss.

KOIKOI presented one of the most impressive performances of the weekend in terms of energy, band synergy and musical variety. The Serbian four piece delivered a set unhinged and unhindered by genre, mixing elements of folk, krautrock and alternative indie in a visceral sweaty tangle uplifted by a clear love of their craft. Despite several technical difficulties, they never stopped delivering pure outpouring of energy and the audience gave it right back to them.

Ending up in one of Ljubljana’s oldest clubs, Klub K4, stand out sets from Dorian Concept and KATCHA topped off the final night which carried on to 5am, at which point the somewhat bedraggled festival goers and many of it’s organizers stumbled out into the daylight with a uniting sense of triumph.

While showcase festivals sometimes lose a certain energy due to the focus on industry connection, MENT was clearly sculpted by a team of passionate music lovers and truly felt like an event focused on musical discovery and forming new friendships. MENT joins a wealth of events such as Sharpe festival, Druga Godba, INMusic and many more in a worthy mission statement of further developing the European and specifically the Balkan music scene.

This Clash writer was pushed out of their comfort zone and urges everyone to do the same. For a true adventure in musical discovery and culture, book yourself some tickets and take a trip to the next MENT! Top festival tip: For cheap and easy cycling, download the free BicikeLJ app. It costs €1 per week (as long as you dock the bike within 60 minutes). The city is extremely bike friendly and there’s docs all round the city. When buses stop running, this is the best way to get home!