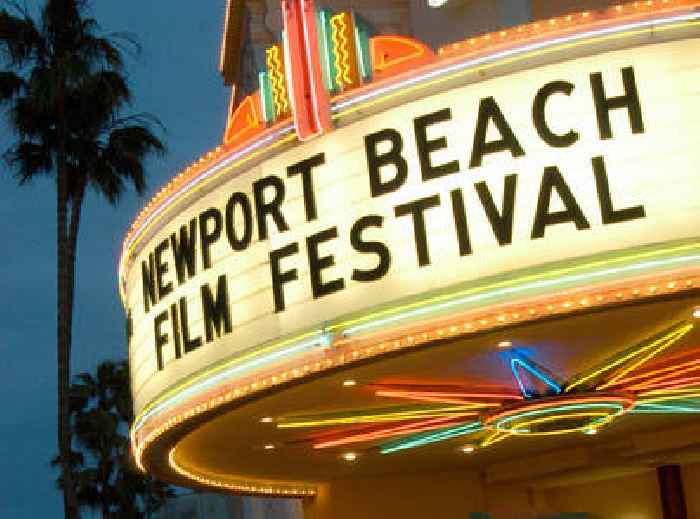 On Sunday, Oct. 16, 2022, the Festival will present its *Irish Spotlight**,* an evening celebration of Irish cinema and culture. The event will feature the premiere of three highly anticipated Irish films, *The Ghost of Richard Harris*, *The Quiet Girl** *and* **Joyride*,* *followed by a festive celebration of Irish culture and cuisine. The Irish Spotlight films will screen at *Edwards Big Newport* (300 Newport Center Drive, Newport Beach, CA). The post-screening celebration will take place at *Muldoon's Irish Pub* (202 Newport Center Drive, Newport Beach, CA) and will feature live music and hosted hors d'oeuvres.

The Festival will host the North American Premiere of *The Ghost of Richard Harris* directed by *Adrian Sibley* and starring *Jared Harris*,* Damien Harris*,* *and *Jamie Harris*. Perhaps the greatest actor Ireland has produced, the once famous Hollywood star and notorious hellraiser Richard Harris still lives in the hearts of his countrymen and his three sons who have thought about him every day, since his unexpected death 20 years ago. They are still in search of, and argue about, who he really was—a complex and flawed genius.

The Festival will present the U.S. Premiere of the award-winning film *The Quiet Girl** (An Cailín Ciúin)*, written and directed by *Colm Bairéad*. Selected as Ireland's Oscar submission for 2023 Best International Feature, *The Quiet Girl* stars *Catherine Clinch*, *Carrie Crowley* and *Andrew Bennett*. Set in rural Ireland in the early 1980s, this powerful film reflects the gentle strength of family in all its forms. A quiet, neglected girl is sent away from her dysfunctional family to live with foster parents for the summer. She blossoms in their care, but in this house where there are meant to be no secrets, she discovers one.

The Irish Showcase program will feature the U.S. Premiere of *Joyride*, directed by *Emer Reynolds* and starring *Olivia Colman*,* Charlie Reid, Lochlann O'Mearáin, Olwen Fouéré*, *David Pearse*, and *Aislín McGucklin*. The film* *follows Joy, a train wreck on an adventure who is ready to give away her newborn baby. Joined by a cheeky street urchin, they are two diamonds in the rough on the run.

In addition to the Irish Showcase selections, the Festival will screen a number of feature narrative, documentary and short films representing the strongest contemporary Irish cinema.

The Festival will present the Southern California premiere of *The Banshees of Inisherin*, directed by *Martin McDonagh* and starring *Colin Farrell*,* Brendan Gleeson*, *Kerry Condon*, *Barry Keoghan*, *David Pearse *and* Pat Shortt*. On a remote island off the coast of Ireland, two lifelong friends find themselves at an impasse when one abruptly ends their relationship, delivering an ultimatum that leads to alarming consequences for both of them.

Directed by *Frank Berry*, the Irish immigration drama *Aisha* stars *Letitia Wright *and *Josh O'Connor. *While caught for years in Ireland's immigration system, Aisha Osagie develops a close friendship with former prisoner Conor Healy. This friendship soon looks to be short-lived as Aisha's future in Ireland comes under threat. Aisha will be making its west coast premiere at the Festival.

The psychological thriller from Ireland *Nocebo**,* directed by *Lorcan Finnegan*, delves into topics about consumerism, human exploitation, the fast-paced fashion industry, and the power of the brain and the decision of whether to hurt or heal the physical body. *Nocebo* stars *Eva Green*, *Mark Strong* and *Chai Fonacier*.

In the Irish drama* Róise and Frank*,* (**Mo Ghrá Buan**)*,* *directed by *Rachel Moriarty* and *Peter Murphy, *Irish actress* Bríd Ní Neachtain* plays* *a widow who has given up on life and becomes convinced that a stray dog is the reincarnation of her Hurling-loving husband.

The Irish surf documentary *Keep it A Secret*, directed by *Sean Duggan* and featuring *Willie Britton* and *Kevin Cavey*,* *will play* *in the Festival's Action Sports Film Series. In 1972, every international sporting event in Ireland was canceled, except for one. *Keep It A Secret* recounts the inspiring true story of the dawn of Irish surfing and how the sport's brave pioneers found peace in the surf during the most violent years of The Troubles*.*

Writer and director *Lila Schmitz* brings her award-winning documentary, *The Job of Songs*, to the Newport Beach Film Festival. This highly acclaimed film focuses on Doolin, an isolated village teetering on the western edge of Ireland, where a community of musicians seeks joy and connection through music as it faces a modernizing world.

Films screening in the 2022 Festival Irish Short Programs include *An Irish Goodbye*, *Bad Boy Buck*, *Bestial Ones*, *Burn it All,* *Faces, First Date*, *Imbas Forosnai, Mildly Different, Not My Sister, Regular Rabbit, The Oubliette, Throw Your Heart Over First *and *Warts & All.*

"The strength of Irish cinema is reflected in the diverse and broad range of features and shorts included as part of this year's spotlight. From the U.S. premiere of An Cailín Ciúin  (The Quiet Girl), Ireland's entry for Best International Feature at Oscars 2023, to the heart-warming and moving story of grief and loss in Rosie and Frank, these are stories that will leave no one untouched nor in any doubt as to the talent, originality and imaginativeness within Irish film. Newport Beach Film Festival continues to be a true celebration of film and the showcase of exceptional stories," stated Marcella Smyth, Consul General of Ireland - South Western United States.

"We are proud to support the Newport Beach Film Festival as an international sponsor and to see this 23rd edition reinforce its strong ties with Irish cinema. We are absolutely delighted that Festival attendees will be able to see some of the best films that Irish film, documentary and shorts have to offer this year, which are a strong representative of the creativity of Irish cinema in 2022," stated Louise Ryan, Head of Marketing & Communications, Screen Ireland.

"Newport Beach Film Festival is well-known for platforming highly-anticipated, critically acclaimed cinema, from both at home and abroad, as well as having a reputation for unearthing some real hidden gems. But it is also a unique forum for enriching cross-cultural understanding and sharing experiences through the power of cinema. Its annual Irish Spotlight is a perfect example of this—showcasing the best in New Irish cinema to its discerning audiences, as well as bringing Irish film creatives together with industry peers at the festival, and of course, reflecting the culture of the strong Irish community in Southern California," stated Gar O'Brien, Head of Film & Television, Irish Film & Television Academy.

"The Festival is extremely proud to showcase outstanding Irish Cinema.* *We are honored to host the most comprehensive collection of Irish films in North America. This year's program reflects the exceptionally strong creative talent in Ireland," stated Gregg Schwenk, CEO of the Newport Beach Film Festival.

*About the Newport Beach Film Festival*

The 23rd Annual Newport Beach Film Festival will take place Oct. 13-20, 2022. Recognized as one of the largest luxury lifestyle film festivals in the United States, the Festival brings an international curated collection of films and vibrant cultural gatherings to the beautiful Southern California coast. Committed to championing the work of original storytellers from around the globe, the Festival celebrates contemporary screen culture, cinematic excellence and engages the community in compelling conversations with filmmakers and artists. Spotlighting over 300 films, the Festival will host nightly parties and the NBFF Honors event featuring Variety's "10 Actors to Watch" program. The Newport Beach Film Festival is sponsored in part by UCI Health, Morgan Stanley, Tito's Handmade Vodka, Visit Newport Beach, Fashion Island, Aston Martin and the City of Newport Beach.