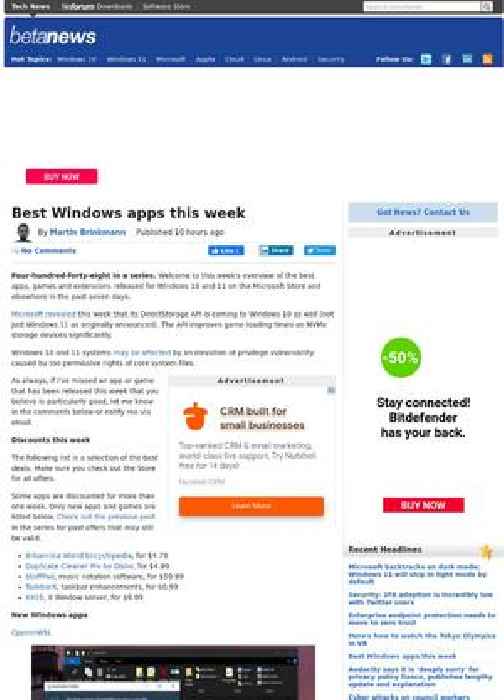 Four-hundred-forty-eight in a series. Welcome to this week's overview of the best apps, games and extensions released for Windows 10 and 11 on the Microsoft Store and elsewhere in the past seven days. Microsoft revealed this week that its DirectStorage API is coming to Windows 10 as well (not just Windows 11 as originally announced). The API improves game loading times on NVMe storage devices significantly. Windows 10 and 11 systems may be affected by an elevation of privilege vulnerability caused by too permissive rights of core system files. As always, if I've missed an app or game that has been… [Continue Reading]

Our favorite Chromebooks on the market right now

As the laptop market has grown over the last few years, Chromebooks have too often been shoved into a niche as a cheaper device..

The prospect of private parties using national security-style surveillance technology to track the movements and activities of..