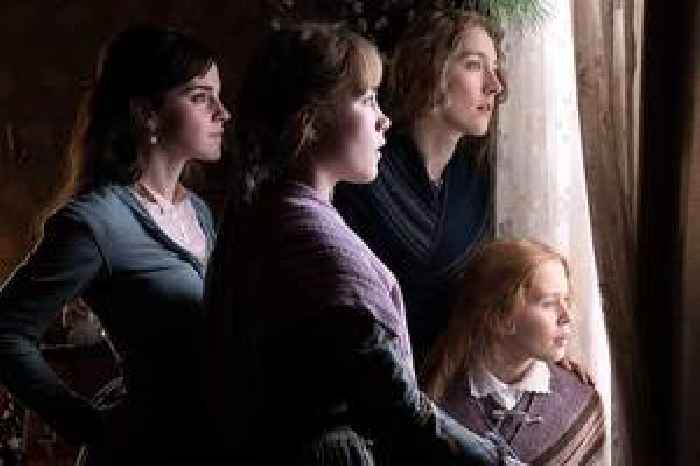 A version of this story about Greta Gerwig, Amy Pascal and “Little Women” first appeared in the Down to the Wire issue of TheWrap’s Oscar magazine.

In the 92-year history of the Academy Awards, 559 films have been nominated for Best Picture — and .5% of those, a grand total of three films, have been written, directed and produced solely by women. They are “The Piano” in 1994, “Winter’s Bone” in 2010 and this year’s “Little Women,” written and directed by Greta Gerwig and produced by Amy Pascal.

“We didn’t know about that statistic before it happened — but when someone told us, it meant a lot to both of us,” Pascal said a few days after the nominations, in which “Little Women” received a total of six. “It’s a big deal,” Gerwig added. “Very exciting and very meaningful to me.”

Leading up to the nominations, some fans of Gerwig’s adventurous take on the Louisa May Alcott novel had worried that male voters were reluctant to see the film. “Let’s be honest: That was true until they did,” Pascal said. “But once they did and once people knew that it was a story about everything that matters to everybody, that went away.”

“It is called ‘Little Women,’ and both of those aren’t words that might make men think it’s for them,” Gerwig said. “I know I have a skewed data set, but from my perspective, men love it.

“This is a strange counterexample, but for me, I would tend not to be interested in the ‘Mad Max’ movies. But they did a revival of George Miller’s stuff in New York, and I loved them. That’s what movies can do: They can make you care about something you didn’t know you cared about.”

As a Sony executive, Pascal had shepherded the 1994 version of “Little Women” starring Winona Ryder, and as an independent producer with a deal at Sony she was interested in a new version. “It seemed to me that it was the right time to think about getting back into that excavation,” she said. “But it wasn’t anything until Greta came in with her fully worked-out, complete take on the screenplay and movie.”

“This sounds like a stretch, but it’s sort of like how when you talk about your childhood in therapy, suddenly you see things differently and you think, ‘Oh, I missed that part of the story the first time around.’ And ‘Little Women’ is such a big piece of who I am that maybe that’s not such a terrible comparison.”

She focused on “the themes of authorship and ownership and money and women and power and art” and wrote a screenplay that jumped around in time and shifted between the events of the novel and those from the real life of Alcott. “I’d never seen a force of nature like that,” Pascal said of her first meeting with Gerwig. “She had such a profound and unique understanding of the book that she made us look at it in a completely new way. It was very easy for us to say yes to everything she wanted to do.”

“And then later,” Gerwig added, “Amy had to fight every battle for me to get what I wanted.”

“It was an audacious version,” Pascal said. “Forgetting that ‘Little Women’ had been done before, this was an adaptation that was very different than anything I’d ever seen before. She made it about Louisa May Alcott’s own story and the process of publishing the book — and Greta’s own experience of making the movie is also in the film. It’s about the obstacles that one has to deal with, and getting people on board with how secretly subversive it all was. And nobody knew that until they saw it.”

One part of the subversive nature of it comes near the end, when Gerwig treats the marriage of Jo (Saoirse Ronan) to Professor Bhaer (Louis Garrel) not as something that happens, but as a moment added just to make a male publisher happy. (And she also takes her rejection of childhood sweetheart Laurie, played by Timothée Chalamet, in stride.)

There’s a big romantic moment between Jo and Bhaer on screen, but the way it’s handled makes the audience complicit and forces them to face “why they wanted it and what they should want,” Pascal said. “It was really funny, because in most conversations that people have about filming ‘Little Women,’ the big question is, ‘How are we going to make it not disappointing that Jo doesn’t marry Laurie. And Greta said, ‘Forget that — she’s not going to marry Professor Bhaer, either.’

“‘No, she’s not, but we’re going to give you that romantic moment of running in the rain that’s been done in every love story ever made.'”

“It’s funny,” added Gerwig. “This is not a reference that anyone would see, and not one that I’ve talked about before, but the idea of using something that is a movie trope or cliché and then subverting it — my first real encounter with that was David Cronenberg’s ‘A History of Violence.’ He gives you all this violence, and as a viewer you have bloodlust that you don’t fully understand. And then he makes you pay for it and look at it, so you’re thinking. ‘I wanted that but now I have it, and why did I want it?’

“I think that if you’re involved in movies, you have a couple of formative viewing experiences where something clicks in your head. And that was one of mine.”

*Also Read:* Every Female Director Nominated for an Oscar, From Lina Wertmuller to Greta Gerwig (Photos)

Pascal said that selling Gerwig’s vision of the film to Sony was in some ways difficult: “It’s always hard to sell something that isn’t a superhero movie, because you have to convince everybody that what they think might be an artistic endeavor is actually an accessible movie.” But Sony chief Tom Rothman read the script and told her, “I cried six times — I guess we have to make it.”

And the timing was fortuitous, because after writing the “Little Women” script, Gerwig proved her worth as a director by making the Oscar-nominated “Lady Bird.” “That made my job quite easy,” Pascal said. “People saw ‘Lady Bird’ and it was an undeniable voice in cinema that everybody wanted to be a part of.”

For Gerwig, though, following that success was also scary. “After ‘Lady Bird,’ it was an exciting moment and a terrifying moment for me,” she said. “After you’ve had something that’s been seen and celebrated, you put all your chips down on the next thing. It’s scary, and you will always doubt yourself.”

When she did doubt herself, she added, she turned to a piece of advice that playwright and actor Tracy Letts once gave her. “I was in a panic on ‘Lady Bird,’ and I was going to rewrite it, because in the heat of battle you can doubt yourself,” she said. “And he said, ‘You have to trust the person you were when you wrote it, because you’re not that person anymore. You knew what you were doing when you wrote it, so you have to direct the script that you wrote and stop trying to be the writer at the same time.

“I loved it before anyone knew that I was a good idea, so I trusted that.”

Read more of the Down to the Wire issue here.

The Oscars Homestretch: '1917' Is on Top as Voting Begins

Oscars to Include Kobe Bryant Tribute During Broadcast

Oscar-Nominated Director Feras Fayyad Arrives in US After Visa Problems

The Directors Guild of America’s feature-film nominations contain a lineup of acknowledged masters including Martin Scorsese for..