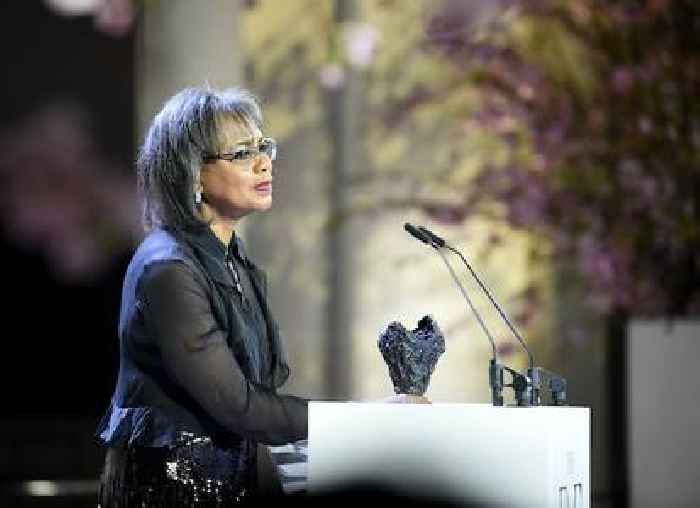 The Hollywood Commission chaired by Anita Hill, in an immediate response to the results of its survey on sexual harassment in the entertainment industry, will launch a reporting platform and a bystander intervention training pilot program designed to provide resources for victims and accountability for offenders.

The Hollywood Commission, which is chaired by Hill and founded by entertainment lawyer Nina Shaw and Lucasfilm’s Kathleen Kennedy, conducted a survey of 9,630 anonymous current and former workers in Hollywood and found that respondents overwhelmingly (93%) want a technology platform to create a time-stamped record to track harassment and abuse in the workplace and a training program (91%) to teach bystanders who witness misconduct on how to intervene and effectively report.

The commission on Tuesday released the first of five reports detailing the survey’s findings, and the first report on accountability found that nearly two-thirds of respondents fear powerful repeat offenders will not face consequences for their misconduct.

The respondents also said that resources such as a company or industry-wide helpline or hotline, resources to help workers understand reporting and consistent standards and definitions for prohibited behavior would be the most valuable tools in holding powerful offenders accountable.

As for its initial responses though, the Hollywood Commission hopes to launch its reporting platform as a beta in Q1 2021, and the commission has already had the participation and vetting of representatives from major studios and industry unions in making sure the platform is adopted and available widely (participating organizations will be announced at a later date).

The technology platform will be built on a matching option system, and it’s made to identify multiple complaints about the same person who show a pattern of abusive, aggressive behavior. And the hope is that with industry-wide adoption, individuals who move around Hollywood from multiple projects and studios can be identified more easily.

*Also Read:* 'Cuties' Director Says Film Is Critical of Hyper-Sexualization of Children: 'We Have the Same Fight'

If a worker feels they have experienced sexual misconduct, discrimination, harassment, bullying or microaggressions in the workplace, the platform allows them to share those details anonymously. Workers can report immediately or can also file a conditional report. In that case, they will only be notified if other people in the organization have also filed complaints about the same aggressor, and the organization can then decide whether to release the individual’s identity and participate in an investigation.

Other components of the platform include two-way anonymous messaging, which workers can use to raise any concern and ask questions about process and instructions on how to create a time-stamped record.

Finally, the bystander intervention training initiative will be a pilot program in which the Hollywood Commission will train 450 entertainment workers who can train others on how to act and be an ally when they witness abuses.

Many respondents to the survey said that more than one person was present at the time of their incident, and bystander training is meant to combat the “culture of silence” that exists around reporting. The goal is to both prevent incidents from happening and training other workers on how to intervene when necessary.

Among the over 9,000 responses to the survey were an additional 3,300 narrative responses that described in detail their feelings about harassment and the severe lack of accountability they see in the industry, all of which the Hollywood Commission hopes these measures will address.

“A lot of higher ups push education/learning about diversity, inclusion, sexual harassment training, etc yet they are the biggest offenders,” one respondent wrote. “It’s disheartening to take the time to learn about prevention and becoming aware of unconscious bias, yet I see the high up executives at the company not practicing it. Especially when they are the ones encouraging these initiatives. There is no accountability for upper management, and the lower levels are held to the standard.”

“I’m not sure that there is a ‘safe’ way to report experiences. Circumstantial details and information that would be provided in the report would identify the individual who filed the complaint, exposing them to the accused,” another lamented. “Even though there are ‘no retaliation’ policies in place, it doesn’t stop it from happening and can even make it impossible to find work if the accused has enough power, influence, or connections.”

Anita Hill Says Harvey Weinstein Conviction Is 'Only the Beginning'

Three years after the #MeToo movement broke out, Hollywood is still searching for answers as to why issues of sexual harassment and..

Survey: In Hollywood, few believe harassers will be punished