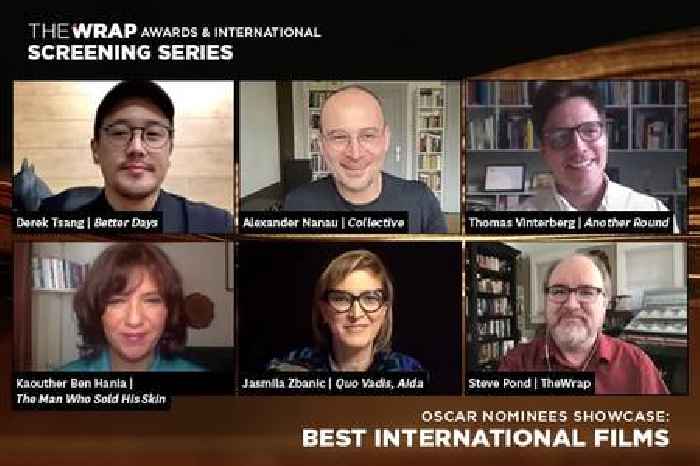 This week on “TheWrap-Up,” hosts Sharon Waxman and Daniel Goldblatt discussed the exit of four top female executives at ViacomCBS, the decision by Will Smith to pull production of his next movie from Georgia and “Bachelor” star Colton Underwood’s coming out.

Then, TheWrap’s Awards Editor Steve Pond sat down with the directors of the five films nominated for an Oscar in the Best International Feature category: Derek Tsang, the director of Hong Kong’s entry “Better Days,” Alexander Nanau on behalf of Romania’s “Collective,” Jasmila Zbanic for “Quo Vadis, Aida?” from Bosnia and Herzegovina, Kaouther Ben Hania for “The Man Who Sold His Skin” from Tunisia and Thomas Vinterberg from Denmark’s “Another Round.”

The group talked about how each of them came to direct their film and some of the challenges they had to overcome to make it to the big screen.

“TheWrap-Up” is hosted each week by founder and editor-in-chief Sharon Waxman and assistant managing editor Daniel Goldblatt. The pair dive into the biggest headlines of the week in the world of movies, television, streaming and tech. Each episode features two deeper dive segments featuring our knowledgable and talented team of Wrap Pro reporters, offering up their in-depth, expert analysis you won’t hear anywhere else.

12 Lessons From a Long and Broken Awards Season