3 Shot in NYC’s Times Square, Including a 4-Year-Old Girl 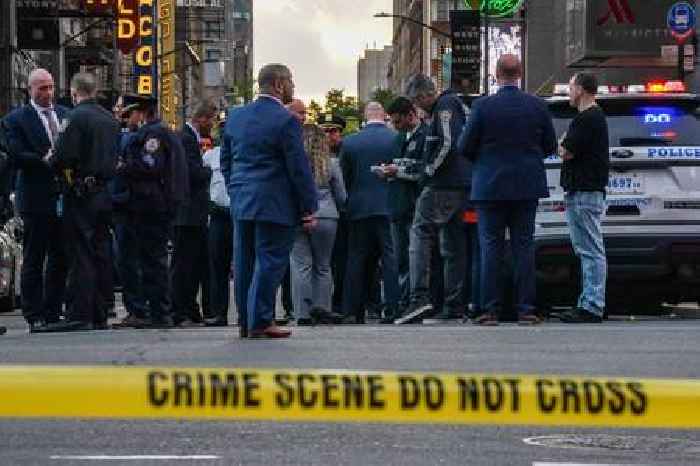 3 Shot in NYC’s Times Square, Including a 4-Year-Old Girl

NYPD is currently on a manhunt for the gunman

Three people, including a 4-year-old girl, were shot Saturday when a dispute erupted in New York City’s Times Square and a man began shooting and hit bystanders.

According to NYPD Police Commissioner Dermot Shea, two to four males were arguing in the world-famous intersection in midtown Manhattan when one pulled out a gun and fired several shots.

At press time on Saturday evening, a manhunt was underway for the gunman. Police released a photo of one person of interest.

WANTED in connection to shooting three people near West 44th Street and 7th Avenue in Manhattan on May 8, 2021. @NYPDDetectives need anyone with information about the identity or whereabouts of this individual to contact @NYPDTips at #800577TIPS. All calls are anonymous. pic.twitter.com/qciBGCR6AK