Megan Fox Says She Did Not Call Trump a ‘Legend’ 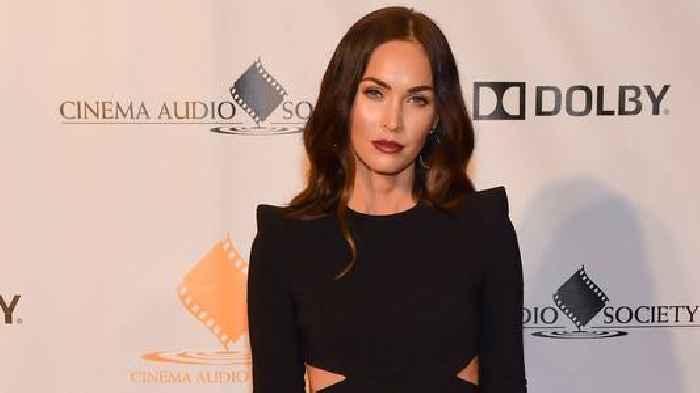 Megan Fox Says She Did Not Call Trump a ‘Legend’

Megan Fox expressed her discontent over what she felt was a mistranslation of her description of Donald Trump – and an attempt to align her values with a particular political ideology.

On “Jimmy Kimmel Live!” Fox spoke with guest host Arsenio Hall about arriving in Las Vegas for the UFC 264 fight on Saturday night. She happened to be seated near Trump and maintained that the audience in attendance appeared to react favorably to the former president’s appearance.

“He was a legend. That arena was very supportive of Trump when he came in,” she said. “I don’t know how I feel about it because if someone is a target, then I could be harmed because I’m adjacent to where he is, so I was worried about my own safety. That’s all I was caring about.”

Following the interview’s airing, Fox has accused people of twisting her words to make her appear to be a Trump supporter. She posted a lengthy Instagram Story in response.

“Uhmmm… I do not align myself with any political party or individual politicians,” Fox wrote. “I never said Donald Trump is a legend. I said he was a legend… in that arena (key part of the sentence).

“The arena was filled with UFC fight fans. Many of them clearly Republican based off the insane crowd reaction he received walking into the T-Mobile venue. That was an observable fact. Not my opinion.”

She added, “Really loving this uneducated, [medieval] pitchfork-carrying, burn-a-witch-at-the-stake mentality though. The world needs more of that.”

Fox has recently embarked on a promotional run for her new horror-thriller movie “Till Death.” She told Fox News that she was “exhausted” after filming scenes in which she plays a woman who must fight off assassins while handcuffed to her dead husband in an isolated lake house.

“I was in every scene. I wasn’t sleeping. A lot of stuff was going on here in the States, which is an opposite time zone. So I would be working all day in a really physical role and then getting very little sleep at night, maybe two or three hours. I did that for however many weeks, maybe five weeks”

“When I got home, I was really exhausted and it did take me a minute to recover. Your body goes into this [mode] where your adrenals become completely drained because your adrenaline is constantly going [while filming]. I was exhausted. My adrenals were shot,” she said.

She also said that she relished “the challenge” of acting opposite a “dead person,” and felt comfortable enough in the tense movie to even inject a little bit of humor throughout.
“I’ve obviously never done anything where the actor opposite me was a dead person. So I thought that was going to be an interesting challenge,” Fox explained. “I liked the elements of having this interesting relationship with the corpse of the husband as the movie progressed. She’s furious but then he also becomes her constant companion. So she’s [angry] but there are funny moments between the two of them … or I thought they were funny.”

“Till Death” being screened in select theaters and is currently available on-demand.

Megan Fox Hits Back at Heat She Received for Calling Trump a ‘Legend’: ‘Burn a Witch at the Stake Mentality’

Megan Fox responded to the backlash she received for calling Donald Trump a "legend" -- faulting her critics for having a "burn a..

‘He Was A Legend’: Megan Fox Talks About Sitting Near Trump At UFC Fight