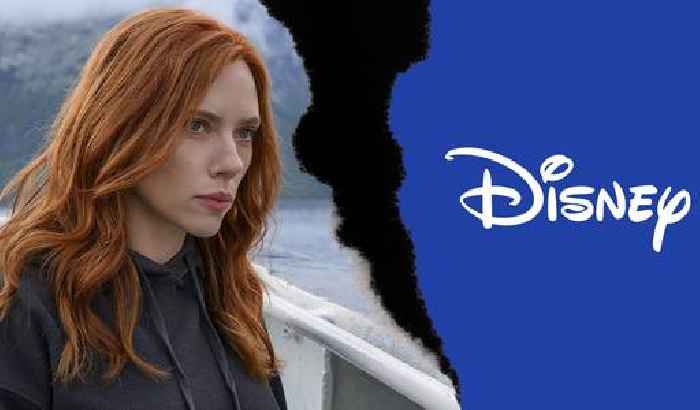 Scarlett Johansson rocked Hollywood on Thursday by suing Disney for lost income from its decision to release “Black Widow” on both Disney+ and in theaters — and multiple insiders say the actress appears to have a case against the megastudio she’s called home for 11 years.

What’s more, if she can prove damages, Disney may have to pay Johansson even more than the $50 million windfall that insiders told the Wall Street Journal she stood to gain from the Marvel film hitting box office-based targets. And Johansson may not be the only Disney star who stands to gain.

“They’re going to have to cut a check for at least $50 million to ScarJo (and likely more) and also for other similarly situated talent on their films that are doing simultaneous theatrical/streaming releases,” one top agent told TheWrap.

Devin McRae, Partner at Early Sullivan Wright Gizer & McRae LLP, told TheWrap that Johansson could win in court. “It looks she has a strong case on liability, and her claim on breach of contract and interference by Disney seems pretty strong,” McRae said. “I suppose the larger burden would be proving damages. Essentially, she will have to prove what she would’ve earned if they hadn’t gone with both release strategies and just done a theatrical release like was in her contract.”

“Black Widow” opened to $80.4 million domestically in its first weekend this month — but had a steep 68% drop in its second weekend, which many analysts blamed on the film’s availability as a premium offering on the Disney+ streaming service. In fact, the studio said it earned $60 million just from streaming in its first weekend. “To no one’s surprise, Disney’s breach of the Agreement successfully pulled millions of fans away from the theaters and towards its Disney+ streaming service,” Johansson’s lawyers argued in her suit, which was filed in the Los Angeles Superior Court.

For the studio, the earnings from ticket sales and streaming were almost the same: While Disney has been able to use its domination of the box office to negotiate a 60-65% share of box office revenue on Marvel films and other tentpoles, the studio keeps 80% of revenue from paid streaming, sending 20% to Roku and other digital platforms that host Disney+ on their services.

Although it makes business sense for Disney to boost its streaming services with premium content like a new Marvel movie, stars like Johansson bank on an exclusive theatrical run and don’t benefit from that streaming revenue. “Black Widow” was also the first Marvel film in two years, part of a franchise that boasts worldwide box office revenues of $22.6 billion.

“The ‘big picture’ issue is that Disney has evinced a clear desire to juice its subscription numbers at the expense of box office numbers. This strategy made abundant sense in the time of COVID when theaters were all but shuttered,” James Sammataro, a partner at Pryor Cashman LLP, told TheWrap. “However, there is a growing sense that Disney (and similarly situated studios that also own streaming services) do not want actually you to go to a theater if the alternative is that you will sign up for their streaming services… Critically, and perhaps more importantly, the markets are valuing the subscription numbers over the box office numbers.”

A studio spokesperson dismissed Johansson’s suit as “without merit” and insisted it “has fully complied with Ms. Johansson’s contract and furthermore, the release of ‘Black Widow’ on Disney+ with Premier Access has significantly enhanced her ability to earn additional compensation on top of the $20 million she has received to date.” The studio did not respond to further requests for comment for this story.

Several Hollywood insiders and attorneys expressed surprise that Disney didn’t follow the approach of Warner Bros., which renegotiated deals with the stars and producers of its 2021 films after it decided to release its full slate simultaneously in theaters and on its own streaming service, HBO Max. According to the Wall Street Journal, WarnerMedia paid out $200 million in new deals — including $10 million each to “Wonder Woman: 1984” star Gal Gadot and director Patty Jenkins.

“In short, Disney did the exact opposite of what Warner Bros. did,” the top agent said. “Warner Bros. obviously took care of the talent ahead of time, rather than this current Disney/Marvel mess.”

In her suit, Johansson alleged that she gave Marvel and Disney the opportunity to fix the situation for months leading up to the filing of the suit, but the studio “ignored” her. According to the suit, the studio not only promised an exclusive theatrical release but included a 2019 email from Marvel Chief Counsel Dave Galluzzi that noted: “We understand that should the plan change, we would need to discuss this with you and come to an understanding as the deal is based on a series of (very large) box office bonuses.”

Given the uncertain nature of the box office as it still grapples with the pandemic, COVID-19 has cost “Black Widow” hundreds of millions in theatrical revenue as it is now expected to finish its theatrical run with $400-425 million in worldwide ticket sales.

“The viability of the claim is dependent upon the specific contract,” Sammataro said. “Scarlett’s complaint alleges that Disney guaranteed an exclusive theatrical release which, if true, makes for a compelling claim… Nonetheless, there are arguably viable claims for implied duty of good faith and fair dealing, as well as ‘frustration of purpose’… While it is a boon to Disney’s stock, it is a bust to the actors who have healthy backend participations.”

For Boxoffice analyst Shawn Robbins, the case demonstrates how studios’ new focus on streaming has led to less clarity on both the viewership and revenue for that content. “Transparency has been the biggest issue of all of this — not just for reporting on the movies but also for talent on the film itself,” Robbins told TheWrap. “Even though all these big actors have these backend deals, there’s a lot of actors and other workers on these films that don’t have the sort of clout to challenge these kind of changes the way Johansson is.”

Johansson also has enough clout — and box office pull — to weather any fallout from taking Hollywood’s biggest studio to court.

“I don’t think that stars of ScarJo’s caliber will face repercussions,” Daniel Rozansky, Partner at Stubbs Alderton & Markiles LLP, said. “They’re signing her to huge movie deals because she’s a box office draw. Profit participation disputes have been going on forever. There are many stars, producers, etc. who have sued in profit participation cases and still have no problem finding work.”

A spokesperson for Johansson did not respond to TheWrap’s request for comment.

Brian Welk and Jeremy Fuster contributed to this report.

Dave Bautista is sharing his thoughts on Scarlett Johansson‘s current legal battle with Disney. In case you missed it, Scarlett..

Disney is blasting Scarlett Johansson’s lawsuit over the box office of “Black Widow,” saying that the lawsuit has “no merit..

Scarlett Johansson Sues Disney For Breach Of Contract, Claims They Stiffed Her Out Of Millions By Releasing 'Black Widow' On Disney+