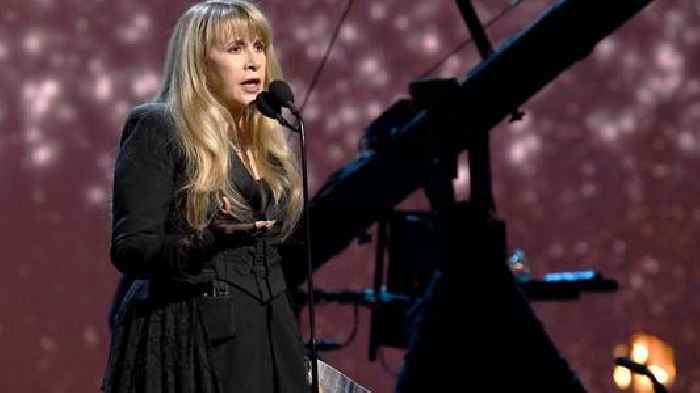 Stevie Nicks, citing concerns about the potential for COVID-19 to spread at her shows, announced on social media this week that she has canceled her remaining tour dates this year.

Nicks was slated to perform five dates throughout the rest of the year. A look at her website shows Nicks has already taken down all the appearances previously listed under the tour page — but she was originally going to appear at shows and festivals in California, Colorado, Georgia, Texas and Louisiana.

The Louisiana gig was part of the annual New Orleans Jazz and Heritage Festival, which is no longer taking place this October. Organizers canceled the event, which will now take place April 28-May 9, 2022, because of surging coronavirus cases in the state.

“These are challenging times with challenging decisions that have to be made. I want everyone to be safe and healthy and the rising Covid cases should be of concern to all of us,” the 73 year-old rock star said on Twitter Aug. 10. “While I’m vaccinated, at my age, I am still being extremely cautious and for that reason have decided to skip the 5 performances I had planned for 2021.”

Nicks hasn’t rescheduled her dates yet, but said she’d look to play more concerts next year. She also stated that she doesn’t plan to leave the music industry any time soon, even though her singing career spans more than 5 decades (it’s been 54 years since Nicks joined her first band, Fritz, alongside eventual Fleetwood Mac co-founder Lindsey Buckingham).

“Because singing and performing have been my whole life, my primary goal is to keep healthy so I can continue singing for the next decade or longer,” Nicks said. “I’m devastated and I know fans are disappointed, but we will look towards a brighter 2022.”

Nicks’ spot at the Shaky Knees festival in Atlanta, Ga. this October has already been filled by the Foo Fighters, who will now headline the event.

Nicks is far from the only rocker to decide to play it safe and cancel or postpone shows this year because of the coronavirus. Limp Bizkit founder Fred Durst announced the band would cancel its remaining August tour dates “out of an abundance of caution” earlier this week. Fall Out Boy also canceled a couple of shows earlier this month after a person on tour with them tested positive for COVID-19.

As Warner Bros Films Like 'The Suicide Squad' Hit Box Office Ceiling, Is COVID or HBO Max to Blame?

Just before the July 4th weekend, the traditional launch date of the summer concert season of live music, the music industry was..

Stevie Nicks cancels tour over Covid fears: ‘At my age, I am extremely cautious’

Jason Isbell, Limp Bizkit and Lynyrd Skynyrd also cancel concerts as Covid-19 cases continue to rise in the US