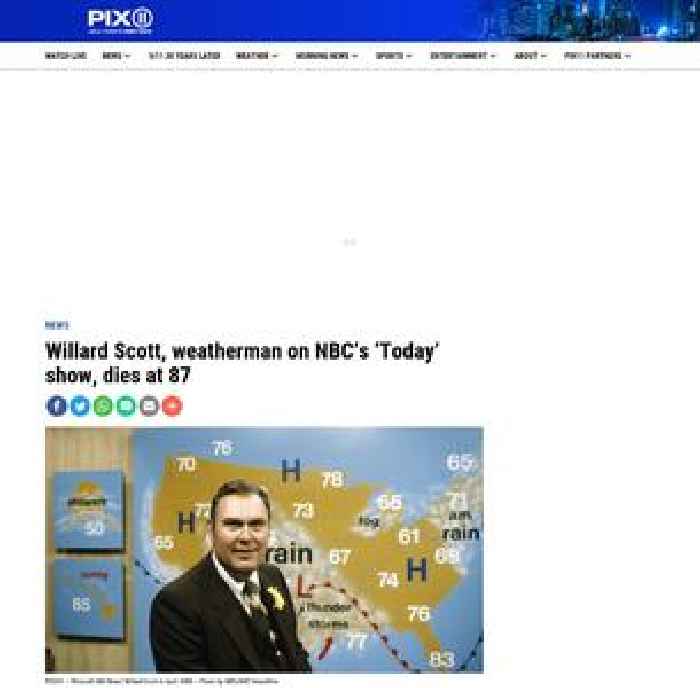 NEW YORK (AP) — Willard Scott, the beloved weatherman who charmed viewers of NBC's “Today” show with his self-deprecating humor and cheerful personality, has died. He was 87. His successor on the morning news show, Al Roker, announced that Scott died peacefully Saturday morning surrounded by family. No further details were released. “He was truly [...]

Willard Scott is remembered for his mentorship, kindness

'Today Show' Weatherman Willard Scott Dead At 87: 'There Will Never Be Anyone Quite Like Him'