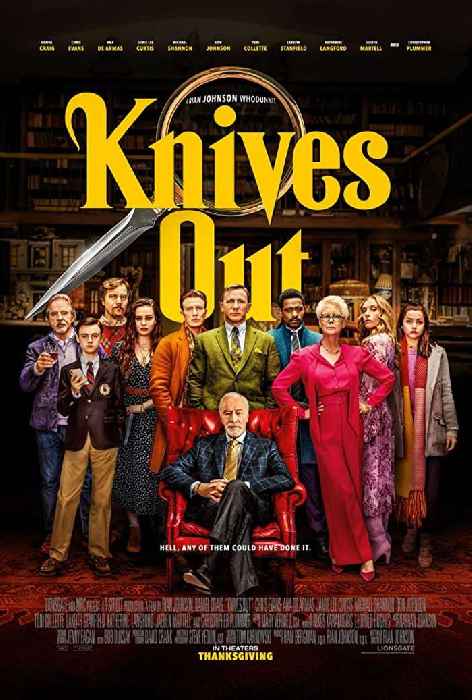 For this week’s movie review, I’d like to take a look at a movie that picked up a lot of praise last year, but which we were unable to review for One News Page at the time. With COVID-19 distancing continuing, the movie is picking up a lot of interest at home, and I’m therefore casting my eye over Knives Out – which many claim to have revitalised the murder mystery genre. But, are they correct?

Seemingly having killed himself after a birthday party, mystery author Harlan Thrombey (Plummer) leaves a large family behind, much of whom stand to benefit from his will. He also leaves behind Marta Cabrera (de Armas), his closest friend and nurse – who finds herself tangled up in what quickly appears to be fast becoming a murder investigation. That is, according to idiosyncratic private detective Benoit Blanc (Craig), who seems to have been hired to solve the case before it was even opened. Was Thrombey murdered? If so, by whom? 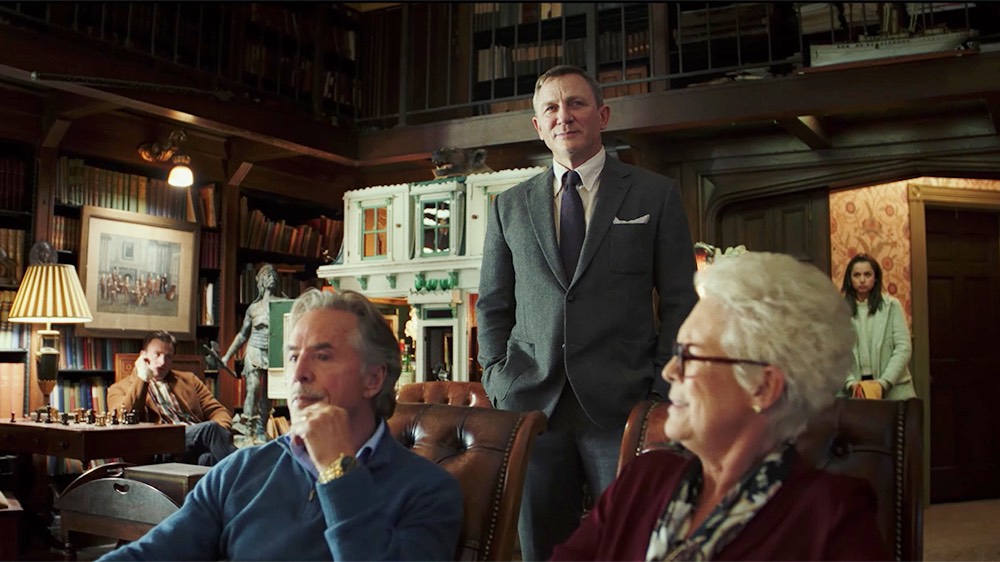 Knives Out received a huge array of plaudits upon its release in 2019, and many claimed it sorely missed out on several Oscar nods. Rian Johnson is a decorated director and writer, and while his take on Star Wars via The Last Jedi may have been met with mixed praise, it’s clear he loves his art. This movie, in particular, is brilliantly staged and shot, and benefits from a familiar, intriguing scene that evokes memories from old Agatha Christie specials.

That is, of course, what we are to assume Johnson is going for. The cast is wonderfully odd and made up of various household names, and they do drive the plot impeccably – Daniel Craig’s slightly odd Foghorn Leghorn impression even gets picked up on in the script at one point – and without them, we’d probably be looking at a much more inferior package. Plummer is, as always, a class act, and if anything, he feels woefully underused.

Knives Out is a great addition to the pantheon of murder mystery movies in the sense that – and I’m straying into slight spoiler territory here, but not too much – the case seems to be solved around 30 minutes in. The remaining movie is a journey through what happens after the event, and what happens to us as viewers of the story, knowing most of the facts. Of course, there are one or two twists in the tale coming, and for that reason, it’s worth holding on for.

However, as a fan of thrillers and whodunnits, I can’t help but admit I found the roundabout way of telling this story fell a little bit flat. I’m likely going to earn the ire of many for this – but I actually found the final twists to make a little too much sense – I felt they were maybe a little too obvious. Is this my simply being too demanding? Maybe – but I was less thrilled about the climax than I was satisfied, if that gives any kind of idea to my mindset.

Much of Knives Out works really, really well. The cast is superb, the setting and direction are brilliant, and the overall concept is fairly original, especially considering we have seen so many of these types of story before. Am I literally suggesting I would have preferred a more straightforward or cliched movie? Not necessarily. I think Knives Out is a brave and necessary experiment. However, I’m not so sure it works to the advantage I was expecting it to.

By subverting things, I felt a little more let down by the climax. Yes – there is plenty of tension, and a great set-up or two – but I had strong feelings of ‘there has to be more’ at the moments of big reveal. That, to me, is disappointing.

However, I can see why this movie received so much reverence. It breathes more than a little bit of life into a stale genre. It’s knowingly self-referential. Craig proves that he can do more than just wear nice suits and drive Aston Martins. The cast work well together with a script that’s adept and is worth following, for the most part. I just feel that – despite what many people will tell you – it is not the perfect genre-turning piece that it’s being held up to be.

With that in mind, Knives Out is certainly worth a rent if you like murder mysteries, but do keep an open mind. It will certainly appeal to fans of Johnson’s work, as well as anyone who’s desperate to see this calibre of cast work together. For that reason alone, it is certainly worth the price of admission.

Director Greg Barker doesn’t quite have the track record or the mystique of Werner Herzog, but he enters Herzogian territory with..