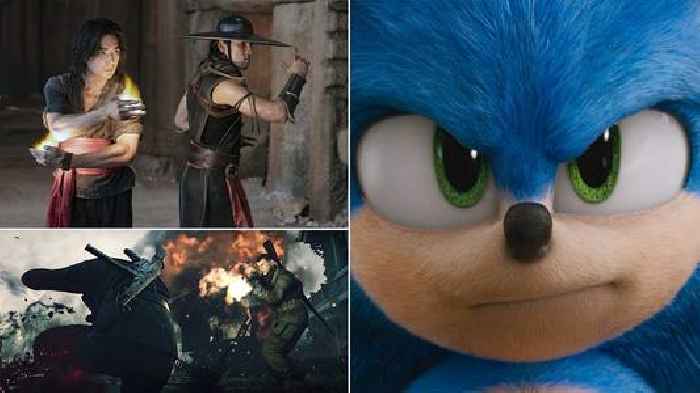 “The audience is real and the business scales to the quality of the entertainment,” “Borderlands” executive producer Randy Pitchford says

Video games have come a long way since “Super Mario Bros.” More than 30 years since its release, a game like “The Last of Us” doesn’t look or feel a thing like the 8-bit adventures of an Italian plumber in the Mushroom Kingdom. So how come the movies based off video games are still stuck in the 8-bit era?

Despite the genre’s rough reputation and mixed box office results, Hollywood is now looking to adapt the biggest gaming franchises as well as artful indie games and more serious, critical darlings. The hope is that the industry’s attitude toward video game movies and shows is changing, and that critics and audiences will be more receptive.

“Hollywood is definitely taking video games more seriously than they ever have before,” Randy Pitchford, executive producer of the “Borderlands” franchise at The Gearbox Entertainment Company and the executive producer of the “Borderlands” film, told TheWrap. “The audience is real and the business scales to the quality of the entertainment. The most successful people in the film and television business understand this and are taking video game adaptations very seriously, which is very nice because video game audiences have been taking our content seriously for many, many years.”

Major franchise games like “Borderlands,” “Halo” and this week’s “Mortal Kombat” are all coming to the screen with big names attached. Last year’s pre-pandemic “Sonic the Hedgehog” set a box office record for a video game release with a $58 million opening and $319 million worldwide, while “The Witcher” has drawn huge eyeballs on Netflix. Artful, cinematic games like PlayStation’s “The Last of Us” and “Ghost of Tsushima” are getting prestige adaptations. And producers are even looking to smaller indie and cult games like “Disco Elysium” and “Beyond Good and Evil” as source material.

The good news is that the people taking chances on video game adaptations are actually gamers, people who have played games and understand how they’ve evolved as an art form.

“For years video game movies were being made sporadically, and people who were making them were not necessarily fans. They were making an IP movie or a video game movie,” Adrian Askariah, the producer of the “Hitman” movies who is in development on a “Just Cause” adaptation, told TheWrap. “It’s not a cynical exercise. ‘Oh, God, I’m making a video game movie, but there are some fans out there, and it’s less risk.’ It’s no longer about that.”

It wasn’t long ago that comic book and superhero movies were something of a laughing matter until directors began taking the material seriously. And Askariah feels video game movies are about to have their own paradigm shift. In “Just Cause,” Askariah sees the franchise’s hero Rico Rodriguez as a super spy akin to a James Bond, “Mission: Impossible” or any caped crusader but this time for the rare Latin hero

“People in the business who are actually making movies and TV shows, they respect the medium; they have engaged with it; they have learned about it; they have played it. They understand the rich reservoir of stories that are available to them,” he said.

But the approach to finding games to adapt has shifted, as well. Jean-Julien Baronnet and his Marla Studios is less interested in how many units a game has sold and more in whether it will actually make a good movie.

Baronnet was previously with Ubisoft Studios and was the producer on the 2016 “Assassin’s Creed” film starring Michael Fassbender that grossed just $54.6 million domestically on a $125 million budget. His Marla Studios team is a hybrid of film buffs and veteran game designers who understand the mechanics of gameplay. And before they approach a game developer to come aboard as producers, their goal is to identify whether the property has a universe that can support a standalone film, and they never approach the adaptation with the idea of duplicating the story in the script.

Currently, Marla Studios holds the IP to 11 different game projects from developers such as Microsoft, Sony and Gearbox. They recently announced a film adaptation of the WWII shooter “Sniper Elite” with “Rampage” filmmaker Brad Peyton attached to direct. And they’re also in development on an updated take on the ’90s machismo of “Duke Nukem,” which Baronnet describes as “‘Deadpool’ on steroids,” sending the egotistical, misogynistic brute into an alternate universe to meet a more respectful, woke version of himself.

Many game developers want to take their IP to the next level, Baronnet said, but for years many have been hesitant because, well, most movies based on games are pretty bad.

“Of course you want to develop a 360 strategy, but if it hurts the core business, it’s very dangerous. We love our games, we spend hours in our games, and we want the DNA of our games to be respected. So if it’s not respected, we can be frustrated,” Baronnet said. “I realized there was a lot of video game companies that would like to adapt their IPs but were afraid to lose creative control of the IP. On the other side, there are studios looking for IP but don’t understand very well the video game world.”

Part of that challenge is that games and movies are two completely different storytelling mediums. Dmitri M. Johnson, the founder and CEO of dj2 Entertainment who is also the co-producer on Paramount’s “Sonic the Hedgehog,” said he spent years chasing after big titles, hoping to finally be the one to crack a “Bioshock” or “Gears of War” film, but they didn’t reflect the movies or shows he was actually watching.

“Once you get into adapting, you realize that they were designed for you to be the character,” Johnson said. And though they’re still working on the “Sonic” sequel and a “Tomb Raider” animated series, they’ve looked to smaller titles like a series based on the acclaimed “Disco Elysium” indie game or another on Bandai Namco’s “Little Nightmares. “Indie games have to hook you through the story, they don’t have that massive world to fall back on.”

Johnson is even aiming to adapt projects based on games that are still in development, and he’s positioned his company in a way that they can be the “stop gap” between the film studios and the developers.

“Don’t look at us as outside Hollywood guys,” Johnson said to partners. “We’ll fight for you to have a seat at the creative table.”

To that end, companies like Riot Games have even recently hired a global head of live action film as they seek to expand into Hollywood.

“Game developers would certainly like to stay involved in the process. Utilizing them as a resource to protect the integrity of character lore and story can only enhance the process of adapting a video game to film,” Richard “Shibby” Webb, a digital media agent at WME, said. “That’s telling and shows you how seriously they are taking the route of bringing their video games to the big screen.”

The “Borderlands” film at Lionsgate, in particular, has Gearbox Entertainment deeply involved in the process across years of development. Pitchford says he’s been “in lockstep” with producer Ari Arad from the very beginning and has been on the ground every day with the studio as production has begun.

Eli Roth is directing the “Borderlands” movie starring Cate Blanchett, Kevin Hart and Jamie Lee Curtis based on the three-game shooter franchise that has already sold 68 million units worldwide. And Pitchford is excited for fans and non-gamers alike to see what’s on the horizon.

“It is impossible to overstate our growing excitement for what is coming for audiences with this movie,” he said. “When you can see the data and understand that our dedicated fan base of millions upon millions of players is spending hundreds, sometimes thousands of hours of their personal time in the Borderlands, it is really easy to see how the best filmmakers, story tellers and performers in the world can come together to blow our minds on the big screen within this universe.”

*Also Read:*
‘Mortal Kombat’ Would Be Great if It Didn’t Look Like a Cheap TV Show

Non-Fungible Tokens (“NFTs”) are a relatively recent technology garnering significant attention as a way for copyright and..

Everything to know about the 'Mortal Kombat' movies