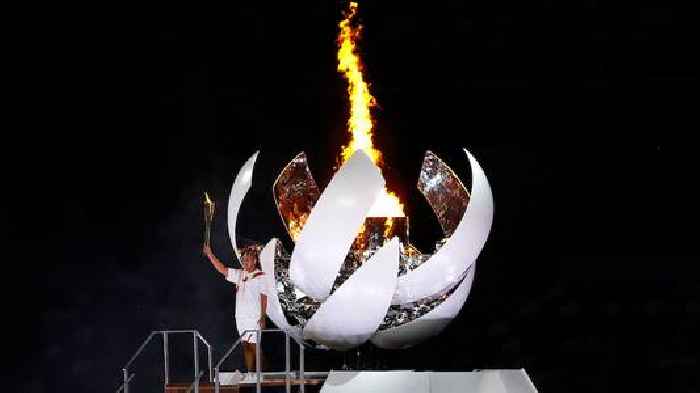 The Tokyo Olympics Opening Ceremony started before you woke up this morning, and it just wrapped up. Plenty happened over the course of the NBC telecast's four-hour, five-minute runtime -- and we've got five highlights here.

This is NBC's 17th Olympics. The first one for the (now) Comcast-owned broadcast network also took place in Tokyo. These games are the first for NBCUniversal streaming service Peacock.

Find our standout moments below.

This was super cool. This is 1,824 drones, which started as the symbol for the Tokyo Games and repositioned to become our planet, as you can see below.

"A sight never before seen, a feat of technology and beauty. A celestial body hovering over Tokyo. In a moment and a vision for the world," Savannah Guthrie narrated. Quite dramatic, but so was the accomplishment.

Drone light show in the sky.
Theme of #olympic opening ceremony is “United by emotion” pic.twitter.com/a9VXldQpyv

Every few years -- usually like clockwork if not for the pandemic delaying these Games -- Tongan Olympian Pita Taufatofua takes off his shirt, oils up and makes us all feel terrible about ourselves. Well, Tokyo was no exception.

If it ain’t broke, don’t fix it. #OpeningCeremony #Tokyo2020 pic.twitter.com/wEN8eg08YW

No fans, no problem for these guys. Portugal made its own fun during Friday's ceremony. It may not be traditional Olympics behavior, but it sure captures what should be the spirit of the Tokyo Games.

Leading the way for Team USA on Friday were basketball player Sue Bird and baseball player/speed skater Eddy Alvarez, who were named flagbearers for their home country this week. Together, they made history as the U.S.' first pair of flagbearers, which has previously been a solo job for athletes representing their nations. But last year, the International Olympic Committee changed its policy to allow each nation to have one male and one female flag bearer in a move to promote gender equality.

The picks of Bird and Alvarez are significant on individual levels as well: Bird, a prominent Black Lives Matter activist, is the first openly gay athlete to carry the flag for the U.S. And Alvarez, the son of Cuban immigrants, is America's first-ever baseball player to be named an Olympic flagbearer.

*Another Ace for Naomi*

Naomi Osaka was given the distinct honor of lighting the Olympic Cauldron, which will burn throughout the games.

Osaka, the world's best female tennis player, is from Japan. While she will be competing in these games on behalf of her home country, Osaka has mostly made headlines recently for speaking out about her mental health struggles and withdrawing from the French Open and Wimbledon after saying she did not want to speak to press because of her mental health.

The Tokyo 2020 Olympics kicked off on Friday with an unusual but highly anticipated opening ceremony that featured a familiar..