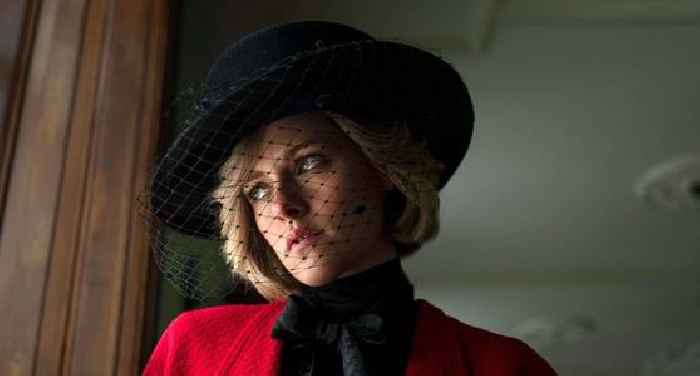 The colors are lavish and the gowns are magnificent, but there’s a sense of anguish and mystery in the first trailer for “Spencer,” the much-anticipated biopic about Princess Diana starring Kristen Stewart.

This first look shows Stewart struggling and drifting through these vast palace corridors, but there’s secrets she’s not showing, responding when one of her aides say, “They know everything” by calmly confiding, “They don’t.”

“Spencer” focuses on the one weekend when Princess Diana decided to leave her marriage to Prince Charles during Christmas 1991. Spencer was her maiden name before she wed the British royal. Here’s the full synopsis for the film:

December, 1991: The Prince and Princess of Wales’ marriage has long since grown cold. Though rumours of affairs and a divorce abound, peace is ordained for the Christmas festivities at Sandringham Estate. There’s eating and drinking, shooting and hunting. Diana knows the game. This year, things will be a whole lot different.

The film is directed by Pablo Larraín, who transformed Natalie Portman into Jackie Kennedy for the film “Jackie,” and is written by Steven Knight, known for “Peaky Blinders,” “Locke” and “Dirty Pretty Things.”

The film is making its world premiere at the Venice Film Festival but will also play Toronto, and Neon and Topic Studios are releasing it in theaters this awards season on November 5, and the film’s run will somewhat coincide with the 25th anniversary of Diana’s death in 2022.

The distributors also released a striking teaser poster for “Spencer,” which you can see in a tweet below. And check out the trailer both here and above.

Stewart is earning Oscar buzz for her star turn as Diana in what director Pablo Larraín calls ‘an upside-down fairy tale.’..

No Stranger To Plagues, Venice Opens Film Fest With Caution

Twilight star Kristen Stewart has been transformed in to Princess Diana in the trailer for the much-anticipated film Spencer.