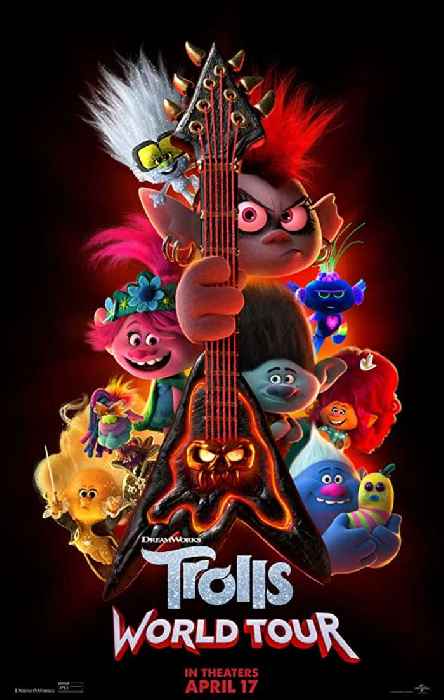 It’s a strange new world we live in – thanks to ongoing lockdowns all over the planet, big movie releases previously destined to hit the big screen are now making their way to video on demand. For the price of an average cinema ticket, families are able to watch new releases at home – could it be a business model that holds out for the months to come? Trolls World Tour is one such movie which appears to be testing the water – and it’s safe to say it’s going to appeal to a fair few families.

Following on from the utterly bonkers debut movie for DreamWorks’ take on the classic toys and characters, Trolls World Tour once again focuses on Queen Poppy (Kendrick) and her friend Branch (Timberlake), who find that the colourful, glittery wonderful world they live in is actually bigger than they thought. In fact, there are a few different troll worlds scattered around their weird and wonderful universe, each of them based around a specific type of music genre. Poppy and Branch find that they are in pop music world, and that those trolls from the rock music world are taking a stand – and want to convert all other trolls to their music and ways. 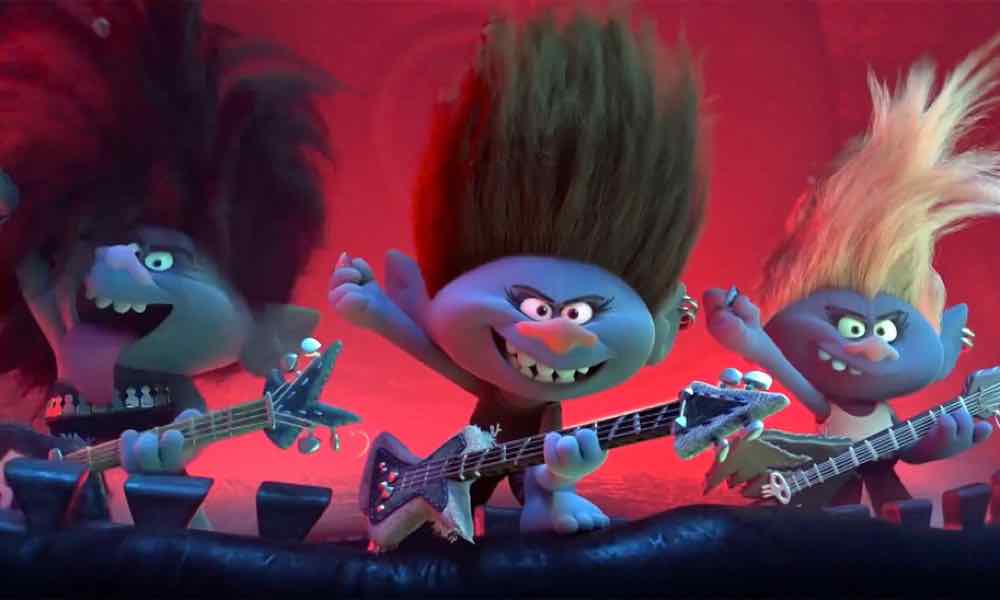 The first Trolls movie came as a bit of a surprise to me. It was colourful, it was fun – knowingly bonkers, and with a wry sense of humour. The vivid imagery, the characters and the songs likely appealed to plenty of younger viewers, while there were a few moments here and there which appealed to adult viewers. However, there’s no avoiding the fact that it is a relentlessly happy, sugar-fuelled franchise – which is perhaps going to seem a little too glittery to some people and may actually give parents a few headaches. That being said, it’s all done in good spirit, and there are actually a few good story beats here and there with some worthwhile lessons.

There have been criticisms flying at World Tour for its lack of originality compared to the first movie, however, I actually feel differently. Expanding the lore and the universe for these characters is a great touch, and what’s more, the creativity that’s gone into developing the separate worlds and trolls is nothing short of impressive. I think if I was seven or eight years old going into this, I would’ve absolutely lapped it up. Were I a parent of an eight year old, I don’t think I’d have much of an issue – yes, it’s loud, it’s proud, and in some cases it has those classic family movie tropes – but it’s memorable to a fault. With DreamWorks really having been hit and miss up to How To Train Your Dragon 3 recently, it’s another home run for the studio.

Where the movie does fall down a little is in the similarities to the first movie in terms of the ending – the tie-up is a little similar. Some of the messages are very familiar, too – but I genuinely feel that most kids will be having such a good time that they’re probably not going to care much. A few story beats here and there need tightening up – and yes, there are some truly odd moments which really don’t land. It’s by no means perfect, and it’s certainly not challenging Abominable any time soon in my opinion.

However, what it does offer is a fantastic, fun diversion during some very tense times. The world – young families especially – need something bright, breezy and entertaining to distract themselves from the harshness of the current climate. Trolls World Tour seems to fit that bill perfectly, if only to take our minds off things for 90 minutes.

The cast seem to have a genuinely great time – the songs, co-produced by Timberlake, all hit the mark too. There are a handful of classic songs that get thrown out, too, which might surprise you. If you ever wanted to hear James Corden’s take on ‘Gangnam Style’, have at it.

Overall, Trolls World Tour offers an abundance of colour, charm and family fun. Perhaps less annoying to watch at home than in cinemas, it’s a welcome sequel which actually puts DreamWorks further into an impressive critical stride. Everything from Captain Underpants onwards has been a sure-fire critical hit – and I look forward to seeing what comes next.

In the meantime, if you really want something creative and bizarre to take your mind off the world’s pressures right now, this movie leads the way. I’m hoping it’s the first of many movies premiering at home for the months to come. Come on, Marvel – bring Black Widow home!

NBCUniversal CEO: VOD Will Be ‘Complementary’ Not ‘Replacement’ for Theatrical Releases Post-Pandemic

Following backlash from theater owners after Universal said it would continue to release movies to on-demand streaming platforms,..

High-priced digital movie rentals are having a moment, but theaters are essential to Hollywood's money machine

· The Wall Street Journal reported Tuesday that "Trolls Word Tour" had made $95 million in rental fees since Universal released it..