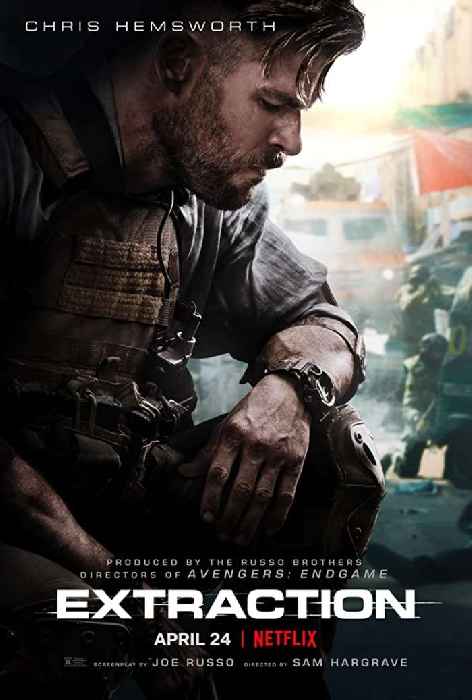 It feels like it’s been a while since we’ve seen Chris Hemsworth on the big screen – or anyone on the big screen for that matter – and as such, British viewers this week have been treated to the (supposed)ex-God of Thunder take on a different kind of role. As you’ll know from my previous reviews at One News Page, you’ll know that I do have the occasional penchant for a good action movie – and Extraction promises to make the most of Hemsworth’s charm in a way that’s equal parts electric and mind-boggling at the same time.

Extraction is a movie that focus around Tyler Rake (Hemsworth), an Australian merc who is tasked with entering the city of Dhaka to bring back the kidnapped son of a drug baron – and as you can imagine, that’s unlikely to be a task with too many thank yous. Along the way, of course, Rake runs into a variety of scummy drug-peddlers and villains armed to the teeth – all the while the teenage hostage’s father is trying to secure passage for his son himself. 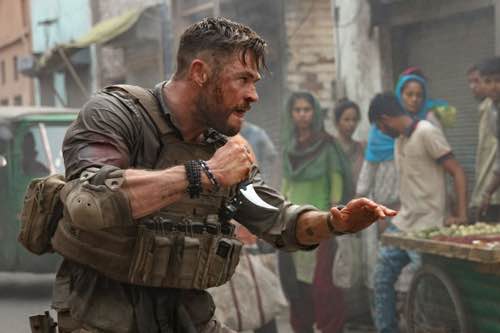 So – yes – the plot is fairly simple. On paper, it’s likely to be something you’ve seen or at least read the Cliff Notes for several times over. I’m pretty sure I’ve seen at least four movies with this plot in the same number of years. What I haven’t seen, genuinely, however, is Chris Hemsworth offing several baddies with a garden rake – living up to his namesake.

Extraction benefits from bringing Hemsworth and the Russo Brothers (Avengers) back together, and it’s a bit of treat. While the screenplay is never really anything more than cliched – yes, you’ll spot the biggest twists a mile away, as always – but it’s what happens along the way that’s really worth digging into. This is a movie which is relentlessly violent – in all honesty, it’s the sort of movie which is likely to go places you seriously wouldn’t imagine it to. It’s rare you get something quite as creative and as envelope-pushing as this debuting on UK Netflix, meaning do be prepared to grab a bucket if you’re pretty sensitive in this regard.

Of course, Tyler Rake is a hell-for-leather merc with – you’ve guessed it – a tortured past. At this point, the movie’s going to struggle to find anyone who cares. How often has an action movie chosen to do this with its main characters? Can’t they simply offer badassery and bad attitudes without them carrying around psychological torture? Maybe not. After all, I guess you need to justify why Chris Hemsworth is literally smashing into people with garden implements. There are scenes in this movie which you’ll be infinitely glad you saw, but which you’ll wonder if you’ll ever get the time back from again.

The movie trades a lot on Hemsworth’s ability to lead a film. We already know that, generally, he is the go-to guy if you’re looking for a hero with more than a few rough sides. Thor is a character who the actor transformed from a stoic hammer-wielding god into a haphazard, slightly dopey madman. Here, he takes the action hero staple and turns it up to ten, borrowing a little of the glorious madcap action we’ve seen Keanu Reeves smash around with in the John Wick series. We don’t really get to know much about the driving motivations of the characters involved here, but we do get to see enough to really drive the plot home. That being said, as mentioned, the plot isn’t fantastic – but it’s just enough of a template for the ultraviolence to settle into.

The film is shot on location in Bangladesh, which does give it a fairly unique flavour and feel, and there’s been a clear decision to cast stars who you won’t necessarily find in Western blockbusters elsewhere. Therefore, there are a few twists to the production which are likely to set it apart from the pack. That being said, some more seasoned action movie fans will likely find a lot of the twists and turns a little rote, with the saving graces being Hemsworth and the fact that it’s so blisteringly violent.

But when does unending movie violence become a positive trait? I guess in this case, it’s sheer audacity. This is a film which would otherwise be plodding along at its own pace, only offering up a few staple moments here and there which are likely to be memorable. The fact that the film is so off-the-wall bizarre in places will likely help to keep its place in the pantheon of Netflix’s best. Then again, is it original enough to be a staple of the genre? Maybe not, but you can at least have a damn good time and switch your brain off in equal measure.

Some films can survive the coronavirus better than others. Some — the quieter ones, the documentaries, the character studies —..

How ‘Extraction’ Filmmakers Pulled Off That Sick 11-Minute Shot

Too many flashbacks, extended conversations and a confusing gamut of characters spoil the broth in Sam Hargrave’s directorial..