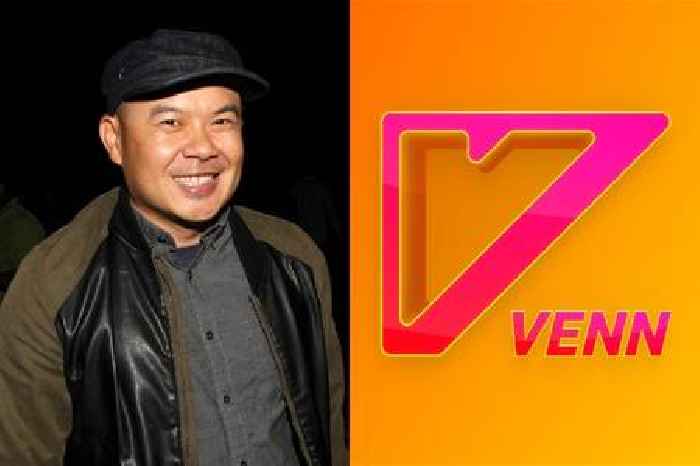 Su gained notoriety in 2012 for his video adaptation of “Pride and Prejudice,” called “The Lizzie Bennett Diaries,” which reimagined Jane Austen’s classic love story in the 21st century in the form of fictional social media posts and vlogs, usually filmed from Lizzie’s bedroom. Every ten episodes or so, Su would open the video up to the viewers, with Lizzie (played by Ashley Clements) answering live questions from the audience. The effort won Su the Emmy Award for Outstanding Creative Achievement in Interactive Media, and two Streamy Awards.

“If anything, I’ve found that my career has generally been more interesting in the interactive spaces,” Su told TheWrap. “I’ve done TV development, which is great, but I think the intrigue comes more when I get the chance to really sink my teeth into inventing a format or playing with new technology.”

Su has three Primetime Emmy Awards under his belt, most recently a 2019 Emmy for Outstanding Innovation in Interactive Media for his work on the live Twitch science fiction series “Artificial,” which stars Dante Basco and Tiffany Chu.

“Right now, the current incarnation of ‘Artificial’ is really difficult, and it’s so complicated to do this two-hour live remotely-produced scripted series,” Su said. “If anything it’s going to be really fun to progress from that as we go forward doing shows with VENN.”

*Also Read:* How ViacomCBS Plans to Reinvent CBS All Access for the Streaming Era

VENN wouldn’t disclose the terms of Su’s production deal, but Su said it entails creating a “pipeline of content” at a steady pace that will “push the boundaries of what is possible in the format” of 24/7 programming. While VENN is focused on the intersection of gaming and culture, Su said he won’t be producing shows that are exclusively about games. Instead, he said he will create “semi-scripted community experiences” that have an adventure element and force the viewers to interact with one another.

While Su won’t exclusively create content for VENN — he is free to continue work on “Artificial” and other projects — signing a deal with the Emmy-winning producer lends legitimacy to the upstart network.

VENN channels will go live Aug. 5 and broadcast on its website, as well Amazon’s game streaming service Twitch, YouTube, Facebook Gaming and on Twitter. A handful of linear channel partners agreed to pick up the channel on television platforms, including the VIZIO Watch Free channel, Xumo and STIRR.

Su said he wants to further gamify television viewing by creating content that requires the user to be an active participant rather than a passive viewer and is easy to enjoy socially.

“The branching narrative adventure story is inherently a single-user experience. It’s like a video game that you’re playing by yourself in your own house, alone,” Su said. “My ethos is in my communal experience. It’s the collective audience working together or against each other to interact with the content. What I am very confident to say about VENN is that our work will make the audience consequential to the content, which you can’t really say that about a chose-your-own adventure story.”

Su noted that even in acclaimed interactive storytelling like Netflix’s “Black Mirror: Bandersnatch,” which premiered last year, the choose-your-own-adventure storyline always provides a back door escape, which lessens the impact of the viewer’s choices.

“Even though you can say, ‘I made a choice and killed the character,’ you also know you can always turn the pages back and go again,” Su said.

With “Artificial,” the audiences vote via a poll in real-time to determine the choices the actors make, and once the choice is made there’s no going back, which heightens the immersion in the story. Su said he’ll likely employ similar mechanics in his forthcoming shows for VENN.

“Now the live viewer experience is you have to be there, or you’re not going to matter, which is why it’s fun,” Su said. “You have to have that urgency that you need to see this and make these choices.”

VENN’s mid-pandemic launch is an ambitious gamble, but it’s betting that its suite of heavy-hitting investors and $17 million raised to date will provide much-needed insulation.

During his six years at Riot, Tantula helped produce several events, including the Emmy Award-winning 2017 “League of Legends” Worlds Opening Ceremony at the Beijing Olympics “Bird’s Nest” stadium in China, which featured a gigantic holographic dragon swooping over the audience.

Tantula said his biggest takeaways from his tenure at Riot “were really learning that fine intersection between gaming and contemporary culture, and finding that very nuanced overlap.”

“One of our core missions at VENN is to hopefully help destroy a monoculture around gaming,” Tantula added.

Tantula didn’t shy away from drawing comparisons between VENN and G4 media, the video game-focused network that broadcast its last show in 2014 after changing ownership several times. It was originally owned by NBCUniversal but was under the control of Hearst Corporation’s Esquire Network at the time of its demise. G4 failed to grow viewership and had steadily dismal Nielsen ratings.

Tantula said that VENN’s current executive producer started working at G4 and noted that the company plans to take notes from both G4’s successes and failures to avoid a similar fate. What VENN now has that G4 didn’t is a plethora of social and streaming platforms to target, opening it up to a much wider global audience than G4’s local, linear channels could achieve.

“We’re definitely taking cues from G4, and also MTV,” Tantula said, noting that both channels were “extremely influential” to him growing up.

Yoshio Osaki, chief executive of games consulting firm IDG, said that VENN’s success will be largely determined by the specific content it can produce. A presence on Twitch and social media could be a double-edged sword, as VENN will be competing for eyeshare against countless other gaming and pop culture-focused accounts.

“There hasn’t really been a hugely successful analogue of this approach. The closest were OGN in Korea and G4,” Osaki said, referencing Asian esports broadcasting channel OGN which launched in 2000. “The devil is in the details. We have to look at the content they launch and how it maps against the distribution strategy.” Osaki added.

Osaki noted that Su’s deal with the VENN could likely help it build an audience.

“Bernie Su is one of the most successful artists straddling the line across different media verticals, and he’s a leader in transmedia entertainment,” Osaki said.

G4 could return next year. On July 24, the media network released a cryptic video on its Twitter page that said, “We never stopped playing,” noting the year 2021. G4 didn’t immediately respond to TheWrap’s request for comment about its potential revival or plans to compete with VENN and various game streaming networks.

VENN will generate revenue through ads, and Tantula said it doesn’t have any plans yet to turn the platform into a subscription service similar to streaming competitors. “We are a content network, not streaming,” Tantula clarified.

Tantula said that VENN is working with “skeleton crews” at its main studio in Playa Vista and office in New York City, and added that most of the upcoming filming will be done predominantly remotely. Besides shows developed by Su, VENN will syndicate “Grey Area,” a call-in talk show hosted by former adult film star and “Entourage” actress Sasha Grey; a gaming pop culture show called “The Download” and “VENN Arcade Live,” a daily variety show focused on gaming, culture and fashion.

Eventually VENN might look to target in-person events but because of the coronavirus pandemic is primarily on building a community of viewers and online fanbase.

“I don’t think we can forget the human side of things,” Tantula said. “You have to balance the human element. People connect with people, and that’s entirely what we’re doing at VENN.”

Why Are There Still So Few LGBTQ Characters in Gaming? (Guest Blog)

Xbox, Ubisoft and Every Virtual Gaming Announcement Scheduled This Summer

Why Digital Gaming Is Expected to Increase This Summer