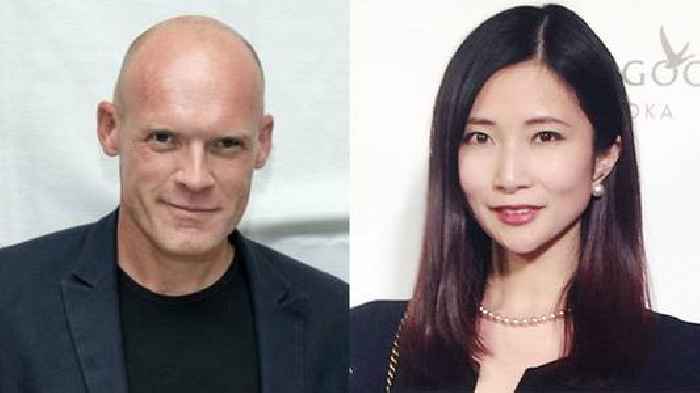 Two members of the Hollywood Foreign Press Association have resigned, saying the culture at the embattled organization is one of “insulation, silence, fear of retribution, self-dealing, corruption and verbal abuse.”

“Staying inside the association is no longer tenable for us,” Dutch member Diederik van Hoogstraten and Chinese member Ting Ting Wengting Xu said in a letter addressed to President Ali Sar and board members Helen Hoehne, Meher Tatna and the board.

Van Hoogstraten and Xu said the majority of 90-person membership “resists deep change” and “internal opposition to the status quo has been stifled. Critical voices have largely been ignored.” They also mentioned the new bylaws that they call “watered down to meet the demands of a majority of the current Board.”

The HFPA has recently been criticized over its lack of Black members — as well as its track record of snubbing movies and TV shows with Black creators — and deep corruption that drew backlash from the Hollywood community, prompting Time’s Up to demand an overhaul of the organization. On May 3, the group issued a “reimagination” of the organization, pledging to increase membership by 50%, hold new board elections and hire professional executive leadership. After backlash from groups like GLAAD and Time’s Up, and NBC canceling the 2022 broadcast, the members approved a new ethics code and hired more lawyers and consultants.

However, as TheWrap exclusively reported last month, members were turning on the organization’s lawyers and arguing to sue for providing “improper and legally damaging advice.” Many also renewed calls for the current board to resign over its handling of the firestorm surrounding the HFPA.

“Insulation, silence, fear or retribution, self-dealing, corruption and verbal abuse are just a few ways to describe that culture,” the letter from Van Hoogstraten and Xu said. “The HFPA continues to accommodate a toxic environment that undermines professional journalism. The bullying of members by fellow members is left unquestioned and unpunished. The badgering of talent and publicists: ditto.”

The letter went on to say that internal transparency has “decreased,” so financial details are even murkier than before and that there is still resistance to welcoming new members. Generous payments for committee members are still allowed.

“There has been no contrition, no humility, little recognition of our faults, no inspiring leadership,” the two members wrote. “We do not wish to be associated with a group, ostensibly dedicated to honest journalism and free speech, that relies on consultants and lawyers to speak for them in vague, legalistic terms.”

It continued: “In the spring there was a window to lead … That window has closed and Hollywood is moving on.”

The two also promised to build a new, inclusive organization for the next generation of reporters “who simply want to work together, without the toxicity.”

In a statement provided to TheWrap, the board members of the HFPA said: “At a time when the overwhelming majority of our members have chosen to be a part of change, it is disappointing that some members have decided to try and splinter our organization and sow division and doubt. While some may have their own agendas, the Board and membership of the HFPA share one, common goal — passing the transformational change our organization needs.”

The board members’ statement continued: “The Hollywood Foreign Press Association is an organization with more than 75 years of history. The amount of change that we have accomplished thus far is only the beginning. This is a crucial time for our organization, and we stand ready to collaborate with our members and outside groups to make this change a reality. We are forever grateful to the members that have decided to stay the course during this historic and trying time to help make this new era a reality for the HFPA.”

To: Ali Sar, Helen Hoehne, Meher Tatna, Officers and members of the Board of Directors
Re: resignations
June 17, 2021Dear colleagues,
The Hollywood Foreign Press Association is a toxic place for working journalists. So we resign as members of the HFPA, effective immediately. Our critics — journalists, publicists, rejected applicants, studio heads and talent — have since February laid out the reasons why the HFPA needs to change quickly and profoundly. In this letter we will add our perspective as HFPA members who supported reform.Staying inside the association is no longer tenable for us. We want to explain the reasons why.
• The majority of the membership resists deep change, despite our lawyers and spokespersons suggesting otherwise publicly. Internal opposition to the status quo has been stifled. Critical voices have largely been ignored.
• The new bylaws written by the consultants of Ropes & Gray have been watered down to meet the demands of a majority of the current Board and many change-averse members. Expanding the Board to 12 HFPA members and merely three outsiders, for example, all but guarantees the current culture will continue to thrive.
• Insulation, silence, fear of retribution, self-dealing, corruption and verbal abuse are just a few ways to describe that culture. And as Netflix founder Reed Hastings has said: a workplace culture cannot change. It’s a statement we have seen proven over the past four months. The HFPA continues to accommodate a toxic environment that undermines professional journalism. The bullying of members by fellow members is left unquestioned and unpunished. The badgering of talent and publicists: ditto. Perhaps the new Hotline will make a difference; on the other hand, complaints will end up being looked at by the Board itself. And just recently a letter of complaint sent by one of us about the behavior of a fellow member, addressed to the leadership, was forwarded to the target of the letter without our knowledge or approval.
• Many members continue to believe we are victims, an attitude that guarantees no self-reflection or change will occur.
• The election system enables power-driven candidates to gather majority votes by promising internal jobs to other members. As of today, under the new proposed bylaws, generous payments for committee work are still allowed and there is no minimum philanthropic requirement stipulated. E.g., as is common in many non- profits, at least 50% of income derived from NBC could automatically be passed on to philanthropy — a simple move which would benefit
recipients and could automatically serve to limit internal committee pay.
• Internal transparency, never great to begin with, has actually decreased since February, so members don’t know the details about the financials anymore. But we do know payments for internal jobs have skyrocketed. Morally and fiscally this self-dealing and sense of entitlement is a scandal in and of itself. But the lack of transparency goes beyond the financials: since February most decision-making has happened behind closed doors. Questions and suggestions from us as well as outside critics have been waved off or dealt with by hired
consultants, lawyers and PR agents.
• Due to the strategy to let lawyers and a PR firm do the talking we have come across as tone deaf for four months now. There has been no contrition, no humility, little recognition of our faults, no inspiring leadership. We do not wish to be associated with a group, ostensibly dedicated to honest journalism and free speech, that relies on consultants and lawyers to speak for them in vague, legalistic terms.
• There is still significant resistance to welcoming a large and diverse class of new members. The new proposed bylaws do not contain clear guidance for quickly identifying and admitting qualified journalists; something, incidentally, we could have done months ago.
• The idea to have all members resign and then re-apply under strict new requirements — a smart way to winnow down the membership to active reporters only — has been discarded by Ropes & Gray and the HFPA leadership. This means a large number of non-journalists will remain members of the HFPA.In the spring there was a window to lead. To make clear that we understood how the HFPA could learn from its mistakes, how we could come out healthier through radical reform and radical transparency. That window has closed and Hollywood is moving on.We believe in a welcoming, healthy, respectful place where working international journalists in Los Angeles can develop and thrive. That place is not the HFPA. After we leave we plan to build a transparent, professional and
inclusive organization for the current and next generations of reporters who simply want to work together, without the toxicity.Wenting Xu
Diederik van Hoogstraten