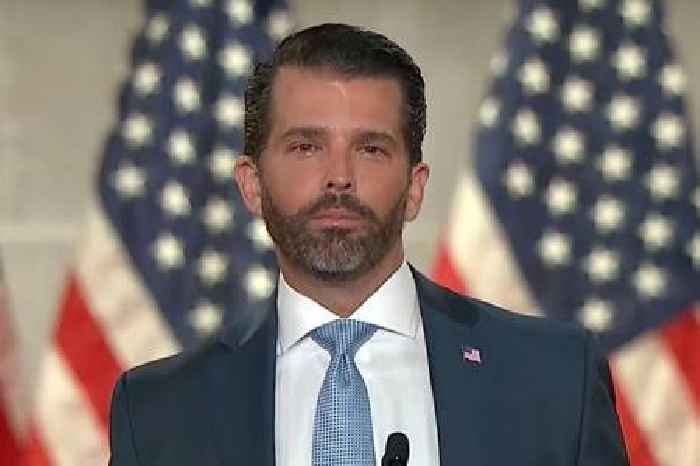 On Tuesday, Donald Trump Jr. defended Kyle Rittenhouse, the 17-year-old charged with killing two people in Kenosha, Wisc., and injuring a third. The president’s eldest son made the comments during an appearance on “Extra” to promote his new book, “Liberal Privilege: Joe Biden and the Democrats Defense of the Indefensible.“

Trump Jr. went on to say that maybe Rittenhouse “shouldn’t have been there,” but added, “He’s a young kid. I don’t want 17-year-olds kids running around the streets with AR-15s. Maybe I wouldn’t have put myself in that situation. Who knows? We all do stupid things at 17.”

Lindsay cut the president’s son off, telling him she thought Rittenhouse’s actions were “a little beyond stupid.”

“Really stupid. Fine,” he said. “But we all have to let that process play out and let due process take its course.”

Other conservative figures have been drawing ire for their support of Rittenhouse, too. Tucker Carlson, Ann Coulter and Michelle Malkin have all defended the teen, who crossed state lines when protests broke out in Kenosha over the police shooting of Jacob Blake.

'The View' Hosts and Sarah Huckabee Sanders Spar Over Report Trump Disparaged Troops: 'It Seems Like Something He Would Do' (Video)

Michael Cohen Says Trump Exhibited Racism 'All Too Many Times,' Told Him to Cover Up Alleged Affairs (Video)