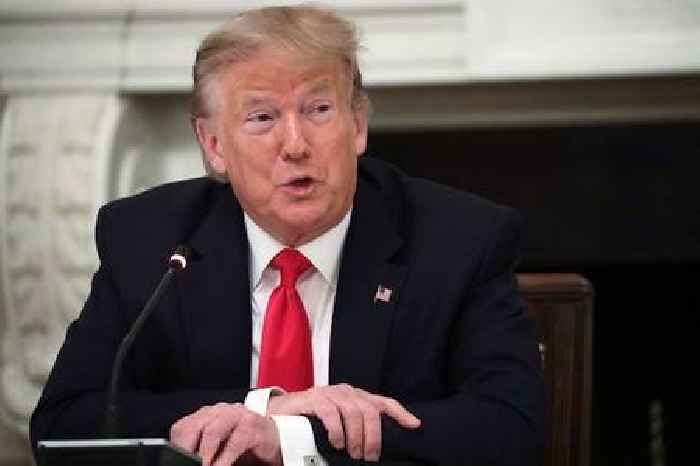 He told the Associated Press Trump deserves the honor for working “for a peace agreement between the United Arab Emirates and Israel which opens up for possible peace in the Middle East.”

Tybring-Gjedde is a Norwegian parliamentarian from the far-right Progress Party.

Tybring-Gjedde nominated Trump in 2018, too, citing what he saw as the American president’s efforts to bring reconciliation to North and South Korea.

The deadline to nominate someone for the prestigious prize — which was won by Trump’s presidential predecessor Barack Obama in 2009 — is Feb. 1. This year’s awards deadine has already passed.

Trump has predicted he would win the prize “for a lot of things,” but said the process is unfair, so he won’t. In April of this year, he also ranted against the committee, demanding to know when it would revoke Nobel prizes awarded to journalists. He actually meant Pulitzer Prizes and he repeatedly misspelled Nobel as “Noble.”

'The View' Hosts and Sarah Huckabee Sanders Spar Over Report Trump Disparaged Troops: 'It Seems Like Something He Would Do' (Video)

There really is a Trump tweet for every occasion. President Donald Trump, who attacked veteran journalist Bob Woodward on Wednesday..