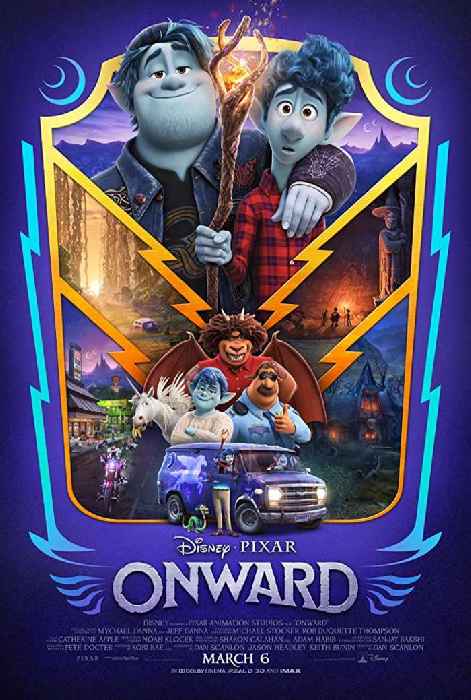 Marvel alumni seem to be spreading themselves far and wide at the moment, and Tom Holland and Chris Pratt (Spider-Man and Star Lord respectively) seem to be a couple of the MCU’s biggest stars who continue to secure plenty of work. For good reason, it seems! This time around the Endgame stars have secured themselves a slot on another Disney staple, a Pixar movie – and Onward is certainly one of the more interesting offerings from the label in recent years.

As a result of the COVID-19 crisis, Onward is one of few Disney properties in recent years to be considered a box office bomb. Official stats at the time of writing suggest that it’s made $75 million short of its budget at the box office – hardly surprising, when you consider that no one is going to the cinema at the moment! However, Disney made the somewhat bold decision to port the movie over to its home Disney Plus service in the US and Canada earlier in March – a move similar to that of Universal and Dreamworks choosing to push Trolls World Tour to video on demand, too. As of now, Onward is available to buy at home in the UK, a mere two to three months after it was initially released in cinemas. 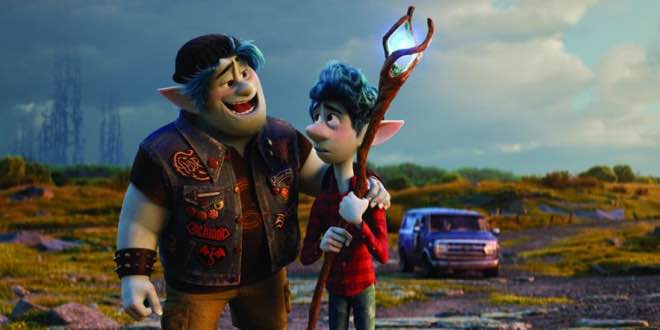 Onward is a strange movie, even by Pixar’s standards. Ian (Holland) and Barley (Pratt) are two elf brothers who live in a world that seems to be everyday suburbia twinged with fantasy lore. Both have grown up without a father due to his passing away many years ago, and alongside the fantastical elements of this movie, that provides the emotional core. In a world which is increasingly reliant on technology and less on the magic of old, Barley finds himself desperate to take on a quest of his own. When Ian finds that their father left them a spell to resurrect him for one day only on his 16th birthday, their lives get turned upside down – mainly because the spell doesn’t quite work – sending the brothers on an epic road trip.

At its core, Onward has a lot of heart. These are great characters, and it is fantastic to see a positive brotherly relationship in a modern movie – in a sense, it does avoid a lot of the negative stereotypes about brothers growing up together. Visually, it’s as appealing as Pixar’s standards usually are, particularly in the creative ways that characters are based on mythical creatures. Disney, as always, has a lot of fun with conceits like this, and much in the way that there are puns abound in 2016’s take on modern society in Zootopia, there are plenty of sight gags to take in here.

However, for a Pixar movie, Onward does seem to snag in a few areas. Unlike other pictures from the studio, while the concept and conceit are great, there’s very little in the way of build-up. We are thrown into the world of the story pretty sharpish, and while we do get to know these characters fairly well – thanks to a sensitive script and a great cast – there’s much of the movie left underwhelming. I’m drawing parallels again with Zootopia, in the sense that the concept is so broad, and the world of the story is so large, the movie barely knows what to focus on.

That’s why it seems strange, to me, that the movie focuses on the plot that it does – there’s an awful lot going on. The idea of a quest in a modern fantasy world is great – but throw in story world elements which need further development, and a handful of central storylines which seem to crash into one another, and you have a weirdly underwhelming experience.

Unfortunately, like classic Pixar movies in Wall-E, Ratatouille, Toy Story and more recently Coco, Onward isn’t all that memorable. As usual, it has a ton of great gags and the visuals are creative – but for Pixar, this feels like a little bit of a low bar. I feel if the focus had been a little sharper, and there had been more focus on establishing this world than throwing in sub plot after sub plot, it might have been a little easier to digest.

That said, it’s a perfectly entertaining movie, and one worth investing in while lockdown measures continue. It has far more highs than lows, and it’s likely to appeal to anyone looking for a simple, fun family film with a few interesting messages behind it. Is it Pixar’s best? Probably not. The studio has made more of intriguing concepts before, and while Onward feels more like their take on a buddy comedy of sorts, we might have to wait for the studio to release Soul later in the year to see them getting back to high concepts.